Discover the devil in you with MultiVersus’ rambunctious brute. 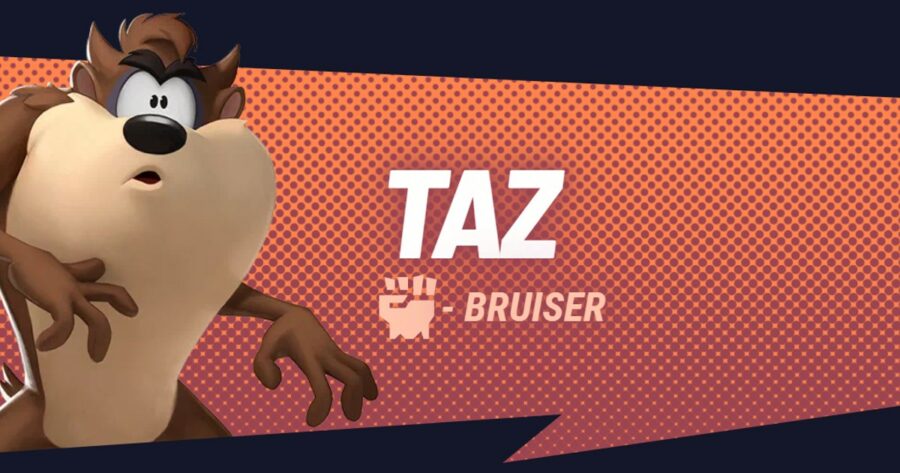 Previously viewed as one of the worst characters in the game, Taz has been the beneficiary of some recent buffs. Whilst he may still not be dominating the meta, the timing has rarely been better to pick up Taz and take him for a spin. Here’s how to play Taz in MultiVersus.

Taz is a Brawler-type character, which means that much like Shaggy — who we’ve discussed before, he’s intended to be played in a “rushdown” style. He’s at his best when he’s chasing down his opponents and putting on pressure. Most rushdown characters are fairly simple, and for the most part so is Taz; however, he has one defining feature that sets him apart from all the rest.

Taz’s passive ability means that some of his attacks deal stacks of “Tasty”. Tasty is a debuff that, upon reaching max stacks, will turn your opponent into a cooked chicken that is incapable of attacking for a limited time. It takes 16 stacks for Tasty to trigger. When a Tasty opponent is hit, they can drop pieces of chicken that you or your partner can pick up to eat and heal.

A lot of Taz’s game-plan focuses around threatening the opponent with the Tasty debuff. We’ll talk more about which moves apply Tasty as we get into the meat of this MultiVersus Taz guide. 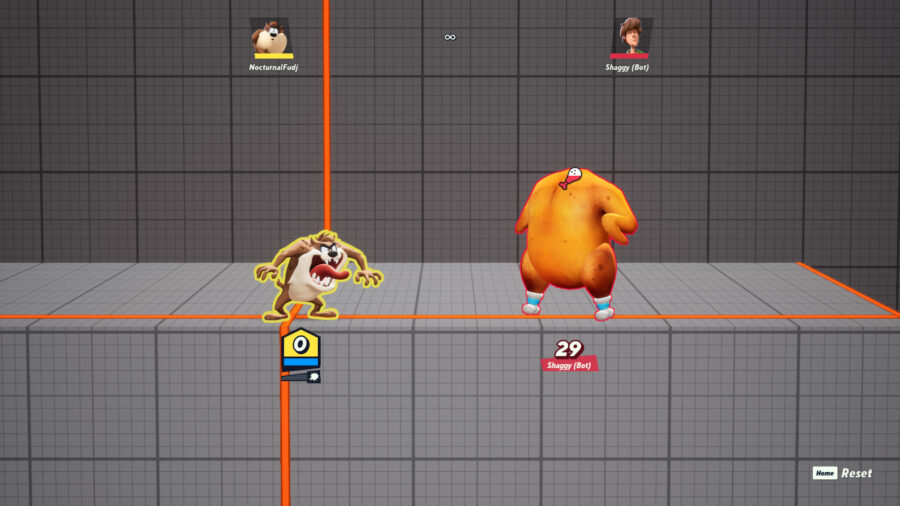 As an aggressive rushdown character with low range and fast attacks, Taz is very combo-centric. Learning how to optimize every opening you get will be key. Here are Taz’s three best combo starters and some of the combos you can get off them: 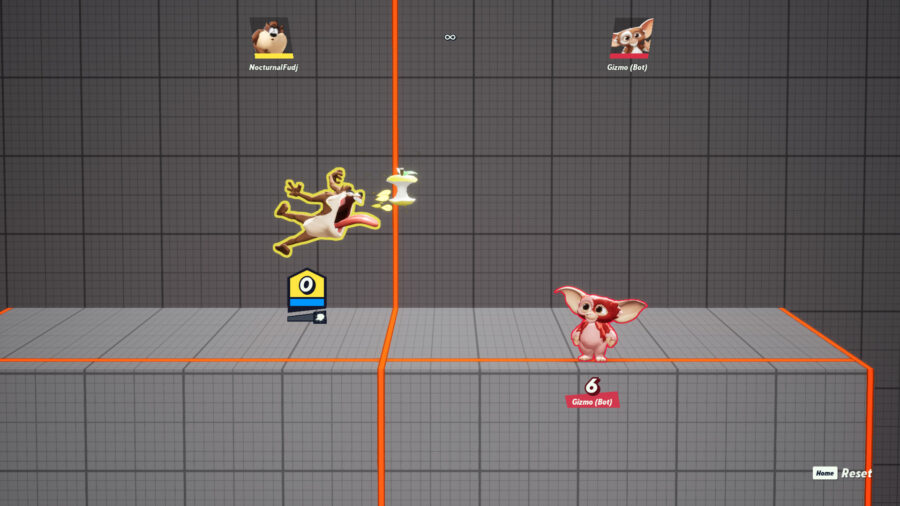 As a combo-oriented character, Taz has far more viable combo starters up his non-existent sleeves than this. Neutral Air and Forward Air are also very effective for this purpose, so give ’em a whirl and see what they’re capable of!

How to Use Taz’s Specials

Taz’s specials present some interesting options to spice up his aggressive gameplay. Where his normals let you get in, his specials are more about adding depth to his approach. 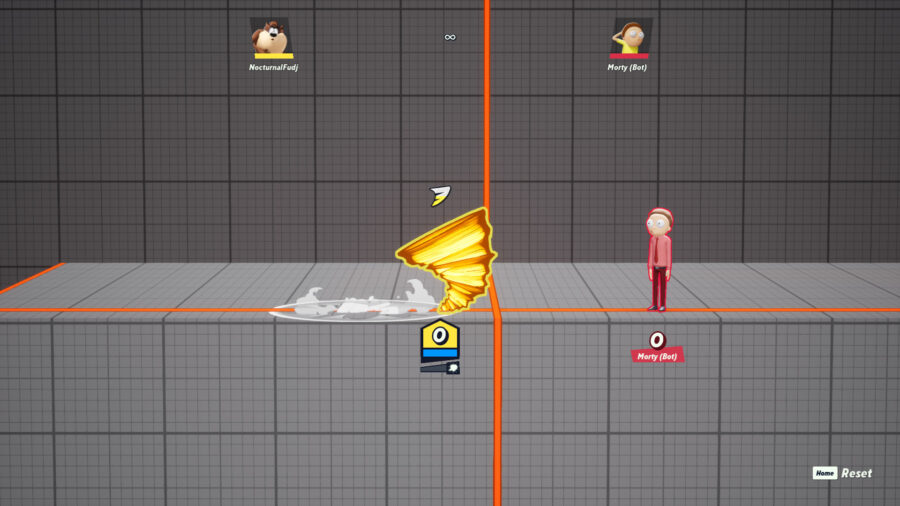 Here are some of the best Perks to use with Taz in MultiVersus: 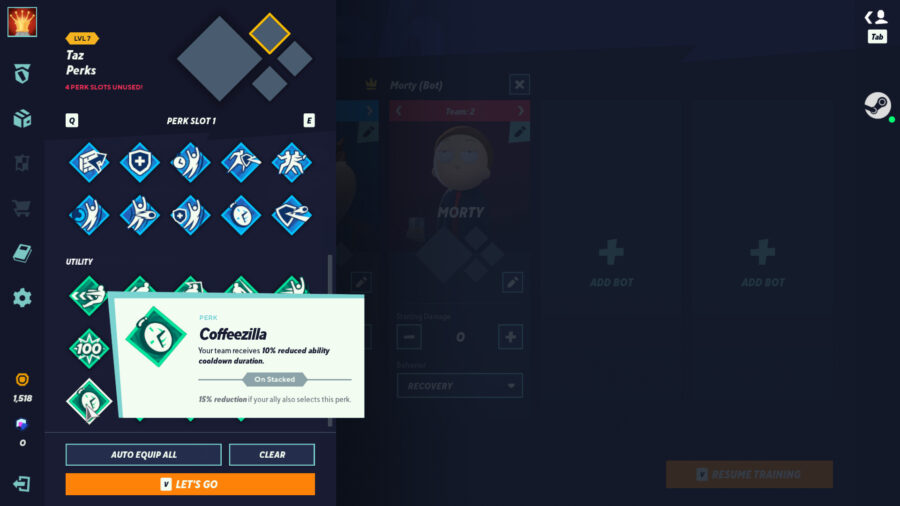 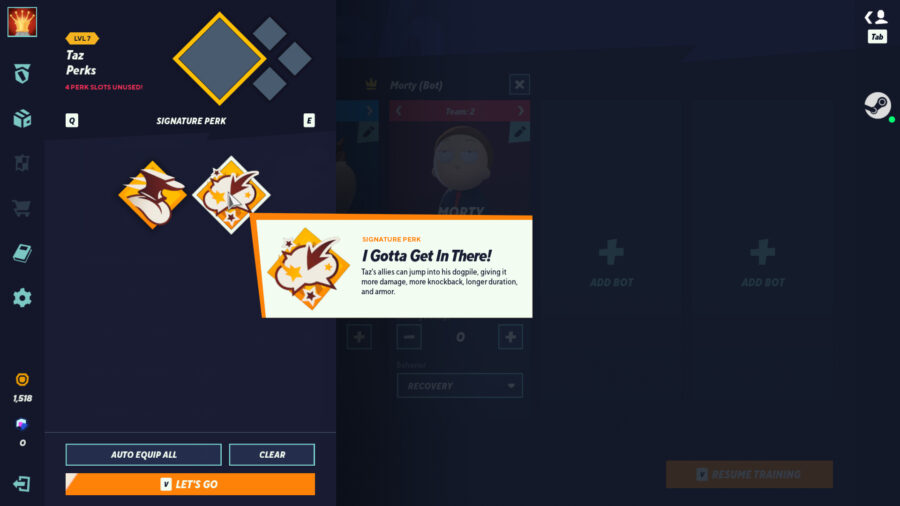 And that’s all, folks! Enjoy buttering up opponents with the kind of seasoned offense that no other character in MultiVersus presents! Happy climbing!