Is that a Gremlin? He’s got a gun! BLAM BLAM 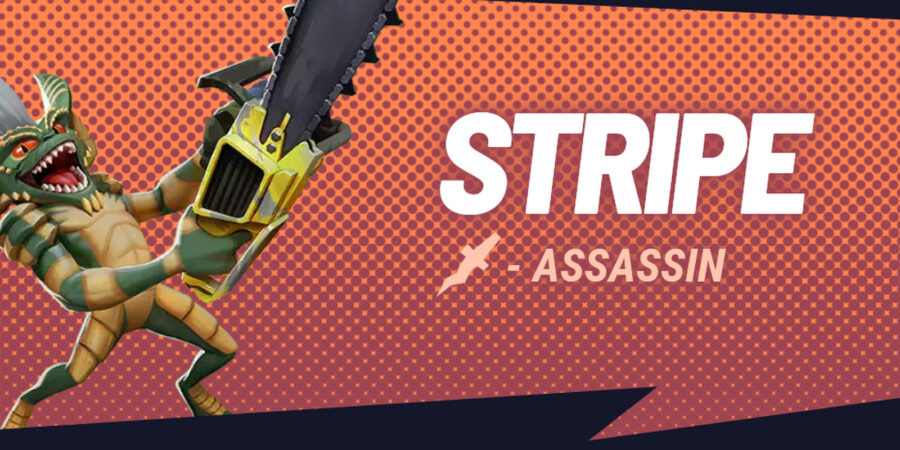 Stripe, the horrible Gremlin from the similarly-named movie, has just hatched his way into MultiVersus. He’s a fast, deadly Assassin-type character with a bunch of tricks to punish his chosen target. His general playstyle is straightforward rushdown, but the best Stripe players will be those who can use his moves creatively to torment the opposition. For a little help on causing the most havoc, here’s our MultiVersus Stripe guide. 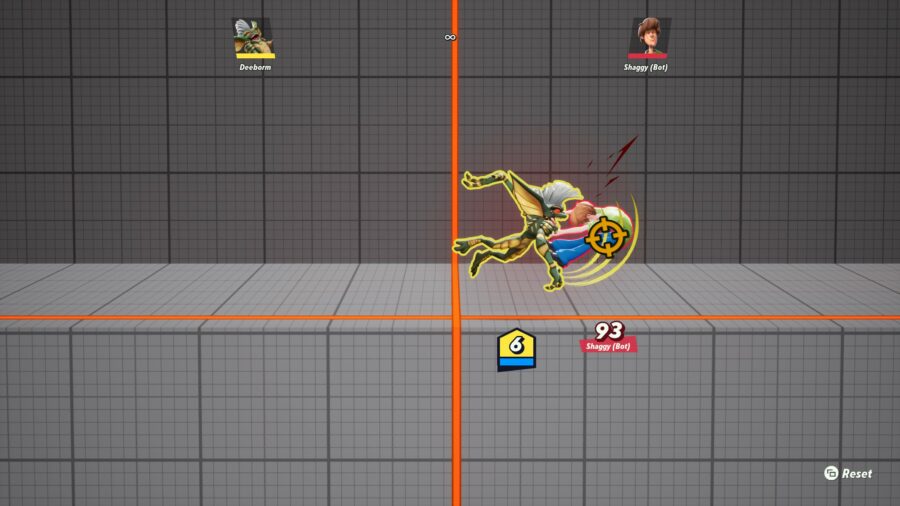 For the first section of the MultiVersus Stripe guide, I’ll review his normal attacks. These are usually basic claw swipes, but there are some important exceptions. Almost all of Stripe’s physical attacks apply a Targeted debuff (shown above) to enemies that lasts a couple seconds. It allows him to follow-up with his gun, which will be explained in the special attack section. 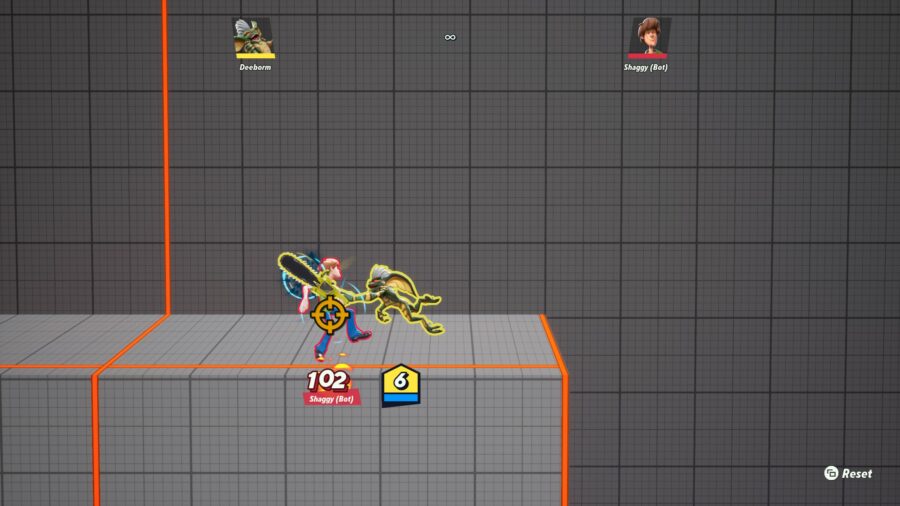 In this section of the MultiVersus Stripe guide, I’ll cover Stripe’s special attacks. They’re straightforward, most of them being attacks using different tools (such as a gun).

How to Win Team Battles as Stripe 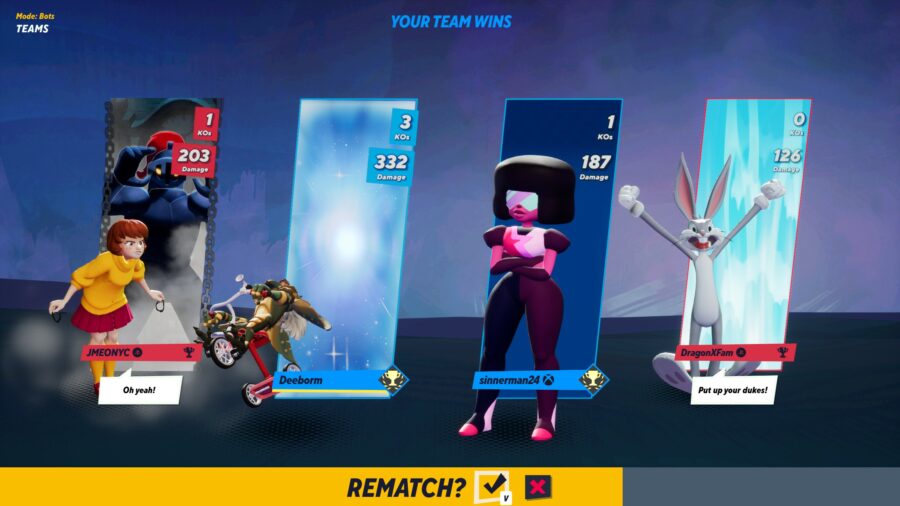 For this section of the MultiVersus Stripe guide, I’ll explain some basic team strategies. Stripe is a simple guy: he hits and shoots. He can do a lot of damage very quickly, but he’s light and has poor recovery; typical Assassin qualities. He doesn’t have much teamplay besides his circling saws and his ability to move quickly to help his ally. Stripe’s job is to get kills.

A good teammate for Stripe is a Tank with low kill power that can take damage in Stripe’s place and get in the enemy’s face with saws, like Superman or Iron Giant. Another option would be a character who can augment Stripe’s poor defense, like Steven with his shields or even Velma with her bouncing projectiles. The best of all may be Wonder Woman, a frontline tank who can also provide armor.

How to Win 1v1 Battles as Stripe 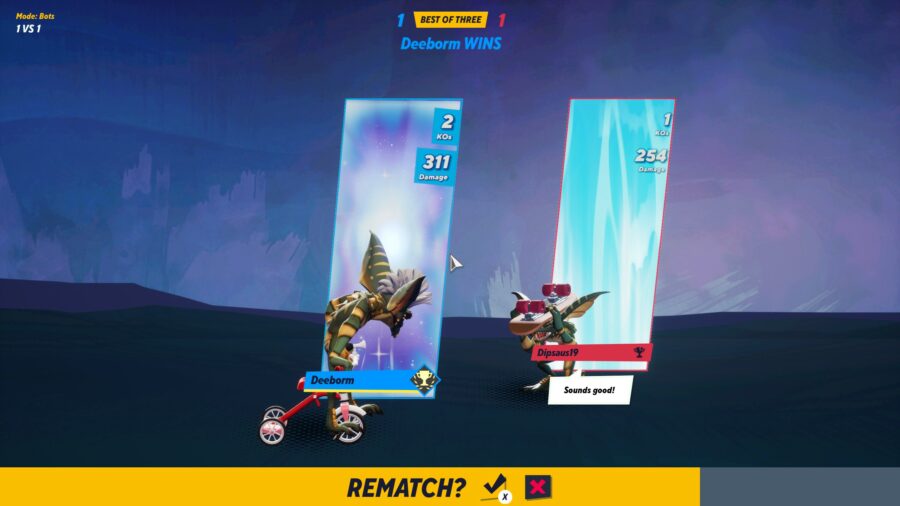 Assassins are naturals at 1v1, and Stripe is no exception. He’s fast and deadly, and his gun can be extremely frustrating for everybody. His basic gameplan is to poke with buzzsaws while looking for an opening with side air attack. Once he’s in, he can tear up the enemy with his claw strings.

Although Stripe is quick, he’s punished hard if he puts a foot wrong thanks to his poor recovery. For this reason, it’s a good idea to mix riskier, stranger moves into his fighting to make the enemy nervous. His down ground trap makes a quick response for aggressive enemies, and his side air chainsaw makes a deadly counter against foes who think you’re in a vulnerable midair position – as long as your aim is right. 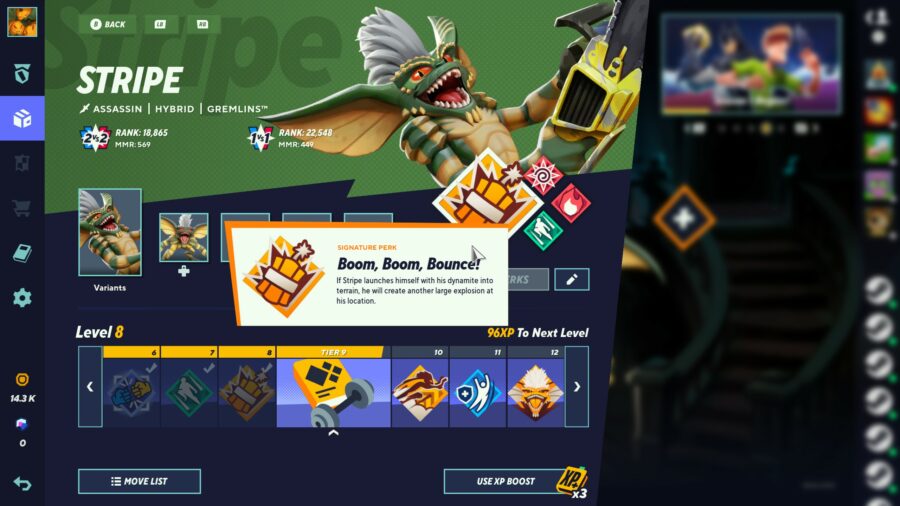 For the last section of the MultiVersus Stripe Guide, here’s some info about his signature perks.

Boom, Boom, Bounce! is the easiest Signature Perk to use in most situations.

For secondary perks, you may think to buff Stripe’s projectiles. An ice debuff from each gunshot using Ice To Beat You sounds good, right? Wrong. Stripe’s gun doesn’t benefit from projectile debuff perks. Only his saws and radio trap apply debuffs from Ice To Beat You and That’s Flammable, Doc. They’re still worth considering since Stripe has a lot of saws, but shouldn’t be a priority.

Instead, consider perks that strengthen Stripe’s weak recovery. Triple Jump is obvious, but Fancy Footwork (extended dodge distance) can both help Stripe avoid attacks and use his dodges for better recovery. Add I Dodge You Dodge We Dodge onto that for cooldown reduction, since Stripe’s best tools (gun, saw, dynamite) all have cooldown. That should make a solid all-around setup.