Climb the online leaderboard with some tips to become a top player! 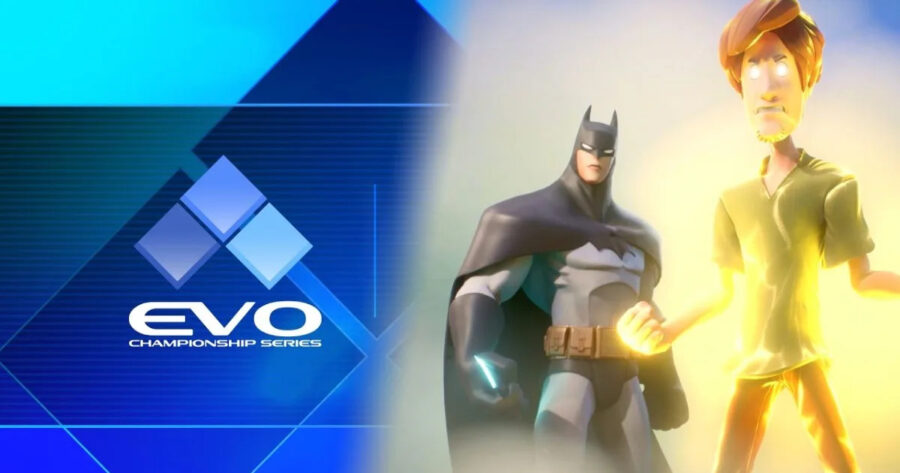 Now that the dust has settled somewhat after the initial release, players are getting good at MultiVersus. Tournaments are being hosted all over the world, and competition at the top of the leaderboards has never been stiffer. We’ve already taught you how to go from scrub to scrapper, now it’s time to take the next step. This isn’t just about how to get better at MultiVersus, this is about how to get downright scary. This is how to play like a MultiVersus pro.


MultiVersus is fast. Like, really fast. One reason for this is that few of your actions are a commitment. In most fighting games, there’s a fixed amount of “endlag” or “recovery frames” or whatever term you want for “time that you can’t do another action after having just done one” attached to most things you do. In MultiVersus, this only applies to moves — and not even all of them. Almost all your actions; your jumps, dodges, some of your attacks and even taunts after a certain point can be cancelled into eachother by simply, well, inputting that action.

We touched on how almost every character’s Grounded Side Attack is a multi-hit move that can be cancelled into something else in the guide linked above, but you can do the same thing with dashes and jumps as well. To really feel it, give it a try with Superman, who has an incredibly long dodge. Use his dodge, and then mash jump or an attack and notice how it cuts the dodge short. That’s exactly what we’re talking about. 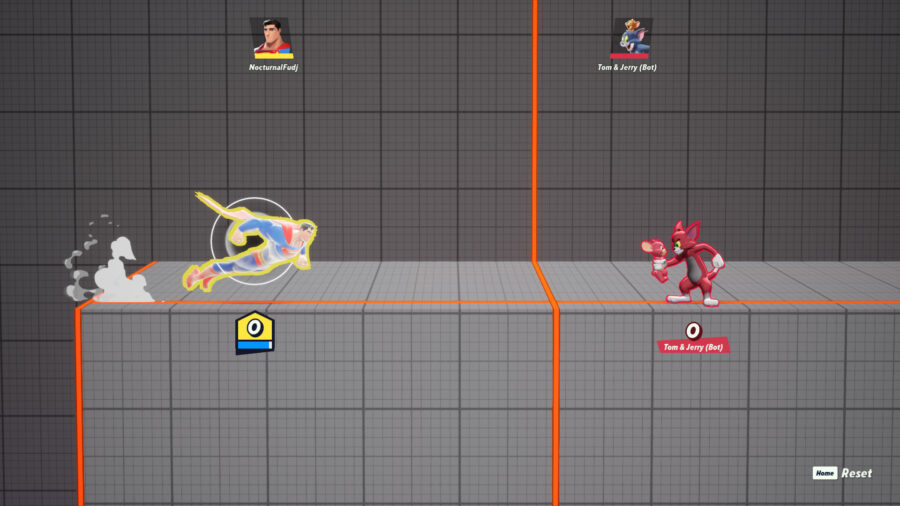 Let’s take a game like Smash Bros for example. When you roll it’s a commitment, and when you initiate a multi-hit attack, you can rarely follow the first hit of that attack up into whatever you want — you’re locked into the original move. This freedom is a privilege afforded to you in this game, and one you should take advantage of if you want to play like a MultiVersus pro.

Have you fought someone who just feels faster than you? Who feels impossible to hit even if they’re a bigger or slower character and every time they hit you — they open you up for massive damage? That’s because they’re cancelling their actions into one another, and moving as fast as the game engine allows.


There is no simple rule that’s gonna make the applications of cancelling your actions immediately obvious. It’s something you’ll have to practice and learn how to use through feel, but understand that to play this game optimally is to use this cancel mechanic — to cancel your dodge into an attack as an offensive movement option, to cancel an attack into a jump to make a previously impossible combo work.

But instead of finishing the move as a 2-hit combo, try inputting a Grounded Up Attack (Slam-Wich) after the first hit. Bam! It’s a whole new combo route. The full attack is good for sending opponents off the side, but if you want more damage, setting up a combo here instead is the MultiVersus pro move. 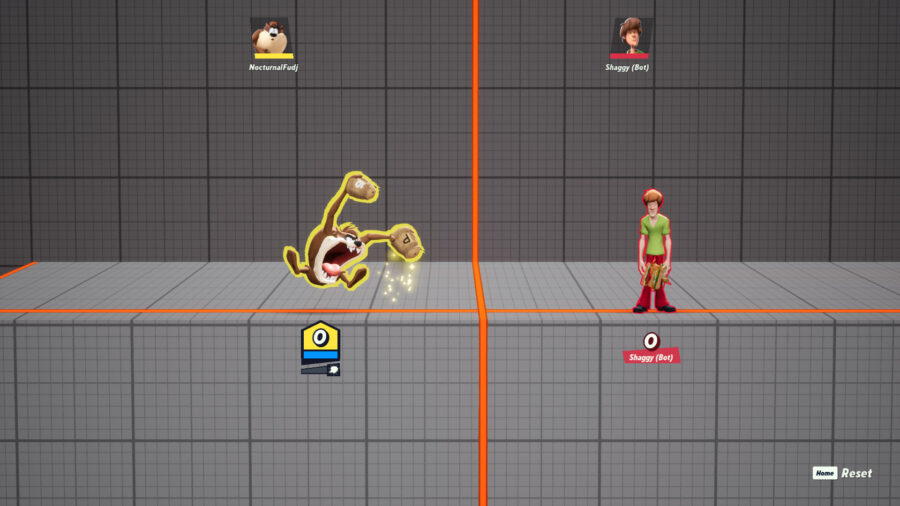 Almost every combo in MultiVersus starts like this. Aerials are rarely ever what starts a combo, and if they are they often just combo into themselves once or twice (with the exception of most Down Airs). In a very general sense, MultiVersus’ aerials are for neutral and edgeguarding, and your grounded attacks are for starting combos. If you look into an advanced combo guide for your character (and you should!) you’ll find that a lot of them for almost every character, start with a Grounded Side Attack.


Put simply, some perks are better than others and if you really want to see high level success, you’re gonna want to start learning more about them and using them to their fullest potential. For example, have you been using School Me Once to foil the troublesome Tom & Jerry’s projectiles? Have you just been running the same 3 perks the whole time even if they don’t really aid your character? Leaving Triple Jump on as Iron Giant, perhaps?

Generally, you want to stack perks with your teammates to maximise their effectiveness, but you also should be ready to compromise. If you’re playing Shaggy but teamed with a Reindog who’s decked out with projectile-related perks like Deadshot and Make It Rain, Dog, completely copying their perk loadout is not going to help both members of the team proportionately. You should both be looking to use perks that help both members of the team!

Check out our perks guide for more insight into which specific perks are good. The long and short of it is — Triple Jump and Snowball Effect are crazy good! There’s tons of other good ones too, but they’re more character specific. Be versatile and ready to change up your loadout depending on the matchup! And test out the effects of these perks in the lab.


MultiVersus, quite unlike most other platform fighters has a variety of elements and status conditions. From Weaken to Slow to Fire and Ice, Taz even has his own unique Tasty debuff! Most of these are fairly self-explanatory. Fire deals tick damage over time, Weaken means you’ll receive higher damage and knockback, so on and so forth.

These are all represented by equally self-explanatory icons that you’ll want to be aware of. A turtle icon means your opponent has been slowed, a broken bone represents a weakened character etc.

The one you really want to be on the lookout for is Ice. Thanks to the Ice To Beat You! perk, Ice had previously been a staple perk for many teams and even after being nerfed, is still quite an intimidating prospect. If enough stacks of ice are built up on you, you’ll be frozen into an ice block and have to mash buttons to break out, and the mashing alone can be enough to put you in a precarious position! 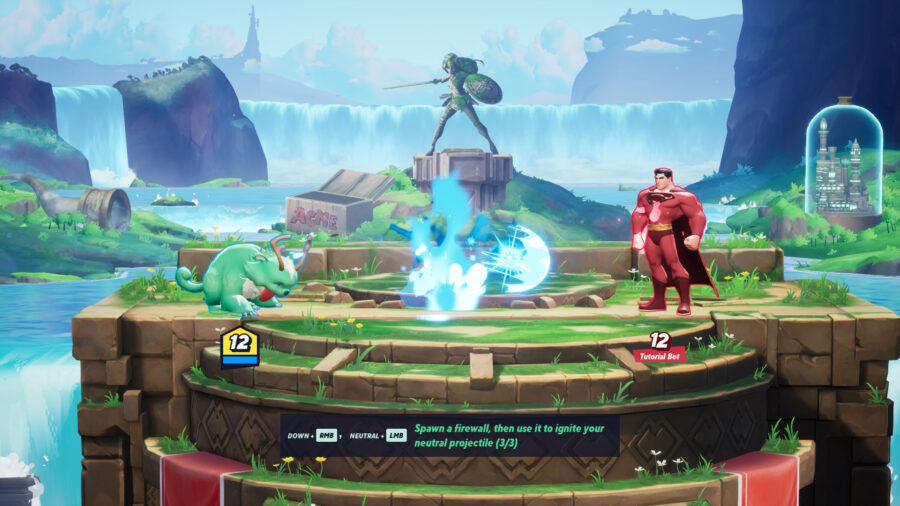 Some moves, like Superman’s Ice Breath and Iron Giant’s Blast Radius have elemental properties without perks. Some elements even interact with each other, like how Superman’s Ice Breath can put out Reindog’s firewalls. This’ll be taught to you in one of the game’s advanced tutorials, which is definitely something you should check out if you want to play like a MultiVersus pro.

Elements and statuses are important! And more important than you might think. Take them into consideration when building your perk loadout, and try and be cognizant of the icons that represent them in your actual matches.


Finally, here’s a tip that may be somewhat less practical for some — but is important nonetheless. Try and find a static teammate! This isn’t possible for everyone, but sometimes online randoms just don’t cut it. Being able to actively communicate with your partner is huge, as is refining and building a balanced team comp. A lot of the best players in the world have a static teammate, or at least a few high-level players they can partner up with at any point for some games online. And if you’re serious about high-level play, you should seek out the same thing. 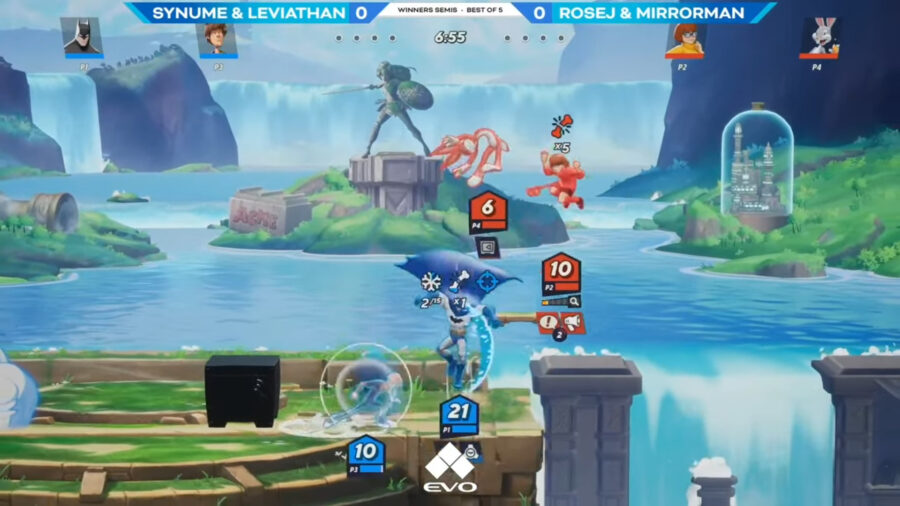 And hey! If you get good enough and follow enough of our advice and if you make a habit of watching the world’s best players in high-level competition and tournaments, the networking should handle itself! The leaderboard is a built-in measuring stick for improvement. Let that be proof of your progress. Practice, stay patient, stay enthusiastic and you’ll see those beautiful ranking numbers drop in no time. Best of luck out there, and don’t forget about us when you’re drowning in your $100,000 EVO winnings!