Hit your enemies with a rock. 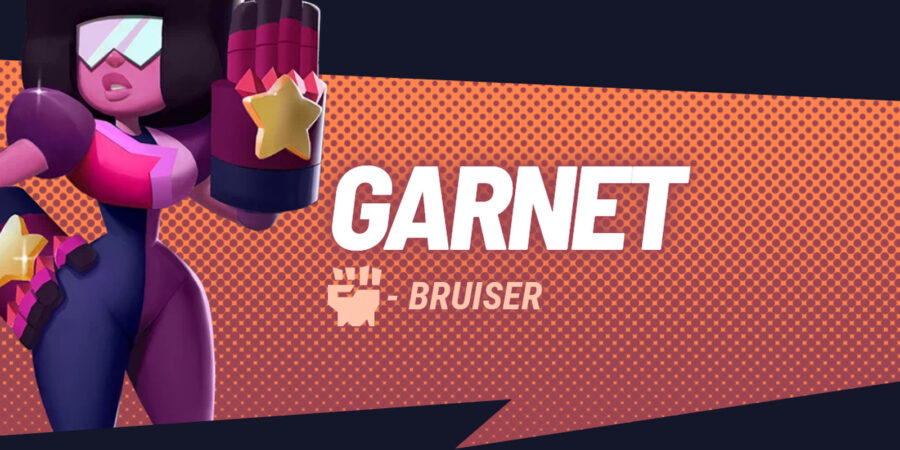 The stoic leader of the Crystal Gems joins MultiVersus as an all-around Bruiser. She’s considered a “recommended” character in-game. That means she’s easy to learn for beginners and, more importantly, inexpensive. Despite her alleged ease of use, Garnet has never been considered especially good compared to other characters. She’s slow, fairly short-ranged, and her specials are unwieldy. Nevertheless, she offers a variety of unique abilities. Also, with the speed of incoming MultiVersus patches, you never know who’ll be the next top tier. In this MultiVersus Garnet Guide, I’ll review her attacks and their uses, along with general strategy. 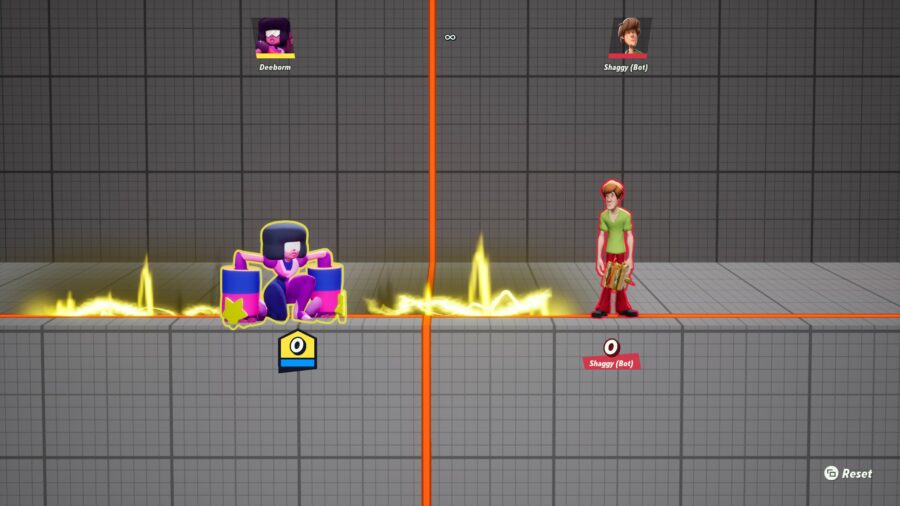 For the first section of this MultiVersus Garnet Guide, I’ll describe her attacks and their uses. 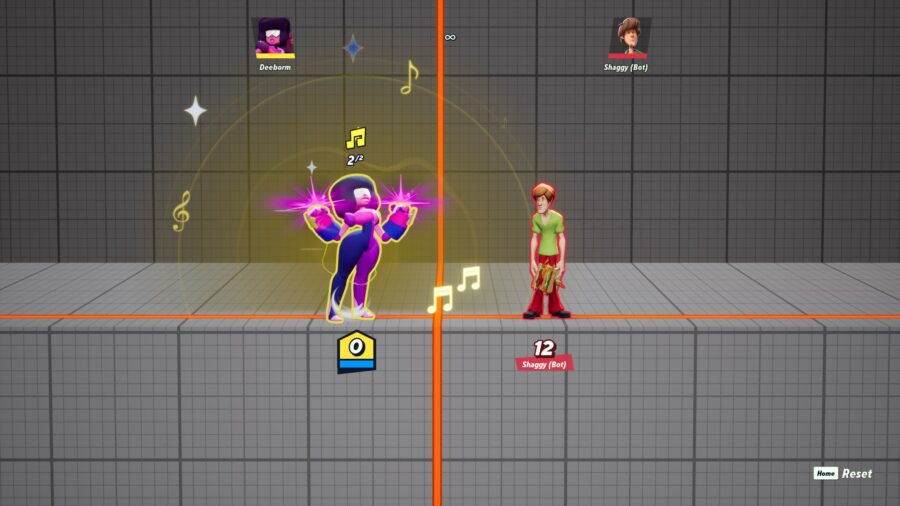 Most of Garnet’s special attacks behave the same in the air as they do on the ground, but her upward special is a notable exception.

How To Win Team Battles As Garnet 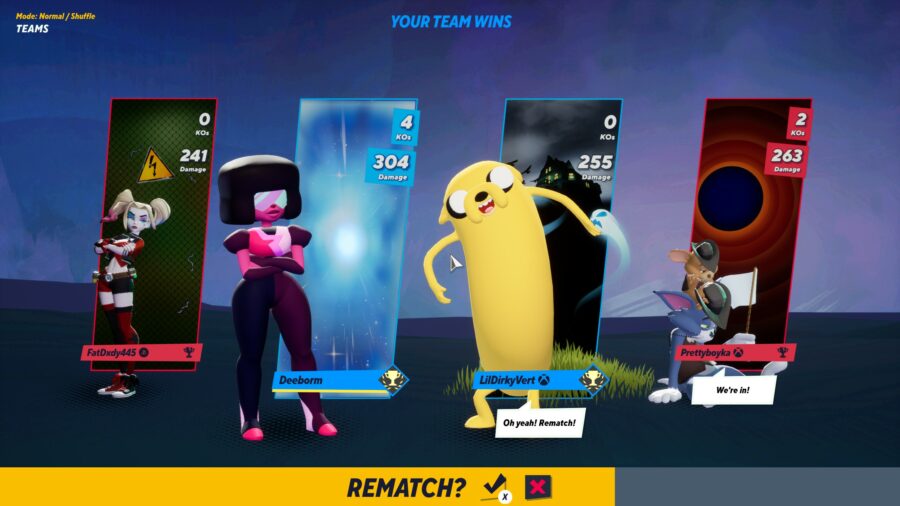 MultiVersus‘ Garnet makes a decent addition to any team. She can take the frontline and soak up damage with her weight and armored attacks, or she can hang back and harass the enemy with electricity, all while applying a speed buff. Having said that, her defense is better than her offense. An effective teammate for her would be an Assassin like Finn or Arya who can get quick kills while Garnet runs disruption.

Another teamplay option would be Steven Universe, whose bubble shield can provide extra armor to Garnet and keep her slow attacks a little safer. You could also pair Garnet with a powerful Vertical fighter, like Batman or Harley. Garnet’s powerful horizontal attacks are easy to avoid with some height, but less so if that would put enemies in range of a teammate’s deadly vertical kill move.

How To Win 1v1 Battles As Garnet 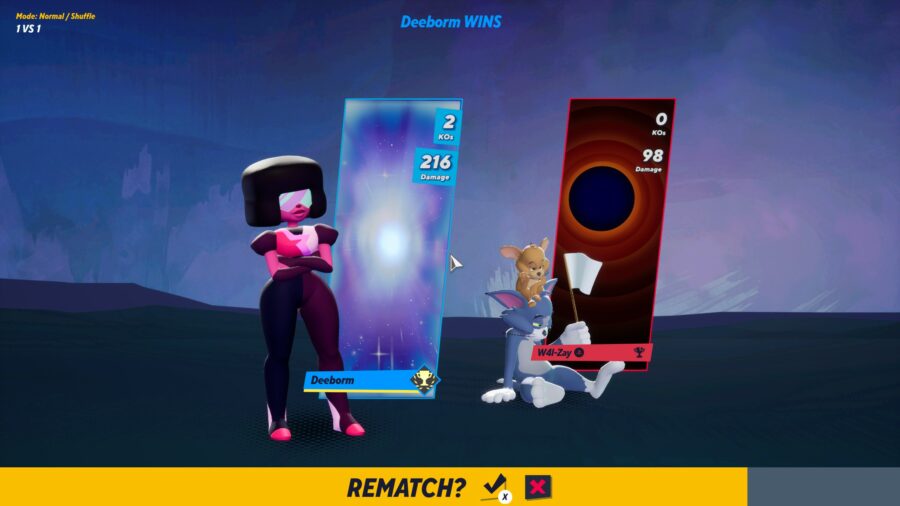 Garnet’s low speed, range, and recovery make this an uphill battle. Of course, nothing’s impossible for a skilled enough player. Victory will come down to exploiting the enemy where they’re weakest. If their range is poor, use down attack and side special, if they’re aggressive, use your armor, and if they rely on projectiles, quickly cancel them with some singing. Garnet isn’t a pro in any one area, but she has tools to respond to most situations. Just remember to stay mobile: in a one-on-one battle, her slower attacks are even easier to avoid. 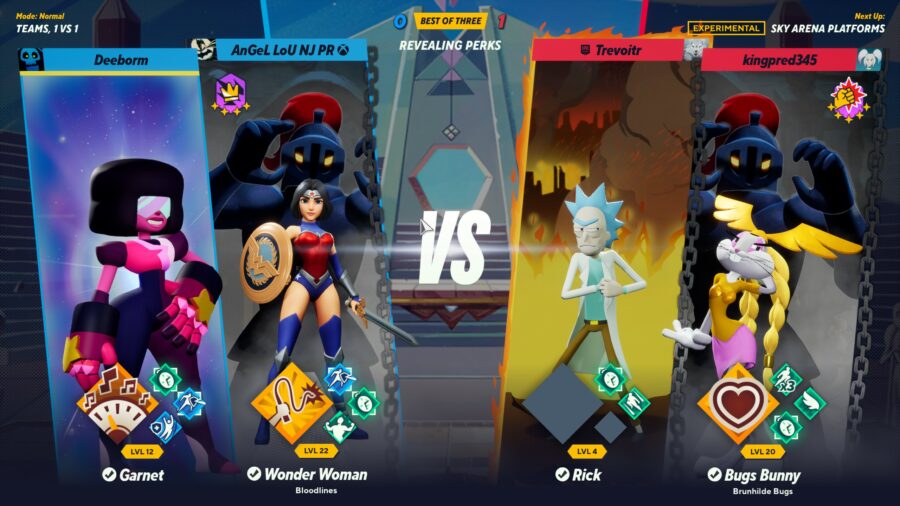 For the last section of the MultiVersus‘ Garnet Guide, I’ll go over her perk options. Garnet’s two Signature Perks are Electric Groove at level 8, and Marker at level 10.

Electric Groove is the preferred Signature for Garnet, giving her a stack of singing buff when the enemy touches her up special electricity. Since you should have the electric trap out whenever possible, this translates to a little speed boost from time to time. Simple and effective.

Marker leaves Garnet’s down special star where her side special gauntlets end up. In theory, this could offset Garnet’s poor recovery, letting her fire the gauntlets onto the stage, then use down special to jump to their position. In practice, however, it makes her gauntlets more awkward as a reliable projectile, since using this Signature triggers the down special cooldown. Being able to use each special independently allows for more flexibility.

The current secondary perk meta in MultiVersus is to focus on utility. Sure enough, Garnet can take advantage of her survivability to make the most out of Tasmanian Trigonometry and ‘Toon Elasticity. With a couple useful cooldown abilities, she can get a little use from Coffeezilla or I Dodge You Dodge We Dodge.

I should mention a couple of perks that aren’t useful. First, Percussive Punch Power, boosting horizontal attacks. You might think to use this on Horizontal Garnet, but there are two issues. First, damage perks are weaker on average than defensive ones. Second, several of Garnet’s kills come from upward or downward strikes anyway. Static Electricity, a late-learned Garnet perk, might seem like a good synergy with Electric Groove, but it requires you to stay grounded. That’s not viable in any platform fighter. Instead, consider situational use of the Armor Crush red perk. With that, Garnet can break defensive enemies from a great distance using her charged down attack.