The best ways to ball out with MultiVersus’ basketball brawler. 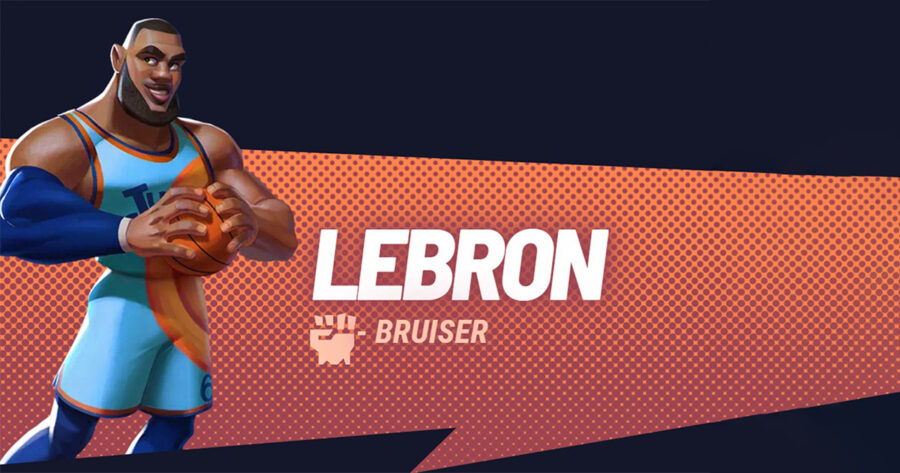 In the most out-there addition to MultiVersus’ roster yet, LeBron James from Space Jam: A New Legacy joined the game’s combatants. LeBron’s moveset centers around his basketball. LeBron players will need to manage this NBA regulation-sized projectile carefully. With proper resource management and teamwork, though, LeBron can be a fantastic star player with any MultiVersus duo. 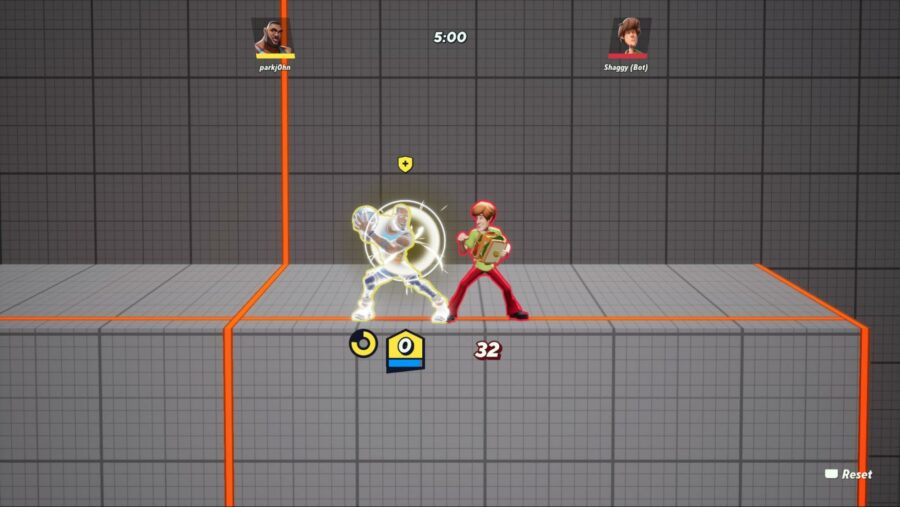 Using LeBron’s special moves generally makes him lose his basketball. However, if he gets back to his ball after using his neutral, up, or down specials, he can pick the ball up again and go back to using his basketball-reliant moves. 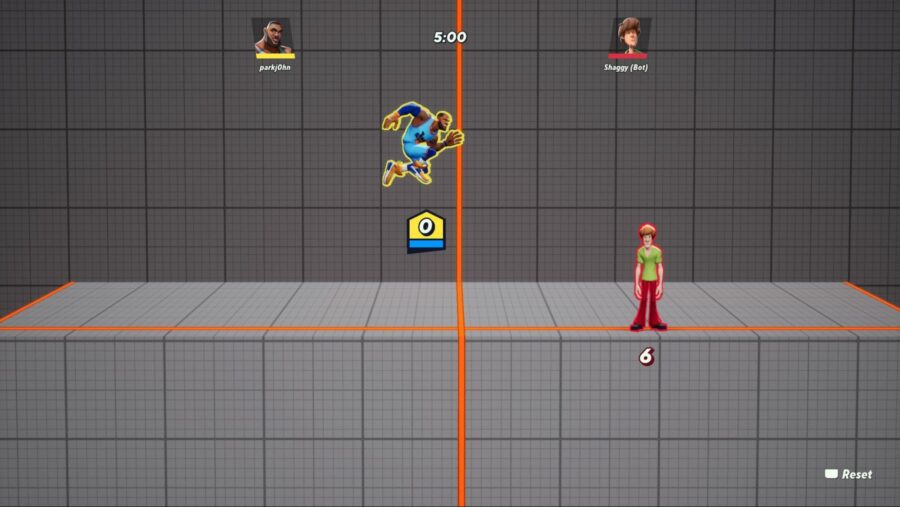 How to Win 2v2 Battles as LeBron James in MultiVersus 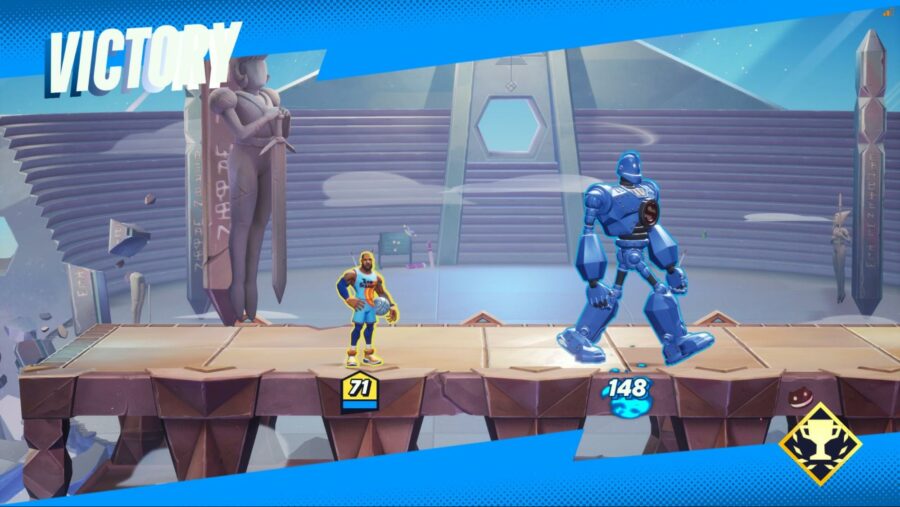 LeBron is one of the most team-centric characters on the MultiVersus roster, rivaling even the game’s support characters with how much he uses teamwork. Highly mobile characters make great partners for LeBron to maximize the chaos his projectiles can create. Here are some great characters to try pairing LeBron with:

While LeBron is in the game’s Bruiser class, he does his best work from the back lines. While LeBron’s partner draws in his opponents, he can utilize his basketball to cause trouble in the midst of MultiVersus’ crowded battles.

This type of play can thrive even better on certain stages. In particular, Scooby’s Haunted Mansion and Cromulons can help players create controlled chaos with LeBron’s basketball. The enclosed nature of these stages let LeBron’s thrown basketballs bounce for much longer, making LeBron’s basketball into a tool that can cause continuous poke damage to enemies.

These basketball-throwing specials can be used in those ways to hit enemies. However, LeBron’s basketball can also be passed to teammates. When LeBron’s partner has the ball, the ball will be thrown in the direction of that teammate’s next attack. If that basketball hits an opponent, LeBron can use his Side Special to teleport to the ball, and perform an armored version of his powerful dunk attack. Because of this, it’s highly recommended to use LeBron when with a teammate you can communicate with clearly to maximize the usefulness of this alley-oop technique.

How to Win 1v1 Battles as LeBron James in MultiVersus 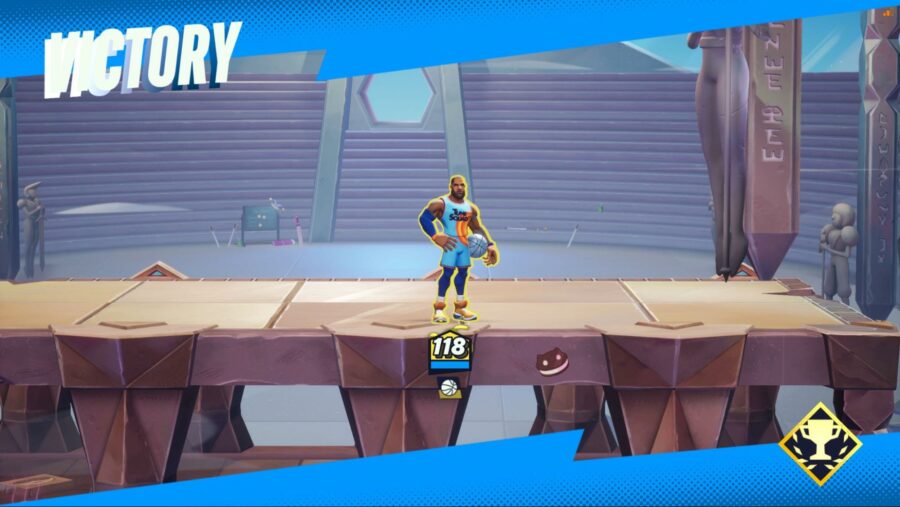 Unfortunately, without as many characters on stage, LeBron becomes a weaker character. Less chaos means less opportunity for LeBron. But, there are still some ways the basketball phenom can put up a fight in smaller-scale battles.

One important tip is to be much more careful with the basketball in one-on-one fights. In team battles, with so much happening on screen, it’s easy to recover the basketball. However, in 1v1 battles, it’s easy for the basketball to get lost or thrown offstage. Because of this, try to plan basketball throwing attacks around whether you can get it back. Keep extra careful track of LeBron’s basketball summoning cooldown that appears after using his neutral special. Being without the basketball for a little bit can be to your advantage if opponents don’t know the alternate moveset. However, it’s generally best to keep the projectile basketball in your possession more than not. 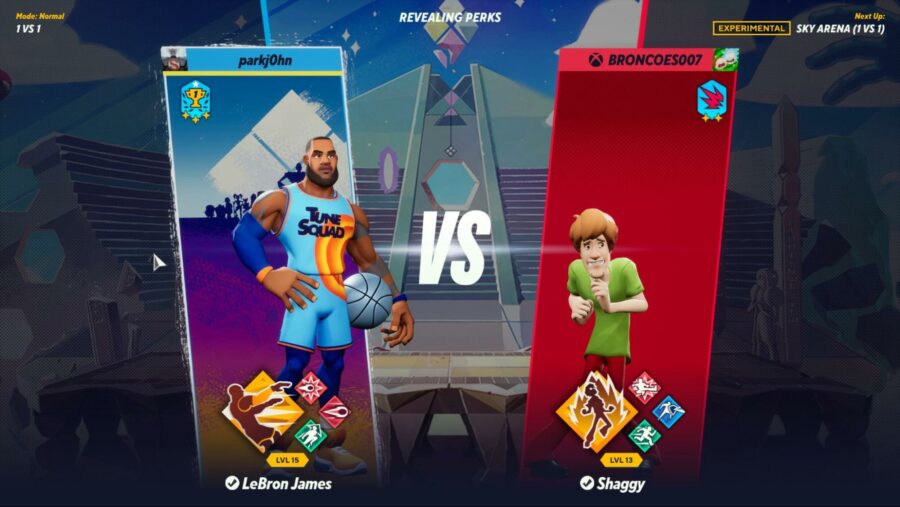 LeBron has some great perks for players to equip. There’s a lot of room for experimentation with these perks, but there are a few that work especially well with LeBron. Here are some of the best perks for LeBron’s 1v1 showdowns:

LeBron’s best one-on-one perks are fairly straightforward. “Make It Rain, Dog!” increases projectile speed, making it harder for LeBron’s opponents to escape his passes, shots and dunks. This works in tandem with “Deadshot,” which increases projectile damage by 5%. “Leg Day Champ” increases LeBron’s jump height, further enabling him to chase opponents vertically with his powerful Up Air Attack and ranged special moves. Finally, LeBron’s best 1v1 signature perk is “For Three!” This perk makes long shot basketball throws explosive, increasing the knockback and damage of long-range shots. This makes LeBron a threat offstage even if he doesn’t leave the stage himself. 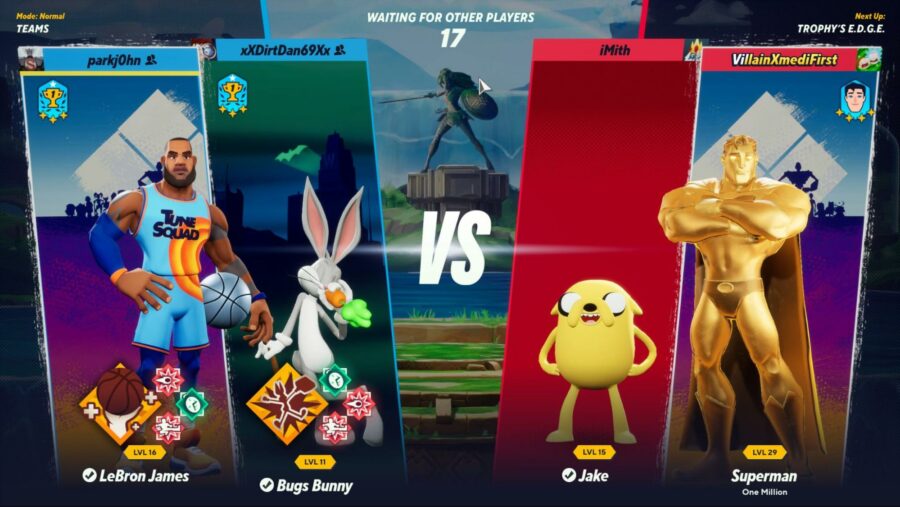 LeBron’s best perks stay mostly the same in Teams matches. The only major difference is the different signature perk, utilizing “Keep Possession” instead of “For Three!” This new signature perk gives LeBron and his teammate 3 points of armor to absorb damage. This both incentivizes keeping the ball in play for LeBron, and effective passing for his teammate. Other perks worth trying depending on LeBron’s teammates are “Coffezilla” (decrease ball summon cooldown) and “Lumpy Space Punch” (powers up his already formidable aerial attacks).

LeBron Changes in Season 1 of MultiVersus 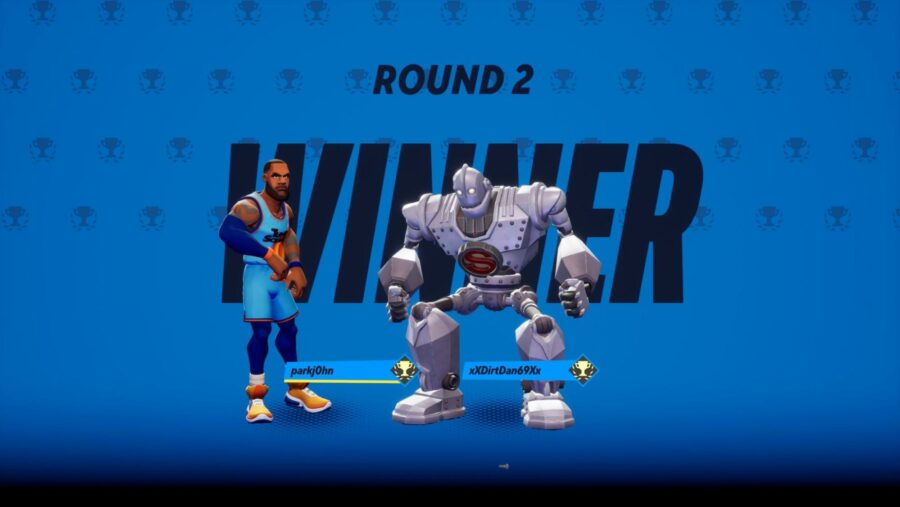 LeBron had some significant changes in MultiVersus’ Season One patch. Luckily, many of these are buffs. Here are the highlights of LeBron’s major changes:

Overall, LeBron’s changes have made him even more of a force to be reckoned with. His skill in 1v1’s still unfortunately leaves some room for improvement. However, LeBron’s passing prowess and shooting skills make him an excellent contributor to any MultiVersus team.