What are the best perks to use in MultiVersus Season 1? 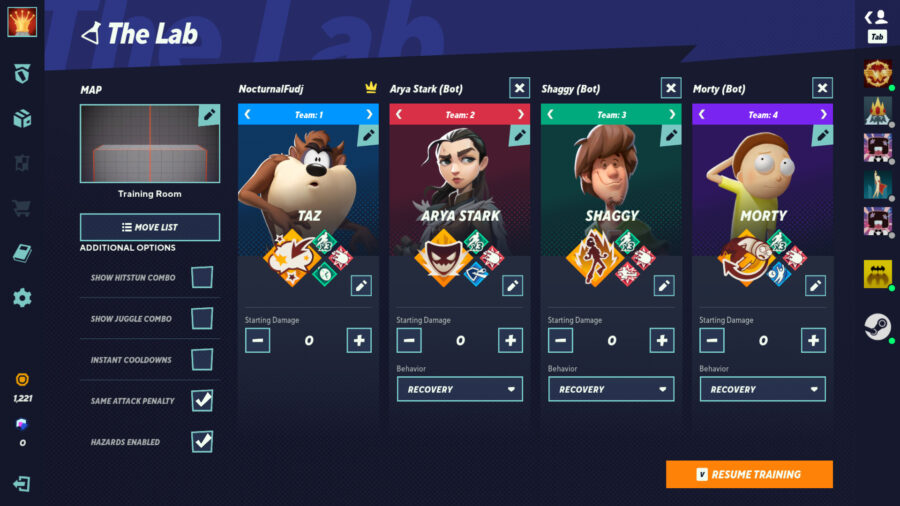 MultiVersus perks are an important part of your gameplay. They can be tweaked to assist you in certain matchups and help enhance the hyper-specific strengths of your character of choice. And while character specifics may play a role in deciding which perks in MultiVersus are “best”, we’re fairly certain we can identify which ones are the most universally helpful across the cast.

So, in a general sense; here are the perks in MultiVersus that are generally being talked about — and being shown to be the best. 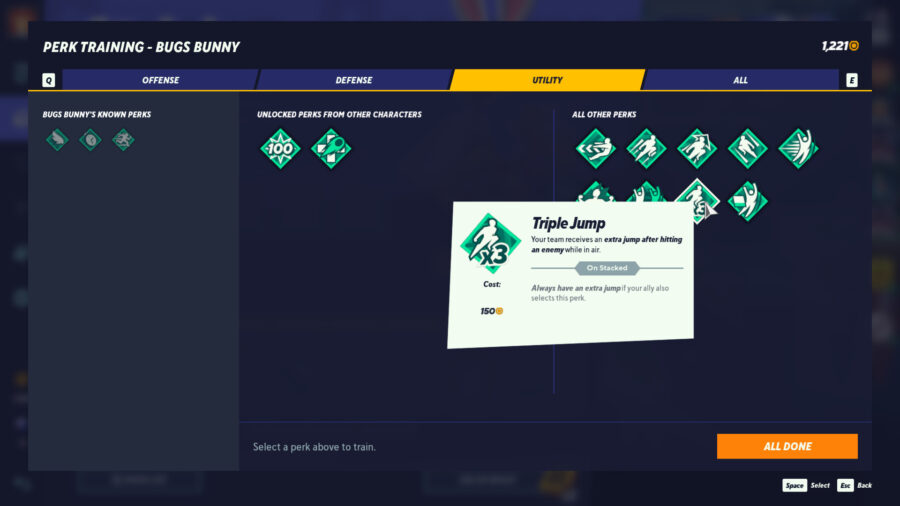 Let’s get the simplest MultiVersus perks out of the way; Triple Jump is widely considered to be the best perk in the game, and is almost ubiquitous at high-level play. It’s not hard to see why either, a jump is a very powerful resource and having a third one is always going to be extremely powerful. The only character in MultiVersus right now who doesn’t benefit hugely off Triple Jump is Iron Giant, and even then he can probably still find some use for it. For characters who frequently get their KOs off the top or have fairly limited recovery options like Wonder Woman or Shaggy, this perk is a must have — and you should almost always be looking to stack it with your partner so you can have that sweet, sweet permanent third jump. 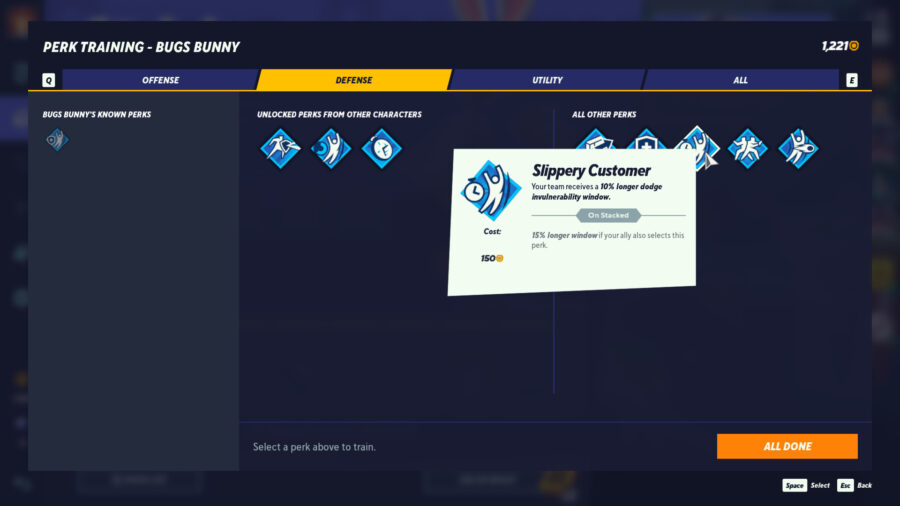 In a game with little to no defensive options; dodging is a core part of every character’s gameplay, and so we have another perk with very universal benefits in the form of Slippery Customer. It’s certainly better with characters with particularly long dodges like Superman, but a 10% longer dodge invulnerability window is a big step up for any character that you should notice right away. Slippery Customer may also be slightly more useful in 1v1, where you can dodge more effectively — but no matter which format you’re playing in, this perk’ll have you bobbing and weaving like it’s nobody’s business. 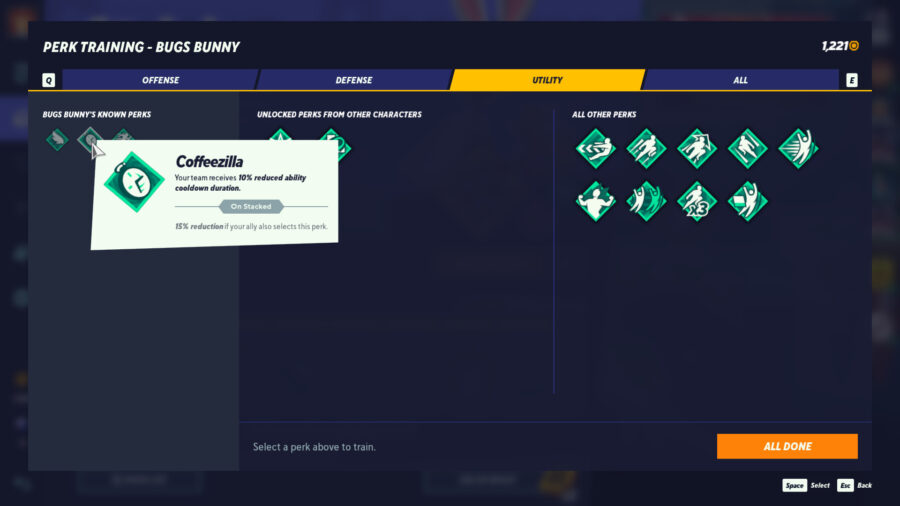 Ever so slightly more character specific than most of the other perks on this list, Coffeezilla is still very useful for a vast majority of the cast. Do you play a character like Bugs or Taz who has a lot of ability cooldowns? Then it’s simple, pick this perk and let the gimmicks fly! Only characters with few cooldowns like Shaggy or Finn struggle to make use of this perk, and even then there’s still some reason to consider it. Coffeezilla may also be better in a 2v2 format, as it’s likely that at least one of your team will rely heavily on abilities with cooldowns, and a 15% reduction is pretty huge. 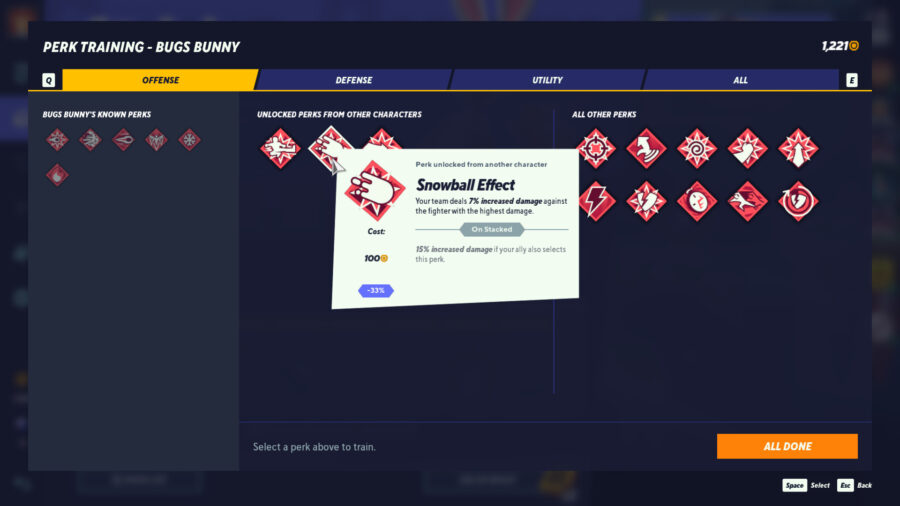 A hugely powerful MultiVersus perk and without a doubt one of the best in the game. Snowball Effect works in singles and is still very effective, but is obviously only active when your opponent is at higher damage, which is something worth keeping in mind. In teams, though? This perk goes. A base 7% increase to anything is higher than the typical 5% increase most unstacked perks offer, and the effect is good enough that a 5% increase would probably still be viable on its own. The only caveat to this perk is to not run it when you have an Iron Giant on your team, as he will almost always be the fighter with the highest damage, rendering the perk null.

MultiVersus perks: SCHOOL ME ONCE 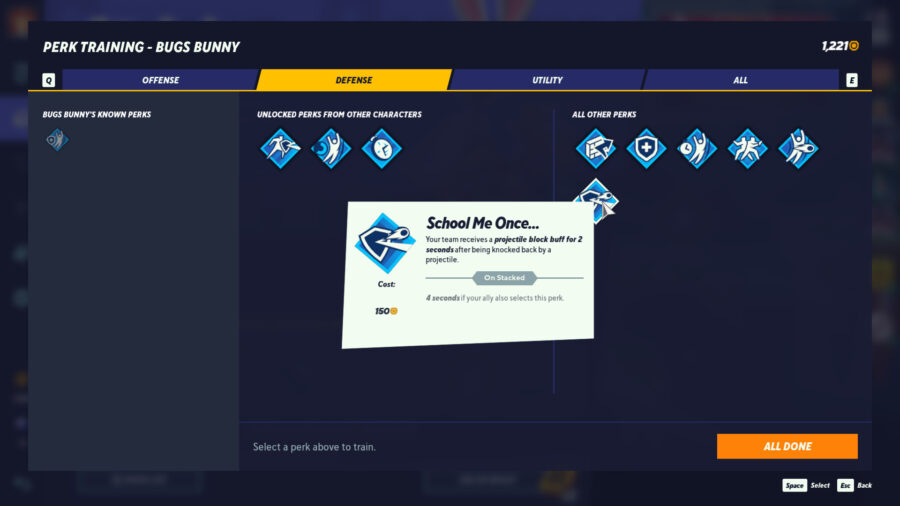 In a game where far more characters than you might expect have projectiles, School Me Once is incredibly useful for defensive counterplay. Giving you increased resistance against projectiles that you hit repeatedly is yet another universally helpful attribute to attach to just about any character, but is most useful for the larger characters with lesser mobility that likely to be hit more; your Iron Giants and Superman of the world. The likes of Tom & Jerry and LeBron James should be much less problematic should you slap this perk on against them specifically.

And finally it’s yet another mobility MultiVersus perk. Turns out mobility is pretty important in this game! And almost any perk that improves your mobility in any way is bound to be at least somewhat useful. Aerial Acrobat, however — is likely one of the best of them. And as always, you don’t want to use this in an attempt to patch up the weakness of an already slow character, but you want to use it to accentuate the already impressive air speed and acceleration of characters like Arya and Bugs. Min-maxing in a competitive setting; and further exacerbating your character’s strength rather than trying to cover your weaknesses is almost always the way to go, folks.