For when you need to get serious about clowning around. 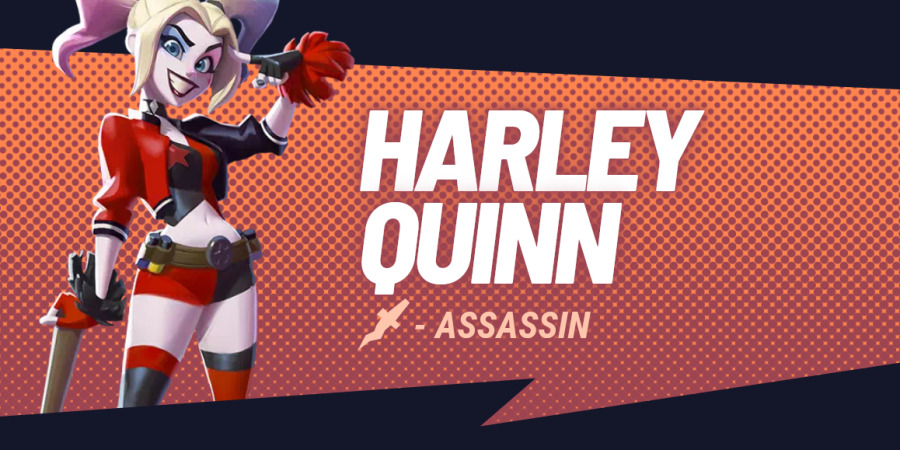 Harley Quinn, former Joker fangirl and current leading lady, is one of the premier assassins in MultiVersus. Fast and deadly, Harley can lash out with a storm of strikes, and mess up her enemies with traps as well. If you want to strike crushing blows and then laugh about it, here are some tips on how to best use MultiVersus Harley Quinn’s moveset. 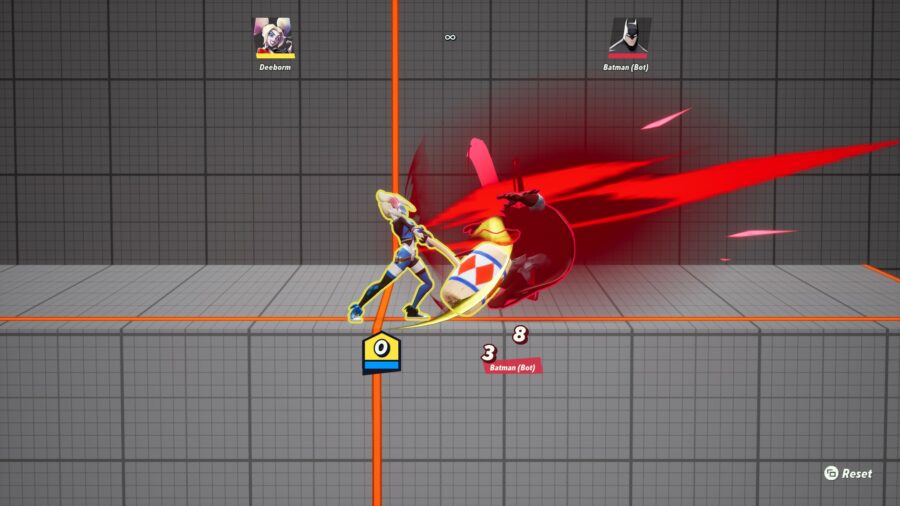 As a MultiVersus Assassin, Harley Quinn’s normal attacks tend to be quick, and easy to chain into one another. Some of Harley’s attacks apply a unique status effect called Confetti, which triggers a damaging burn effect after enough hits. Harley is at her best when she can apply Confetti, then perform a multi-hit combo for big damage and a burn at the end. 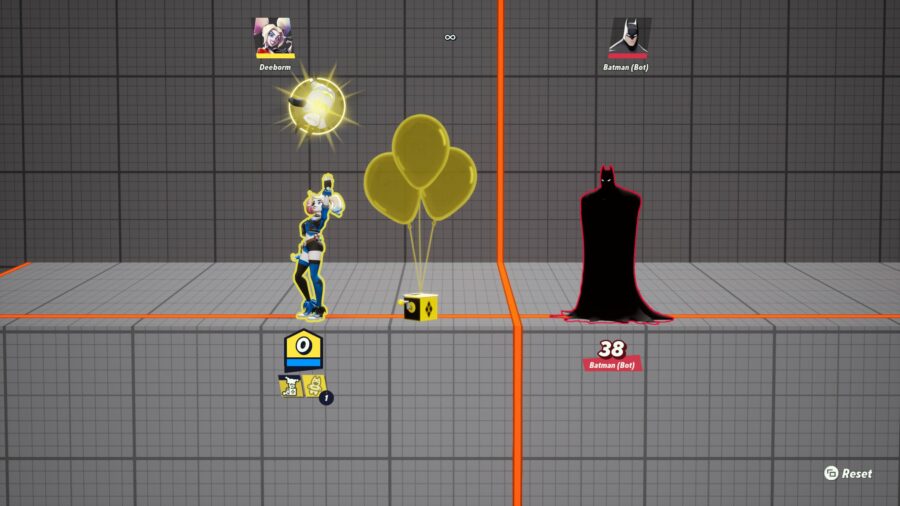 Unlike most other characters in MultiVersus, all of Harley Quinn’s special attacks work exactly the same in the air as they do on the ground.

How to Win Team Battles as Harley 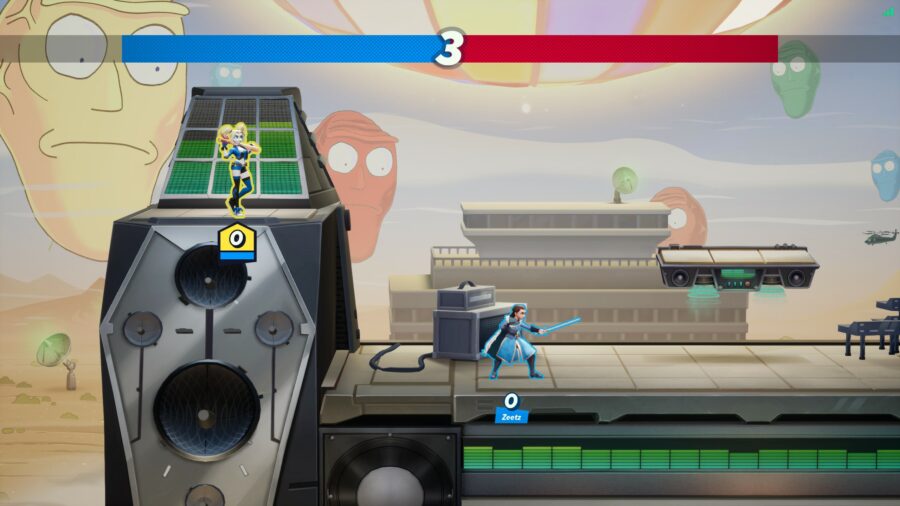 MultiVersus‘ Harley Quinn is fast and deadly, but she dies quick. Her strengths make her a solid teammate in most setups, but she doesn’t have many dedicated support moves. She’s best at controlling space for herself and her team, quickly intercepting enemies harassing her teammate, and securing kills off the top of the screen.

When paired with other Vertical characters such as Batman, or anyone who tends to juggle enemies upward, Harley is in a great position to follow up with a lethal air combo. She can also benefit from characters who help her live a little longer. Wonder Woman‘s armor can let Harley shrug off a hit and start her assault, as can Steven Universe‘s shield bubble.

How to Win 1v1 Battles as Harley 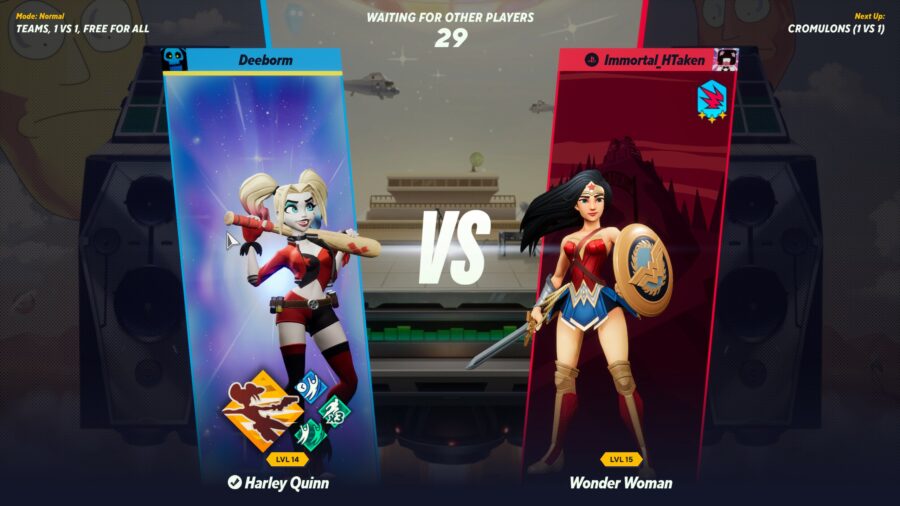 MultiVersus‘ Harley Quinn’s lack of team skills means she tends to dominate in 1v1. Her speed and combo potential are all you need to open up the enemy and cause lots of damage in a short time. Zip forward with a grounded down attack or a big swinging neutral air attack. If your enemy tries to back off, you can start setting traps. Chain explosions together to get stylish kills off the top!

If Harley has a vulnerability, it’s that she has some trouble dealing with horizontal projectiles. These can disrupt her otherwise decent range, and also destroy her jack-in-the-box. It’s possible for Harley to dodge these and close the distance, but she has no natural defense against them. Be mindful of your MultiVersus opponent’s strengths. 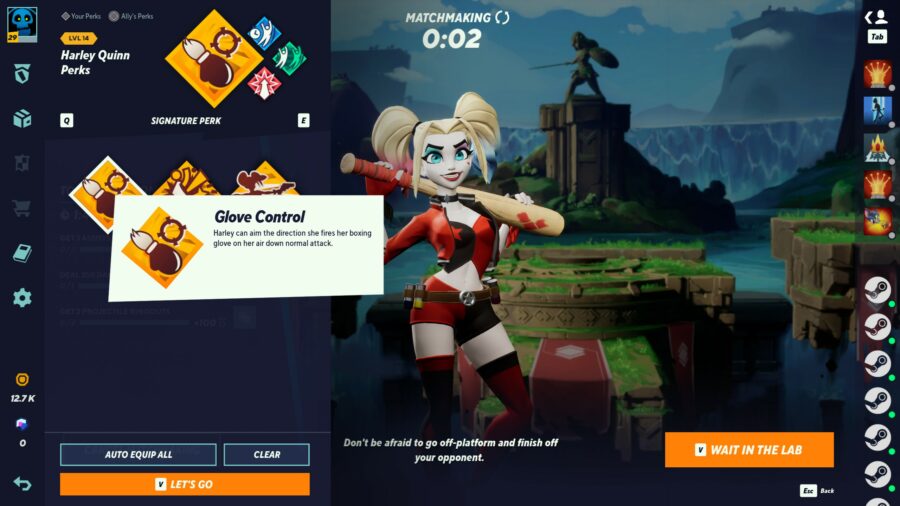 MultiVersus‘ Harley Quinn’s signature perks are a mixed bag, often with tradeoffs to make. Glove Control is the most used signature perk for Harley, but these all have possible applications based on playstyle.

The ever-popular Triple Jump is especially strong on the Vertical-focused Harley, allowing her to add a little extra height to her lethal air combos. Lastly, her starting perk Up, Up, And A-Slay boosts the damage and knockback of her upward attacks a little. Red-colored Damage perks are often too weak to be worth using, but it’s worth considering if you know you’re focusing on upward kill moves, especially if the perk would help your MultiVersus teammate as well.