The best ways to stick your enemies with the pointy end. In the midst of MultiVersus’ cartoon and superhero legends, Arya Stark stands out as the game’s sole HBO representative. However, the fantasy setting of Game of Thrones makes it a perfect source material for a fighting game. Arya has moves that are typical of a platform fighter swordfighter. She also has some supernatural influence that makes her a unique combatant in her own right. Arya can seem daunting at first, but with proper preparation and practice, she can become one of the best combo-heavy characters in the game. 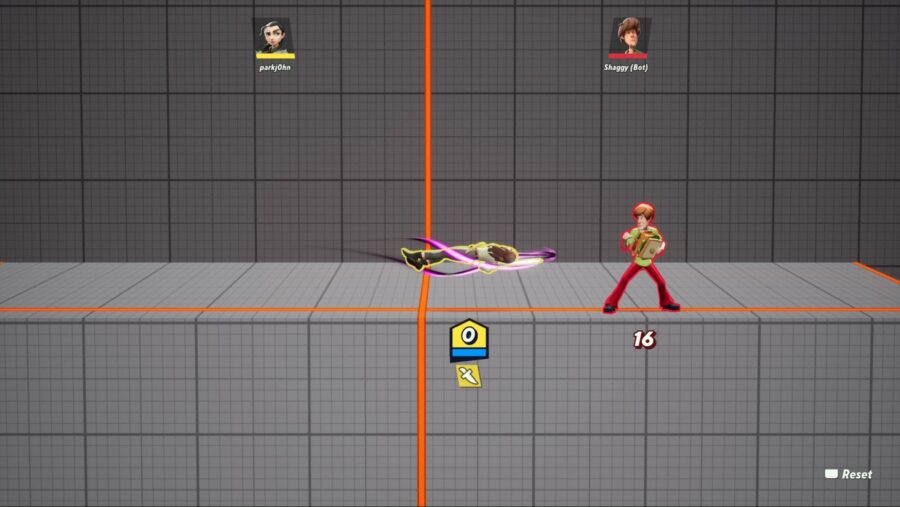 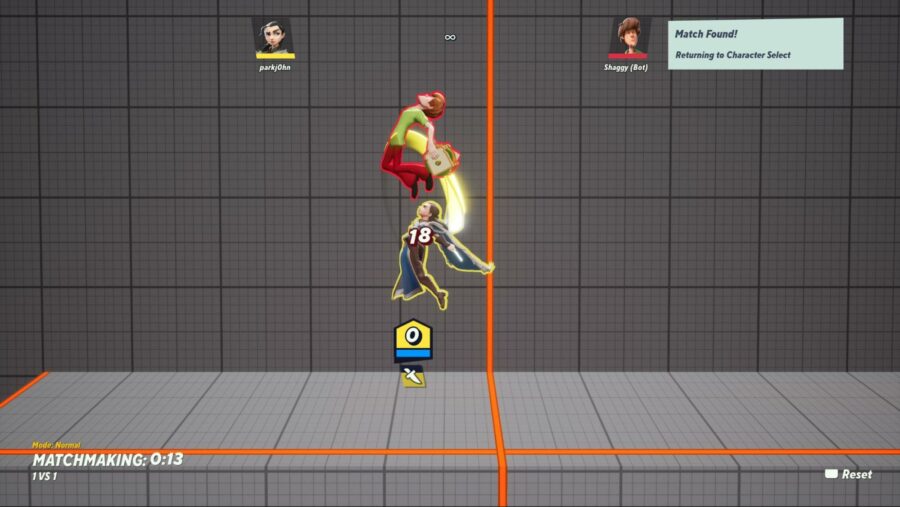 Arya has a couple of unique mechanics that set her apart from other characters. First is backstabbing. When hitting enemies from behind, Arya deals increased damage. This makes certain moves centered around movement, like her Down Ground Attack, even better, as she can use these quick attacks to get behind opponents. This also is what makes her Turn Attack buff useful. After a Turn Attack flips enemies, Arya can follow up with a strong backstab for maximum damage.

In addition, Arya can use her Neutral Special to steal the faces of other fighters. When Arya steals the face of another fighter, her Neutral Ground and Neutral Air attacks are overridden by the fighter who’s face she stole. For example, if Arya Stark steals Lebron James’ face, her Neutral Ground Attack becomes LeBron’s shoulder charge, and her Neutral Air Attack becomes LeBron spinning his basketball around his waist. This can be incredibly useful to give Arya more large area covering moves, something her kit on its own lacks.

It becomes especially useful when Arya’s ally is a fighter with one of these attacks. Arya can steal enemies’ faces, but also those of her partner. This means if Arya is teamed up with Iron Giant, for example, Arya can use his sweeping neutral air, without the constant liability of his large size. If you want to utilize her normal neutrals, though, you can press Neutral Special again to release a stunning shockwave and return her moveset to normal.

How to Win Teams Battles as Arya Stark in MultiVersus 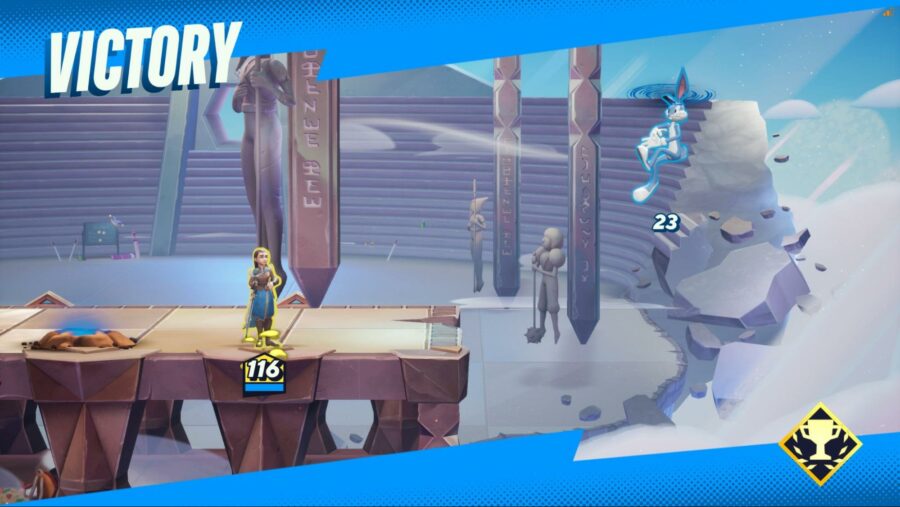 Arya is one of the most frail characters in MultiVersus. Because of this, despite her incredible potential, it’s easy for her to become a liability in team matches. The best way to assuage this is to pair her with one of many defensive combatants:

Arya is best utilized just trying to focus on one member of the opposing team, with her teammate drawing attention to themselves whenever possible. Arya’s Side Special will be valuable with this style of play. Use your knife throw to attach to one teammate. Then, dash to them, immediately use Up Special, then either Up Air Attack or Side Air Attack.

Using this combination of dashes, Arya can start a combo and rack up a lot of damage early. While the dagger is on cooldown, get chip damage where you can. Using Down Special to give your opponent and yourself Turn Attack will be helpful in getting bonus backstab damage added on to your enemies. Then, to finish them off, use the dagger dash into Up Special again, then chase them with the same move again off the top to K.O. your enemies.

While the knife throw is on cooldown, don’t be afraid to wait it out. Arya can hold her own in a fight without it. However, when paired with a tank, it’s best to let them occasionally take the frontlines. Otherwise, Arya’s frailty can become a detriment to her team.

How to Win 1v1 Battles as Arya Stark in MultiVersus 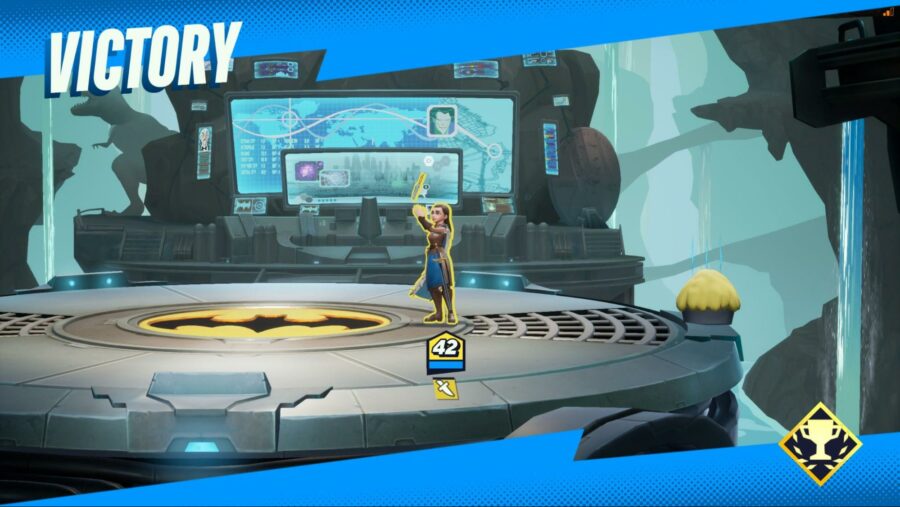 1v1 battles tend to come more naturally to Arya. Without a second opponent to interrupt mid-air combos, she stands as an even more intimidating force. Chasing upwards for combos is much less risky when your opponent is straight above you and can’t K.O. you from below.

One move Arya might want to use more sparingly in these fights is Neutral Special, face stealing. Getting an opponent’s face may be worth the risk, depending on their Neutral Attacks. However, the wind-up for the attack is incredibly long. With someone to hide behind, it isn’t really risky. In singles, though, usually the long window of vulnerability for this attack just isn’t worth the benefits of the stolen face.

Arya is best used when utilizing her combo potential and vertical kill power. Using perks to improve Arya’s mobility and knockback, players can do just that. Here are Arya’s best perks for Team and 1v1 battles: 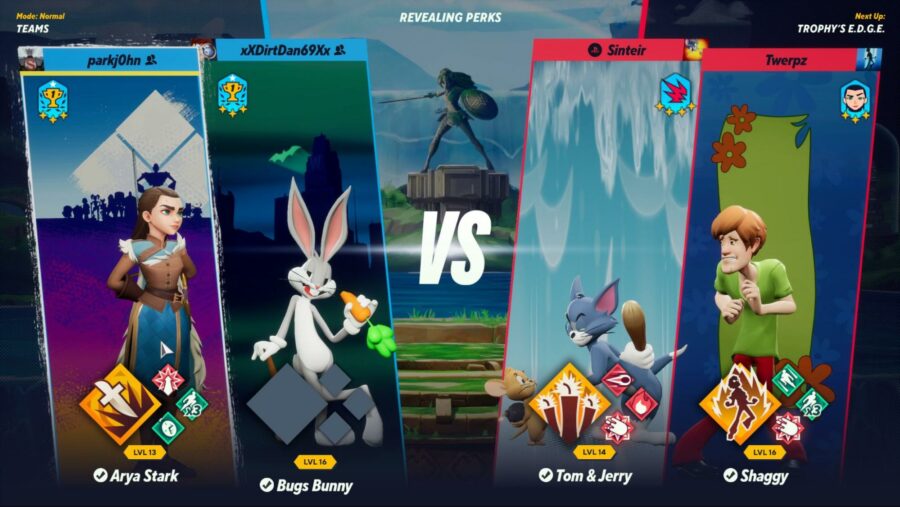 These teams perks mostly all focus on improving Arya’s vertical mobility and knockback. Leg Day Champ increases jump height, which helps Arya chase enemies vertically. This is further enhanced by Triple Jump. This perk gives Arya an extra jump if she successfully hits an enemy while in mid-air. Up, Up, and A-Slay increases vertical knockback. This helps Arya kill very early from the top blast zone using an Up Special into Up Air Attack.


Another perk players can consider using is Coffeezilla. This will decrease the cooldown on Arya’s Side & Down Specials. However, this will usually only be best when paired with another cooldown reliant character like Bugs Bunny or Wonder Woman. Finally, Arya’s Signature Perk in Teams in most cases should be Betrayal. This gives Arya and her ally an Enraged buff after hitting her ally with her dagger. Hitting an enemy while Enraged will Weaken them, allowing Arya and her ally to stack on the damage. Arya’s best 1v1 perks are essentially the same as her Teams ones. There are two major differences. First, without a teammate to capitalize with her, Coffeezilla no longer becomes worth the perk slot. Second is a different Signature Perk, Trophy. Trophy gives Arya the face of her enemy when she knocks them out. With Neutral Special mostly being too risky to use in one-on-one, this perk gives Arya a chance to utilize some of the benefits of stolen faces with no risk. Arya was mostly treated well by the first Season 1 patch. She got a number of buffs on a lot of attacks in her kit. Here’s the rundown of her main changes.

These useful changes make Arya much more viable. They especially make her viable for lower-level players to give her combos a try. As the only assassin class character in the free rotation until August 30, players can give her deadly vertical combos a try for themselves until then.