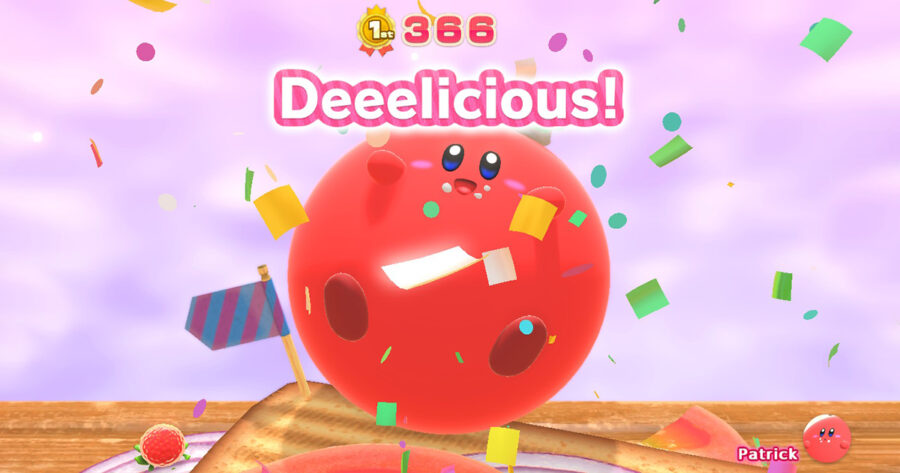 Kirby’s Dream Buffet, the adorable eat ‘em up battle royale was finally released August 17th! This mash-up of Mario Kart and Mario Party is a great addition to anyone looking to add a fun party game to their collection. There are a variety of modes available at launch, with the main game consisting of the Gourmet Grand Prix, which can be played by 4 players online, either with randoms or with your friends.

If you want to go beyond just casually playing with your friends and want to crush them into the dirt with your superior Dream Buffet skills, we’ve written up a quick guide on how to establish absolute dominance on the Gourmet Grand Prix battlefield.

Plan for the bonus strawberries

The extra 40 strawberries you get can swing a game in your favor. 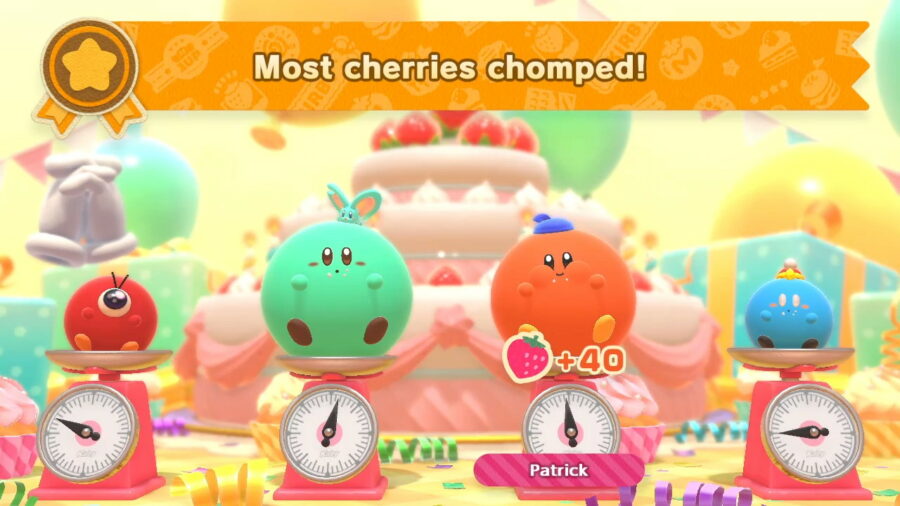 I can’t overstate how important it is to plan for the bonus objectives at the end of the game. Each one adds a whopping 40 strawberries to your total score, and if a game is close those 40 can make or break your standings. There have been games where I’ve gone from third or fourth all the way to first from getting two bonuses and 80 extra strawberries under my belt.

Some of the bonus categories awarded at the end include:

The game randomly selects three objectives to award at the end of each game, so it’s not a bad idea to hedge your bets and go for a few over the course of the Grand Prix. If during a match you have an opportunity to snag an extra fruit or kill an enemy without losing too much ground, go for it. You never know when a match will be decided because you decided to go the extra mile and crunch down on that one cherry.

Know the hidden abilities of each item 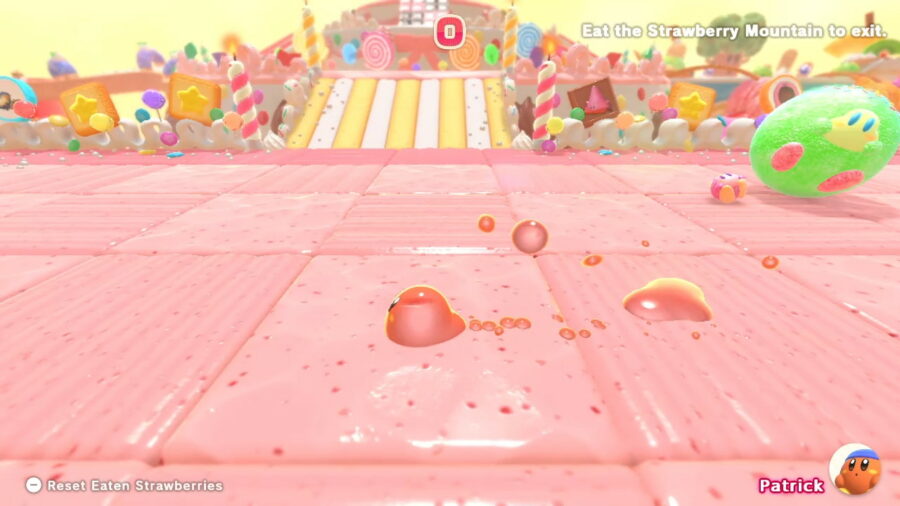 The items are your bread and butter in the race and battle royale modes, but there are alternate ways to use some of them that the game isn’t exactly clear on. A few of the item abilities are just straight upgrades if you use them properly, but some of them might lessen the time you have with the ability:

Some maps will have boost pads, cannons or shortcuts to take advantage of. 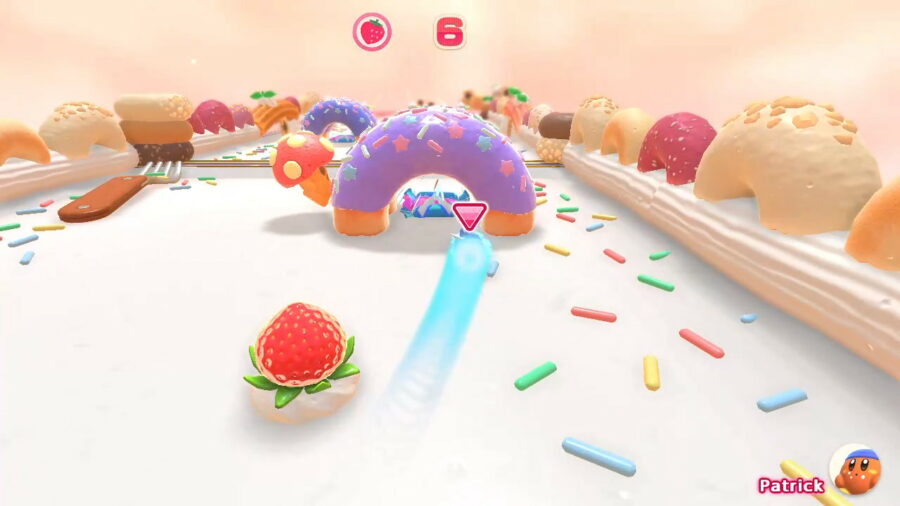 Knowing the ins-and-outs of a map will help, especially if you are able to prepare for what’s coming ahead. For example, if you get a jelly ability and know there’s a cookie wall further ahead, hold onto it until you reach that point so you can fly past the wall and leave the other racers to deal with trying to break it.

Keep an eye out for any alternate routes on race maps as well. Shortcuts can put you ahead of your opponents, longer and more perilous routes often yield more strawberries, and sometimes  these routes have cannons at the end that can shoot you out ahead of the competition.

Focus up during the battle royale section

The final section of the Gourmet Grand Prix is the battle royale segment. Here you’re thrown into a tiny arena with the other Kirbys, and you can steal their strawberries if you knock them out of the ring. If you can knock out the opponent in first and steal their strawberries, it levels the playing field and might pop you into first.

There are a few differences in the items in this mode, for instance the drill and stone abilities are now available. Using the items well is crucial here, as knowing how to properly utilize them can put you over the edge. Depending on the situation, tapping or charging the item abilities can be beneficial.

For example with the donut ability, you can fly across the map trying to hit as many Kirbys as possible uncharged, or you can snipe a particular Kirby that has a lot of strawberries by charging it. Use the stone ability when a group has gathered into a small area of the map, and use discretion in charging it to mess with the enemy’s dodge timing.

The jelly can be used to dodge attacks, so use it as a get out of jail free card if you need it.