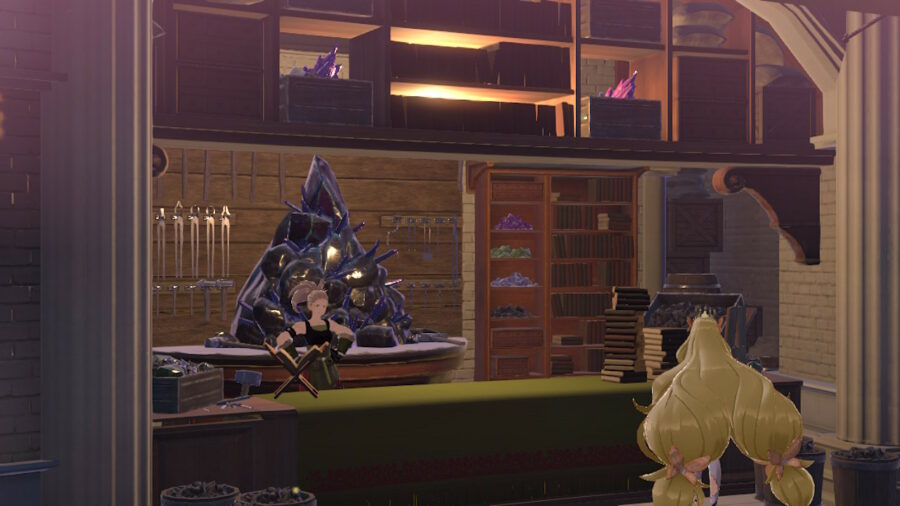 Fire Emblem Engage has just launched, with players already seeking out the fastest ways to upgrade their weapons to keep their units as well-equipped as possible. Finding the stronger materials is a little harder to do, specifically Silver Ingots, which you’ll be using to upgrade many of the mid to late-game weapons. Thankfully, Engage includes a number of new mechanics that will help you farm Ingots & upgrade weapons fast. Here are some of the fastest ways to do it.

The four methods detailed below will help you gather as many Silver Ingots as possible, but can also help with gathering plenty of other materials like Iron and Steel Ingots, Bond Fragments, sundries, and more. 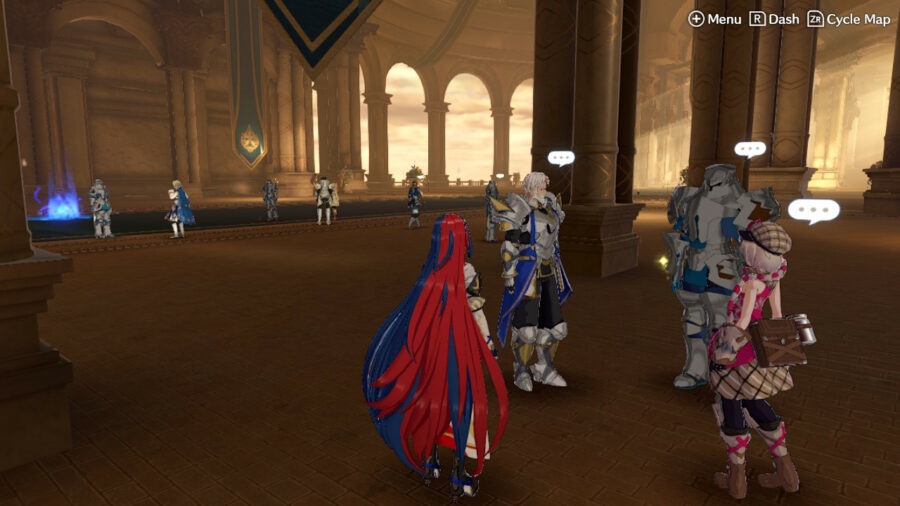 The first method is the most obvious. Taking part in story missions, unit Paralogues, and Skirmishes will net you some nice rewards, including Silver Ingots. Every time a battle ends, make sure to run around the mission map and speak to everyone. They can offer items and Bond Fragments, so it’s always worth your time. Keep an eye out for the golden sparkles scattered around too, as they’ll often reward your fighting efforts with bunches of Ingots or other materials.

2. Adopt Animals to the Stable to Upgrade Weapons Faster in Fire Emblem Engage 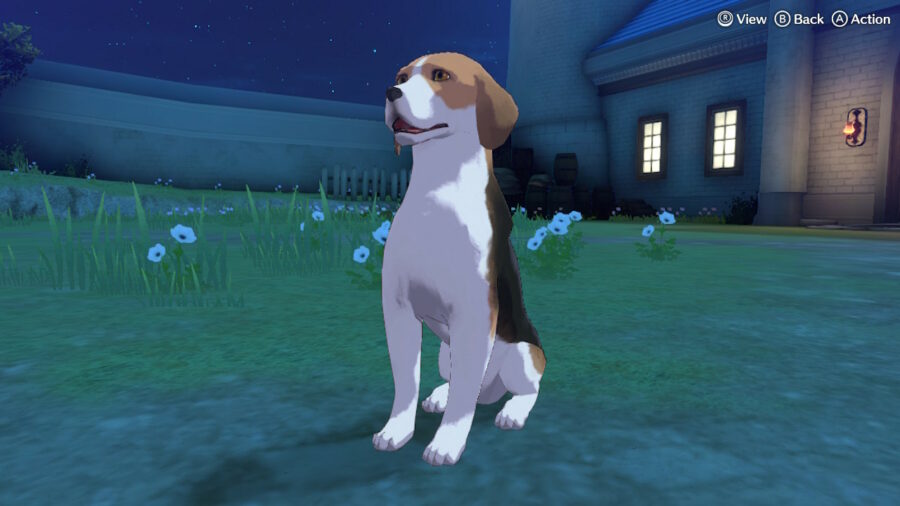 Adopt don’t shop. A newer mechanic introduced in Fire Emblem Engage is the ability to adopt animals located on the post-mission map and bring them back to The Somniel’s stable. These appear on the mini-map as orange dots and adopting them is as simple as approaching and interacting.

The goal is to adopt as many Elyosian Dogs as you can, as once placed outside the stable to graze, they can sometimes drop Iron, Steel, and Silver Ingots as loot. Other animals will drop different materials, but man’s best friend is the only one who’ll drop Ingots. You can set up to 5 animals out to graze. Do note, the drop rate isn’t great, but every little bit helps in the end. 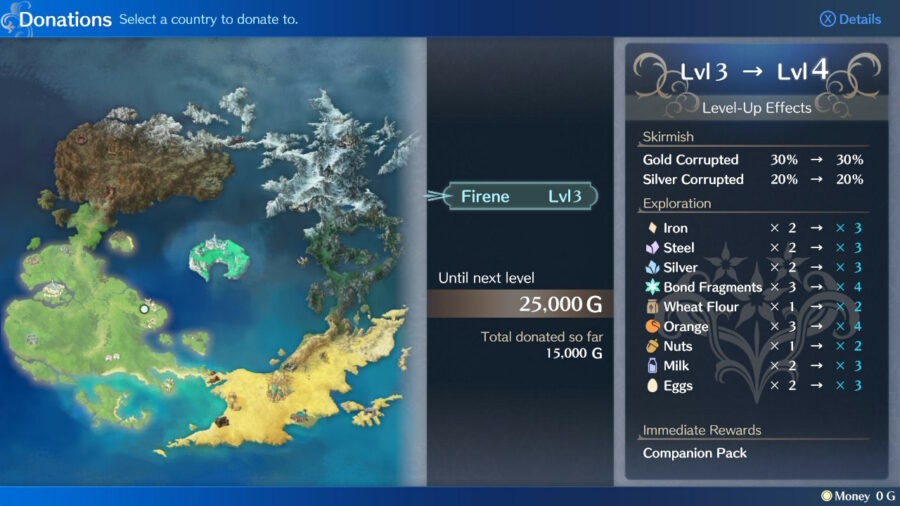 Another method of boosting Silver Ingot drops is by increasing your Donation Level with the countries surrounding your base. By donating gold to each of the countries, you can increase all material drops after future battles that take place on maps within that country’s borders. The bonus only increases the drops when exploring after the battle finishes, so don’t leave without looting those golden sparkles first.

It also increases Gold Corrupted and Silver Corrupted spawn rates in Skirmishes, who are worth a lot of experience once defeated. EXP and materials – two birds with one stone here. 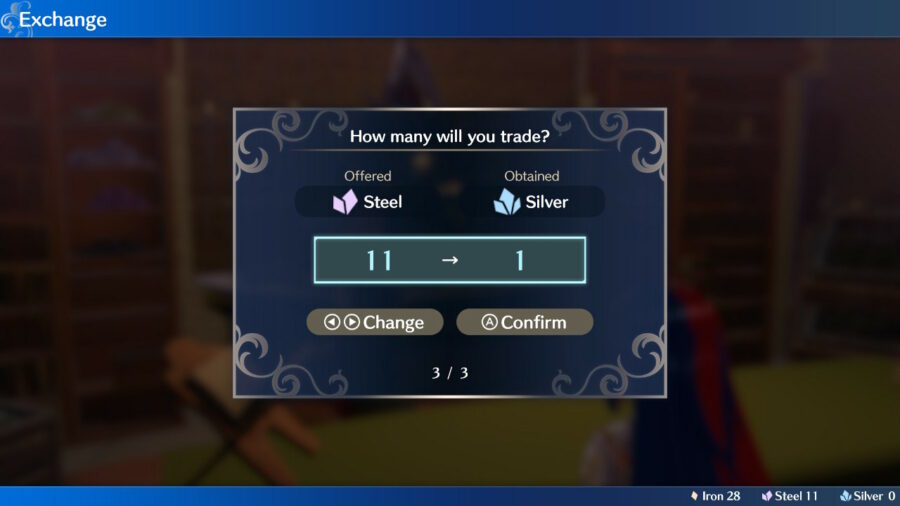 Lastly, if you’re scraping the barrel and don’t have much use for your Iron and Steel Ingots in the later chapters of the game, you can convert both into the higher-tiered Ingot. The exchange rate should be 11 lower-level Ingots for a single higher-tier Ingot. The tiering is simple: Iron > Steel > Silver.

You’ll gather plenty of Iron and Steel Ingots over the course of the game, so just approach the Smithy in the commercial center of The Somniel and choose Exchange when you’re ready to convert them.

Excited about more Engage? Make sure to check out how to use Amiibos and get special rewards for them!