Use this French build order for AoE4 to lead swift Knight rushes. 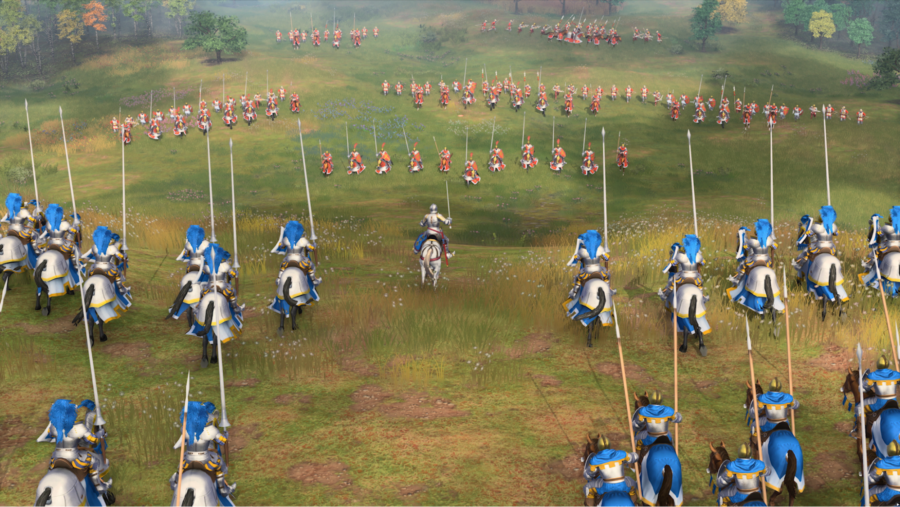 With Age of Empires 4 contesting for the real-time strategy throne, there’s never been a better time to dive into the game. Here’s an AoE4 French build order that lets you quickly charge into battle as the French civilization against AI and human opponents.

The French are a fairly simple civilization to use in Age of Empires 4. Their early game military focus coupled with economic bonuses make them a threat to both veterans and new Age of Empires players. In the Feudal Age, they gain access to Royal Knights, powerful armored units that can raid enemy bases and decimate armies if left unchecked. Faster villager production and cheaper economic buildings mean that you’ll gain an edge over opponents over time.

The following build order takes advantage of these strengths to press your opponent with constant raids while building up your economy. Deal enough damage to the enemy’s villager count and you’ll emerge victorious in no time. This French build order for AoE4 focuses on getting Royal Knights into the field as quickly as possible to raid vital resource points. 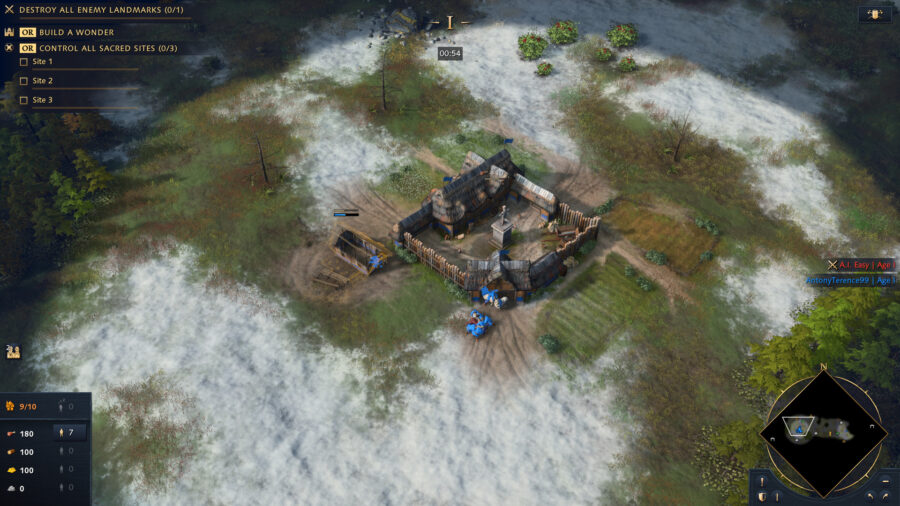 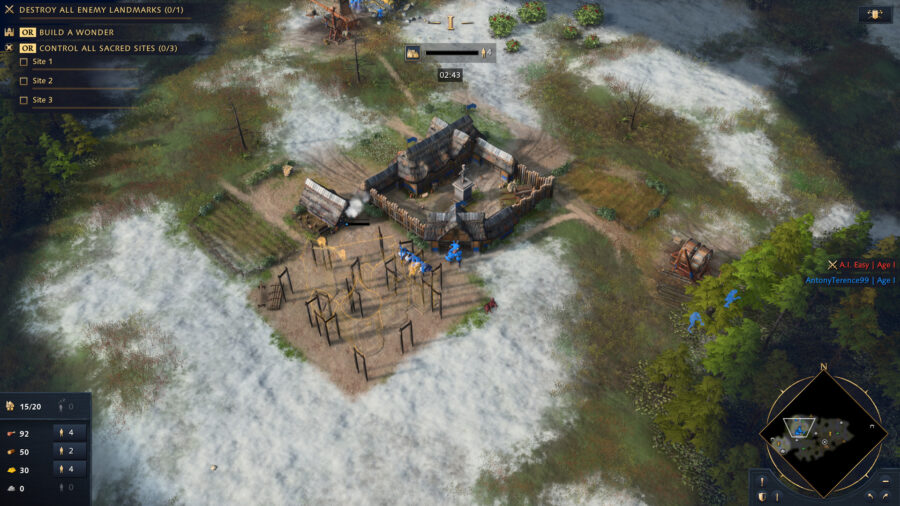 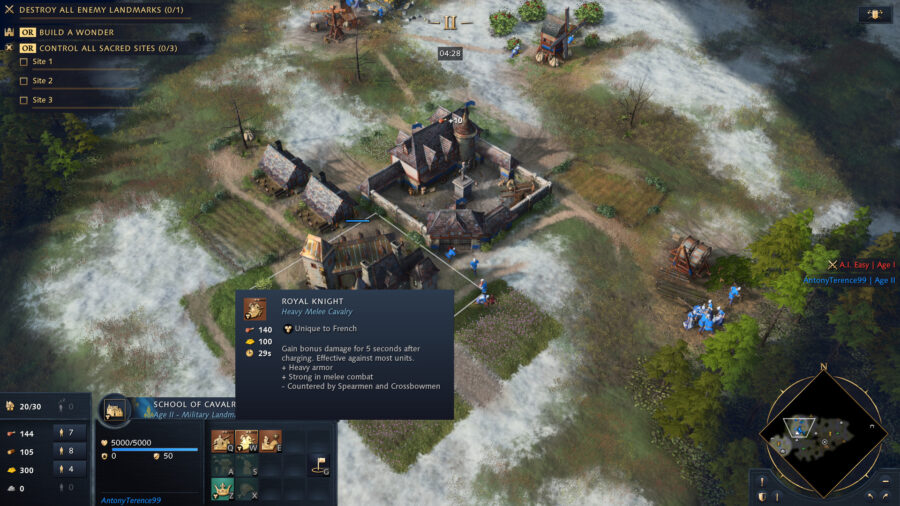 Why This French Build Order Works 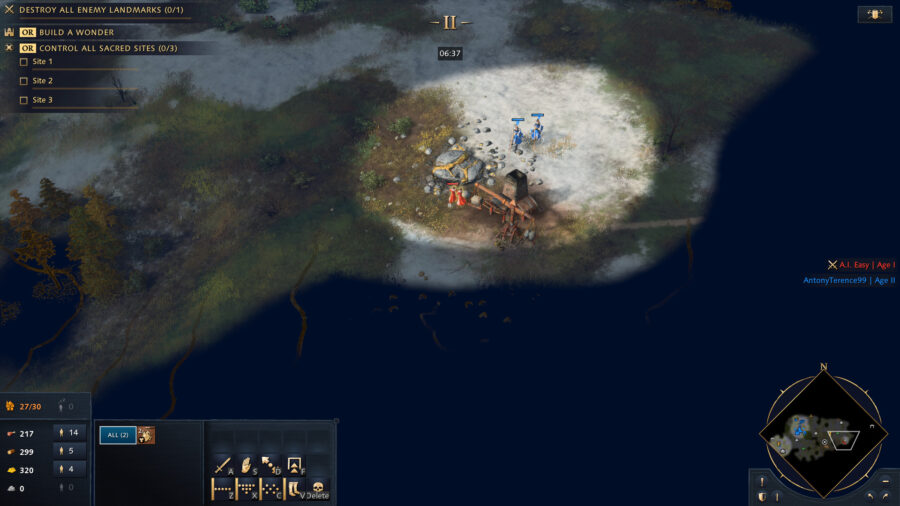 The French are apex predators in the Feudal Age, with their Royal Knights being effective even against Castle Age units. Knock down enough enemy villagers and you’ll be able to take down your enemy’s Landmarks (a victory condition) or head into the next Age first. The latter will open up even more unit compositions, placing your enemy at a severe disadvantage.

Your next course of action will depend on how your enemy reacts. If you’re facing Spearmen (who counter Royal Knights), build an Archery range and train Archers to pick them off. And if you manage to keep your enemy away from key resources, consider investing in Siege Engineering at the Blacksmith. This tech lets you build rams on the field, letting you make short work of enemy buildings.

A final word of caution. Don’t send your Royal Knights into a row of Spearmen. Counter them with Archers instead. Armored Knights can take arrows like a cushion but fall quickly to spears. The French are a force to be reckoned with and are a great pick for players new to Age of Empires 4. This Age of Empires 4 French build order will kickstart your journey on the ranked ladder as well as dominate unranked battlefields. See you on the saddle, fellow knight.