Use this English build order for AoE4 to quickly advance to the Castle Age. 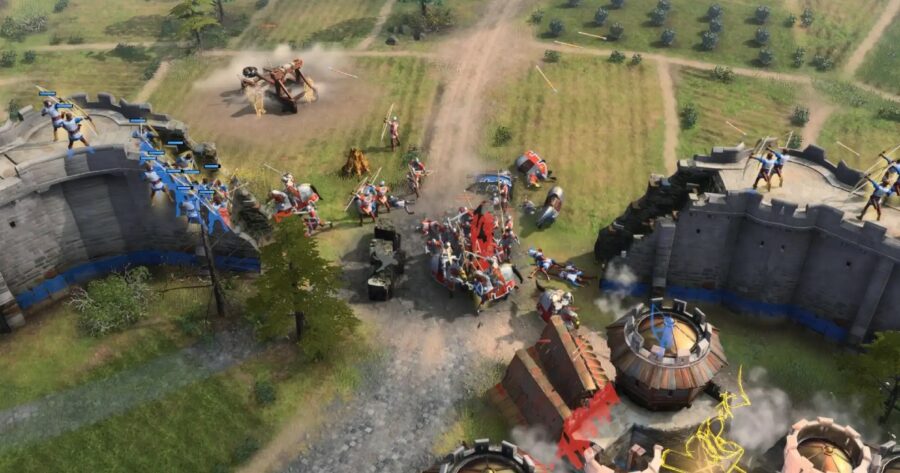 The English are among the best starting civilization for players new to Age of Empires 4. Here’s an AoE4 English build order that lets you quickly head to the Castle Age. Reaching the next Age before your opponent grants you access to more powerful units and techs.

The English have several tricks up their sleeve. English Longbowmen help you whittle down enemy armies from a distance thanks to their extra range. The civilization’s defenses are unrivaled among rival civilizations. With the Network of Castles bonus, English troops attack faster when in the presence of a Town Center, Outpost, or Keep. Cheaper Farms paired with villagers who gather from them quicker mean that contesting over Sheep or Berries isn’t a priority. 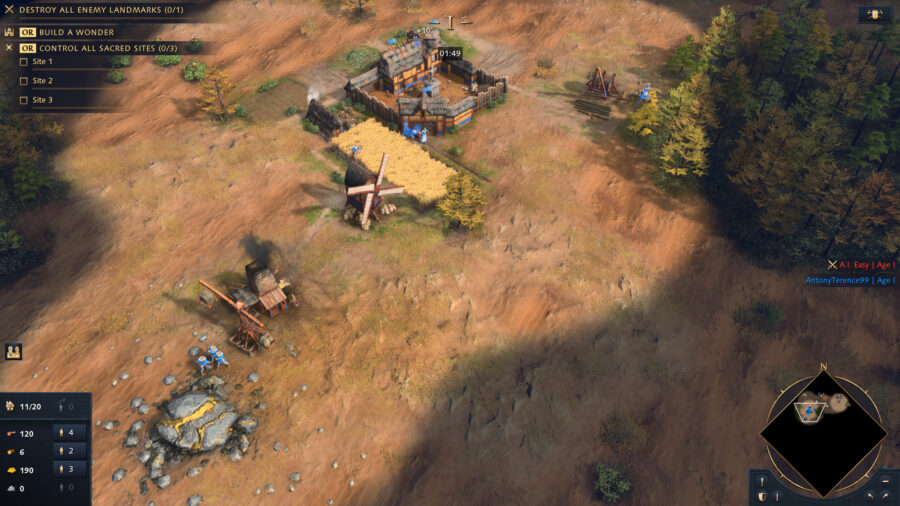 Why This Build Order Works 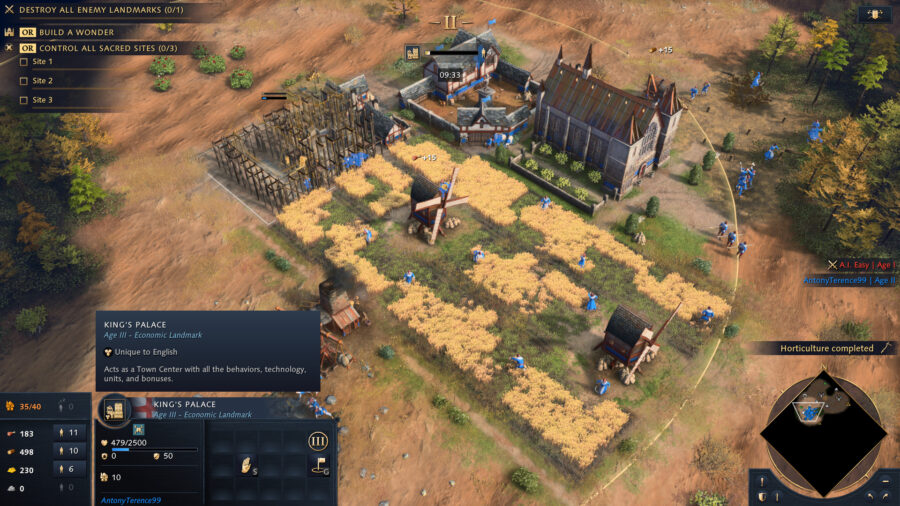 The English are formidable in the Imperial Age thanks to their gold-producing Farms (Enclosures tech). But don’t count them out during the other Ages. Villagers with bows and the Network of Castles attack speed bonus will make opponents think twice before assaulting your base. Building Outposts near your enemies will let you bring that attack speed bonus along for an invasion.

If you’re looking to pressure your opponent, train Longbowmen and send them to the enemy base to snipe off villagers. Train Spearmen if they try to counter your archers with Horsemen. Consider investing in the Siege Engineering tech at the Blacksmith. It lets you build rams on the field and knock buildings over.

While your Longbowmen are lethal at a distance, Horsemen can reach them fairly easily thanks to their pierce armor. Use Spearmen to protect your archers and direct your archers’ attention to enemy archers if they start taking your Spearmen down. This Age of Empires 4 English build order will help you step into the Castle Age and access more powerful units before your enemies do. The English wield their bows to devastating effect and are a great starting point for new Age of Empires 4 players.