Use this Chinese build order for AoE4 to establish an unrivaled economy. 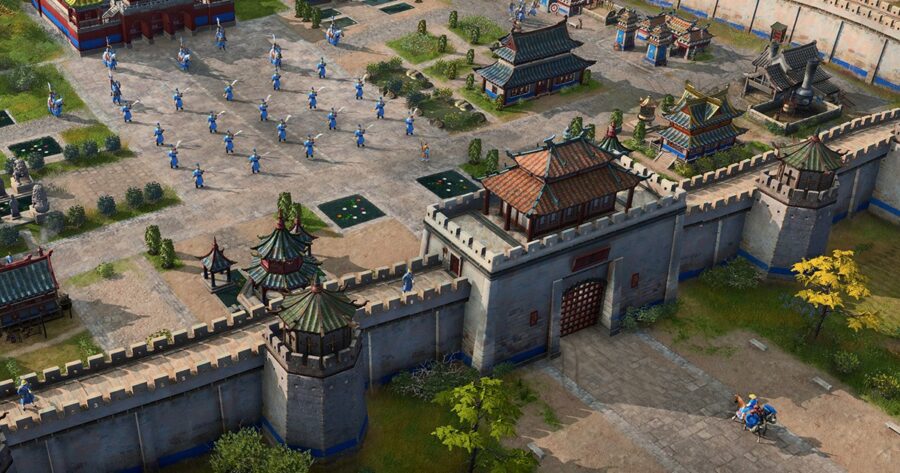 The Chinese are perhaps the most complex civilization to play in Age of Empires 4. But they are also the most rewarding, with an economic advantage and late-game arsenal that are second to none. While the Chinese are prone to enemy raids due to their economic focus, they’re unstoppable once they get their economy going. Here’s an AoE4 Chinese build order that lets you build up that economy with a second Town Center.

Chinese Imperial Officials gather tax from economic and military buildings to boost your Gold count. They can also supervise buildings, letting you research techs or train units quickly. The Chinese also have access to Dynasties that grant unique bonuses if you build two Landmarks from a particular Age. Being able to construct buildings 100% faster and defenses 50% faster means that you can respond to threats more quickly than your opponent.

The following Age of Empires 4 build order uses the Chinese civilization’s powerful economy boosts to advance to the Castle Age. While there are quicker ways of reaching the Castle Age, building a second Town Center will let you take advantage of the Song dynasty’s quicker village production time. This Chinese build order for AoE4 focuses on getting two Town Centers efficiently before heading into the Castle Age. 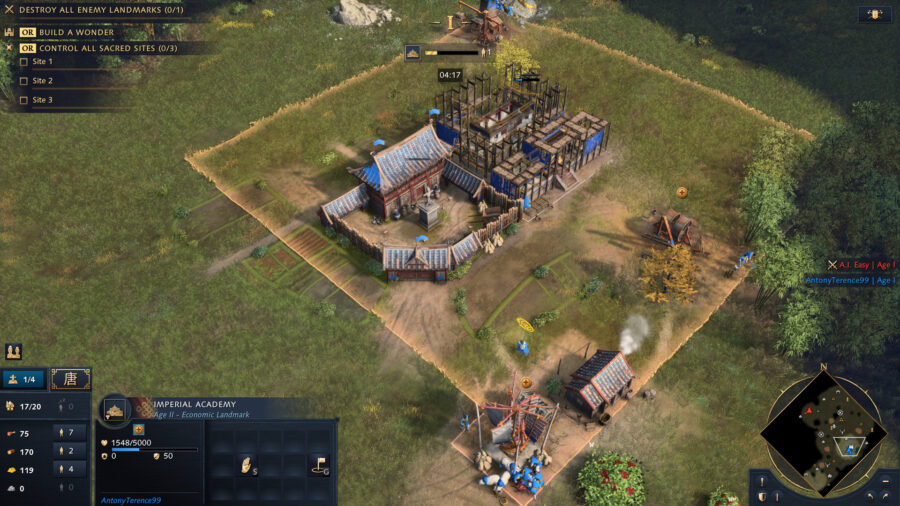 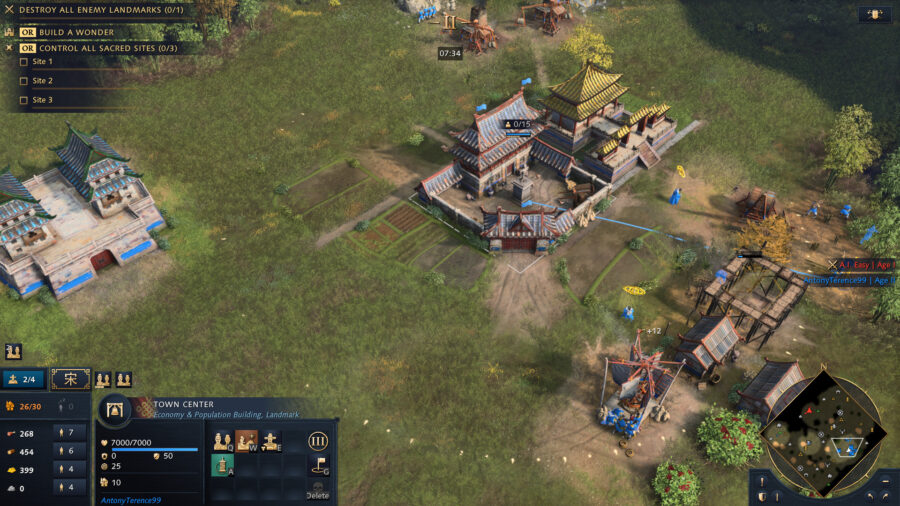 Why This Chinese Build Order Works 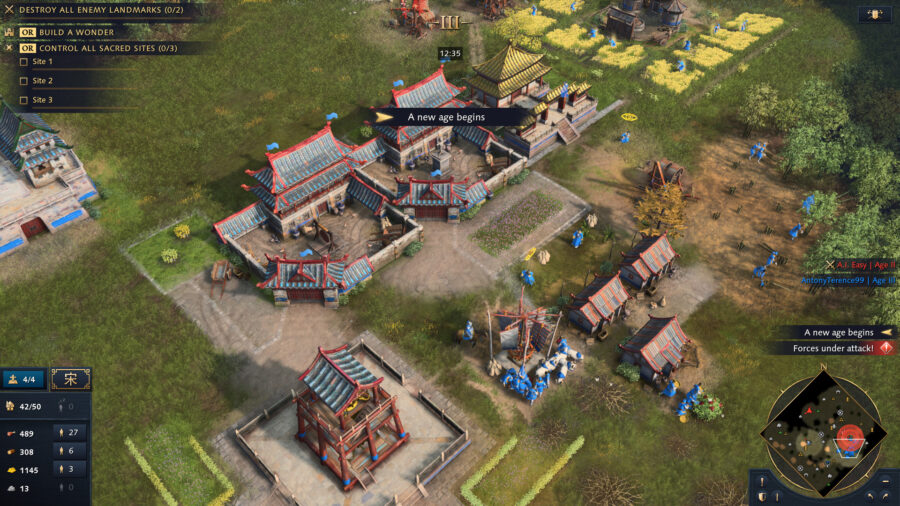 The Chinese’s booming economy lets you tackle all sorts of threats across every Age. Heading to the Castle Age is important but utilizing the Song Dynasty reduction in villager time lets you scale your economy up with ease. A second Town Center lets you take advantage of this to build an economic advantage over your opponent.

The Chinese have several other tricks up their sleeve as well. Using your Imperial Officials to supervise military buildings instead of economic ones boosts the speed at which they produce units. Feudal Zhuge Nu are deadly against enemy spears and archers. The Castle Age brings along the powerful Nest of Bees siege weapon and Fire Lancers adept at knocking buildings over.

Stay in the game until you hit the Imperial Age to gain access to grenadiers blessed with a strong area-of-effect attack. Building two landmarks in an Age brings about a new Dynasty, offering unique bonuses that can help tip the scales of war in your favor. With this Age of Empires 4 Chinese build order, you’ll be able to outproduce your foes in terms of military units thanks to a solid economy. The Chinese civilization thrives on versatility and while it might not be for new AoE4 players, its branching paths of conquest might just sway you to its side.