How to Parry & Counter Colored Attacks in God of War Ragnarok

Learn how to deal with those pesky ring attacks in God of War Ragnarok. 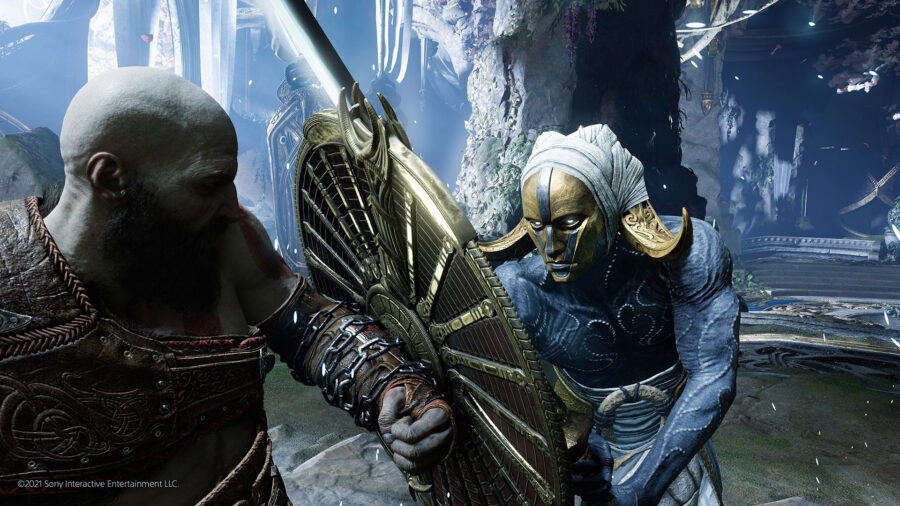 Arguably the greatest of all of Sony’s gruff dad mascots is back in God of War Ragnarok, the spectacular sequel to the 2018 reboot. And unless you’ve been living under a rock all this time, you’ll know that the combat is no longer the pure button-mashing madness of the original games. This time around, Kratos will need know how to block, parry, & dodge to survive in God of War Ragnarok.

You’re gonna be chopping fools up across the nine realms, and to keep Kratos from getting his bearded arse handed to him on the regular, there’s a bit of learning to be done. Key to this is reacting to your foes’ stronger attacks, which are generously signposted and color coded this time around, and we’ve got you covered for strategies in dealing with them.

Read on for how to counter to yellow, blue, and red ringed attacks in God of War Ragnarok.

How to Parry Yellow Ring Attacks in God of War Ragnarok 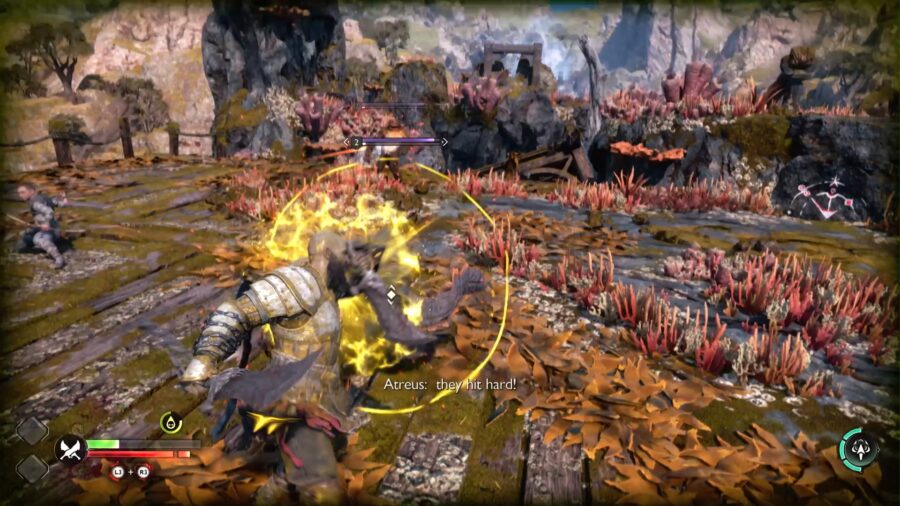 These guard break attacks, denoted by a yellow ring as the enemy is winding up, are the most common special attacks that enemies use. And while a quick dodge is always viable, your choice of shield affects what your other options are here.

While using a shield with the parry ability, such as the Dauntless Shield, tapping L1 just before the attack hits you will send the enemy reeling backward and leave them wide open for a chop of the Leviathan Axe or swipe from the Blades of Chaos.

If you nail it on at the last possible second, you’ll hear a gong sound, indicating you’ve pulled off a perfect parry. This will stagger your enemy. You can find equipment to give you further boosts and bonuses for these perfect parries. Remember too that basic attacks can also be parried – they don’t need to have the yellow ring around them to get your counter on.

If you don’t time the parry right with these yellow attacks, however, you’ll be left with your guard broken and vulnerable to a follow-up attack. Make sure to get dodging as soon as you can to try and avoid getting hit here.

If you’ve got a heavier shield equipped, such as the Stone Wall Shield, you can just block these attacks by holding L1, which will in turn generate energy to power up your Shield Slam ability (double tap L1). Be mindful that you can’t keep on blocking guard breaks when your charge is full, though.

How to Counter Blue Ring Attacks in GoW Ragnarok

You’ll start seeing these attacks when you meet the elves of Alfheim a little further into Ragnarok’s campaign. The strategy for dealing with them is the same regardless of what shield you have equipped – you need to break the elves’ defense to counter them here.

This is done by getting in close and double-tapping L1 for a shield bash before the two blue circles close in. While you can also dodge these attacks, they’re worth shutting down if you’re within range to do so, as they usually have extra effects (such as an AOE) that’ll make your life harder if you go the evasion route.

How to Counter Red Ring Attacks in God of War Ragnarok 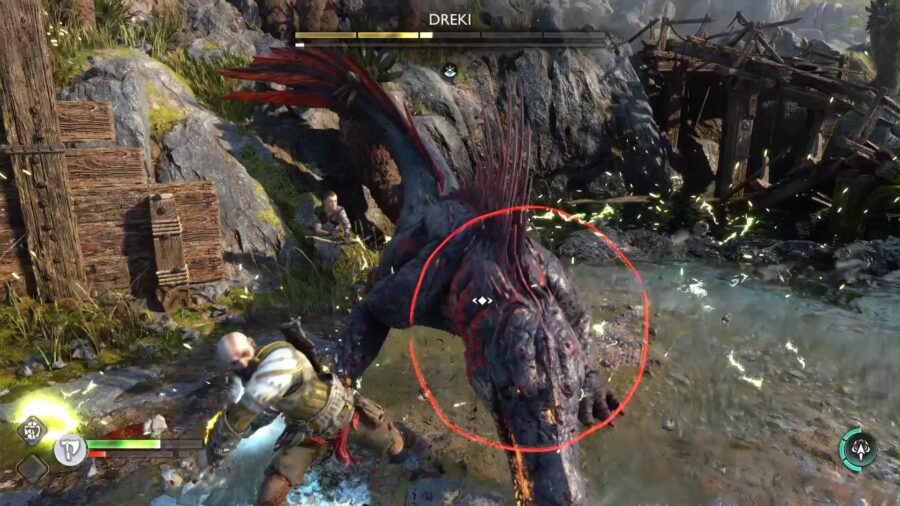 You know you’re in for something when you see this pop up. These are typically deployed by the tougher enemies you face, and your play here is to just get out of the way. Usually they have a fairly lengthy animation while the attack is charging to give you ample time to do so.

While attacks with red rings can’t be parried or blocked, they can be interrupted by a few moves, including a well-timed burst of Spartan Rage on L3 and R3, or a fully charged shield strike following a perfect parry on the Dauntless Shield.

Now that you’ve got the strategies down, a bit of practice with the parry timing and learning your enemies’ attack animations will set you up for the rest of the journey to come in God of War Ragnarok. And once you’ve got that all in the bag, be sure to check out our list of the best Blades of Chaos skill tree upgrades to start dishing out big damage as soon as possible.