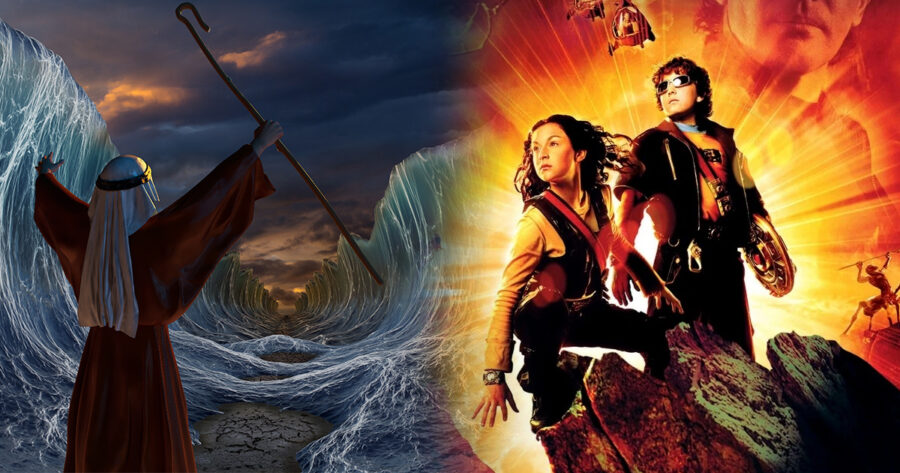 LOS ANGELES — After years of speculation, God finally confirmed at a press conference today that the events of the Bible, the Holy Book central to all of Christianity, have always taken place within the same cinematic universe as Robert Rodriguez’s Spy Kids films.

The statement was made after the Holy Spirit announced at the same press conference that he and Rodriguez would begin collaborating on a new project.

“Rob helped me punch up the first few drafts of the Bible, and in return I helped him with ideas for the first Spy Kids script,” bellowed God. “You know those thumb people? That was all Me.”

Rodriguez and God enjoyed each other’s work so much that they decided to set them within the same canon. While it hasn’t been officially confirmed until now, the pair made it clear that the connections between the two franchises had always been present.

“When Bill Paxton’s character Dinky Winks asks ‘did somebody ring the Dinkster?’ in Spy Kids 3, it was actually a nod to Jesus’s line ‘Why did you seek me?’ in Luke 2:49.” explained Rodriguez.

Pope Francis announced shortly after the press conference that he would be updating Michaelangelo’s mural on the Sistine Chapel ceiling to include Carmen, Juni and the rest of the Spy Kids gang to be reflect this new canonical truth.

“I’m an Antonio Banderas superfan, so this news basically made my week,” said the Pope.

Rodriguez and God stayed quiet on their new collaborative project, but made it clear that it would be a must watch for fans of both franchises.

“Let’s just say that a certain son of mine, that is also me, will be back and definitely is a thumb person,” said God.