George R. R. Martin’s Mother Won’t Let Him Leave the Dinner Table Until He Finishes ‘The Winds of Winter’ 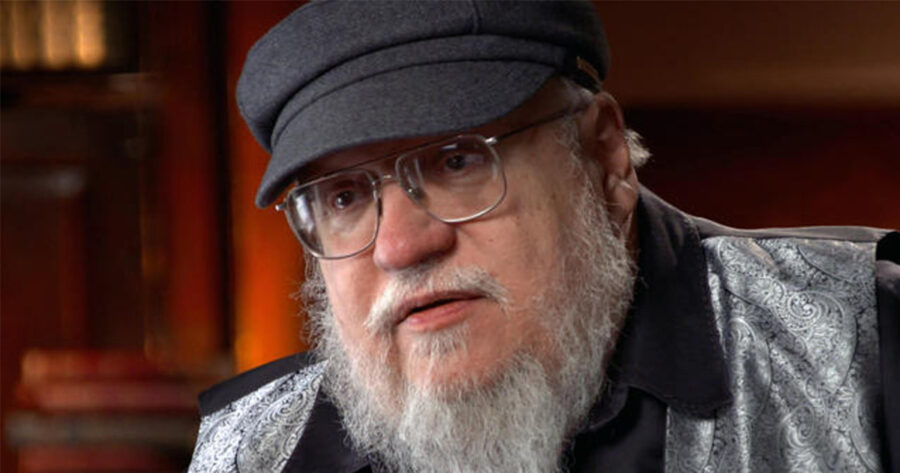 SANTA FE, N.M. — While visiting family, fantasy writer George R. R. Martin was told that he would not be allowed to leave the dinner table until he finished the sixth novel in his series A Song of Ice and Fire.

“If you don’t finish your fantasy series, you don’t get to leave the dinner table and play with your friends. Those are the rules in this household, and George has to follow them just like everybody else!” said Margaret Martin, according to those familiar with the situation. “There are children all over this planet who are starving for the satisfying conclusion to their books and it’s time for George to appreciate what he has! The boy needs some discipline in his life, or he’s just going to end up being a wasteful author. He needs to learn that if he’s not going to finish his series, then he shouldn’t take on such a big story in the first place!”

Close sources revealed that George R. R. Martin was incredibly upset about the situation, frustrated that he couldn’t get up from the table as a result of him not wanting to finish “The Winds of Winter.”

“It’s not fair!” Martin yelled, slamming his hands against the table. “What does my book even have to do with the dinner table? I finished my dinner. I ate chicken breast, glazed with a honey garlic sauce made from scratch. It was like nothing I had ever had before. As a side, I had quinoa, an organic mix, expertly salted and cooked, as well as an oil-doused asparagus, baked to perfection, its aromas filling the entire kitchen. Then came the sweetbreads and lemon cakes, frosted in sugar. I remember thinking I was so full, I could barely stomach another lemon cake, and yet I obliged, allowing myself to indulge in a delicious dessert while visiting my family for the first time in a long while… sorry, what were we talking about?”

As of press time, George R. R. Martin was still sitting at the dinner table.