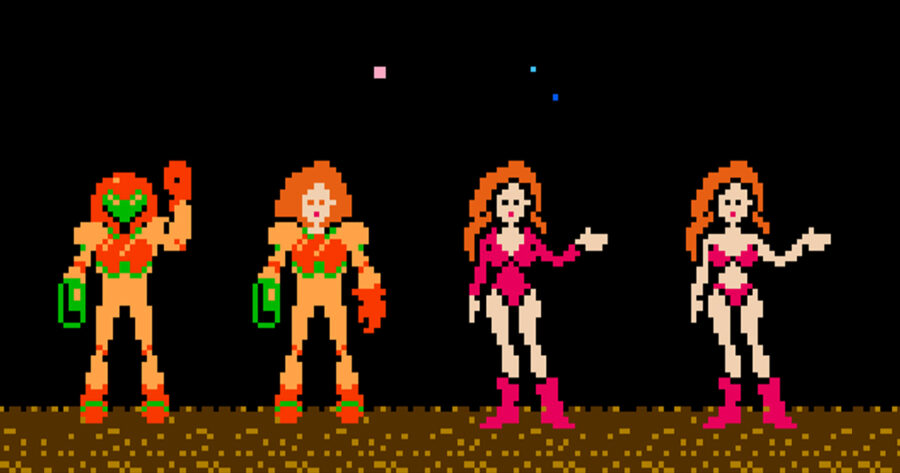 TEMPE, Ariz. — Local speedrunner and distinguished gentleman Jonathan Rudgers has sparked controversy for deliberately slowing down a WR-pace Super Metroid run so that Samus wouldn’t have to take off her suit in the victory screen if she didn’t want to.

“I love Super Metroid. It’s incredibly replayable and ahead of its time for both tight game design and atmosphere,” reported Rudgers. “But it’s really messed up that the player is rewarded with Samus in a bikini if they beat the game in under 3 hours. Did anyone ever ask Samus whether she agreed and consented to this sick stunt? It’s messed up, and I don’t want to be a part of a scene like that.”

Rudgers’ statements follow his controversial decision to willingly put the controller down and idling just long enough to be in range of the “fair ending” completion time where Samus thanks the player while fully clothed with her helmet still on.

“I’ll put down my SNES controller and leave a timer on so that I can beat the game just a few seconds after the three hour mark,” Rudgers explained, his voice rising in volume to overcome the sound of the horny, frustrated crowd furiously booing him. “It’s not a huge loss to me. I mean, I do want to beat the game in the fastest time possible, but I don’t want Samus’ body to be the prize for doing that. If she wants to wear that, then that would be cool, but I can’t buy the idea that a bunch of middle-aged developers at Nintendo had that kind of presence of mind in 1994.”

Members of the speedrunning community revealed that this kind of polarizing selflessness isn’t uncommon for Rudgers, and that he goes to great lengths to make game characters feel comfortable during his speedruns.

“There was that time where he ruined a Pac-Man killscreen run because he thought it was unfair to force Pac-Man to eat all of those pellets,” said Roger Frakes, a former speedrunner friend of Rudgers. “He got thrown out of the event to avoid stirring up a mob just because he didn’t want Pac-Man to overeat.”

At press time, Rudgers used his shoutout time at the end of his speedrun to advertise an upcoming Dead or Alive Xtreme Volleyball stream he was planning using a mod that changes all of the characters’ outfits to regulation Olympic volleyball gear.