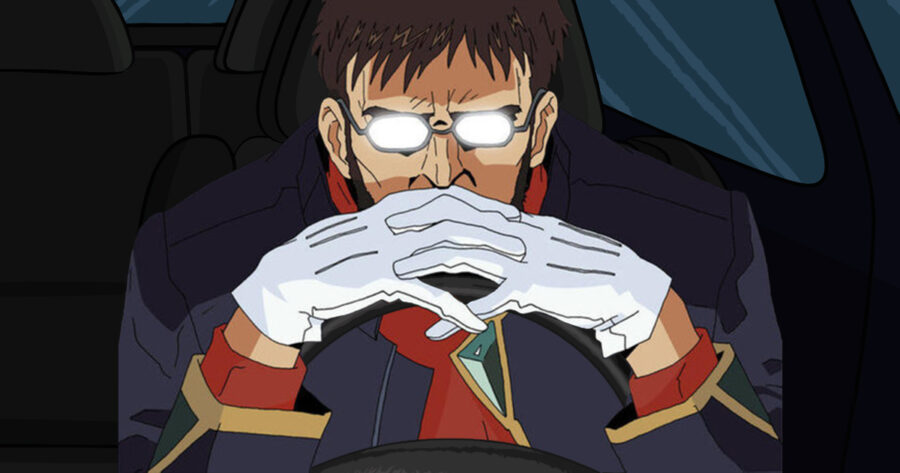 TOKYO-3 — The director of NERV, Gendo Ikari, caused an accident on the highway that led to a three car pileup. According to those close to the situation, Ikari blames sun glare in his eyeglasses for the accident.

“I was driving with [my son] Shinji Ikari, the Third Children, and explaining to him that if he wishes to neglect his duty to the people of Tokyo-3 by not piloting the Eva 01, then we can find someone with less cowardice to replace him,” Ikari reportedly told members of Seele, who attended his meeting through the use of large floating blocks. “I find, however, that whenever I speak truth to Shinji, my glasses flash white from the glare of the sun — even indoors. Such are the circumstances of our quest to bring human evolution to its next stage. In this case, I was temporarily blinded by the glare, and hit the car in front of me. It was an error.”

Close sources have revealed that Ikari is telling the truth about the events of the car accident.

“Oh no, oh god, is father upset with me? Did I cause the car accident? He doesn’t even love me… nobody loves me… I’m so alone,” said Shinji Ikari, according to a frustrated police officer who asked the Third Children some simple questions about what happened for a report. “But I can’t pilot the Eva! I just can’t! It doesn’t matter if I’m leaving Tokyo-3 to fall to the Angels. It doesn’t matter if my father’s disappointment in me led to a three-car fender bender on the highway! I saw the way he looked at me with shame when he exchanged insurance with the other drivers… Why can’t you just accept me, father?! Ahhh—AHHHHHHH!!!!!!!!”

“Yeah, I just needed confirmation that the car accident happened,” responded the police officer. “I’m not a therapist.”

At press time, after Shinji Ikari broke down in tears in front of his father, confessing that he felt the car accident was entirely his fault, Gendo Ikari began sarcastically clapping and saying “congratulations.”