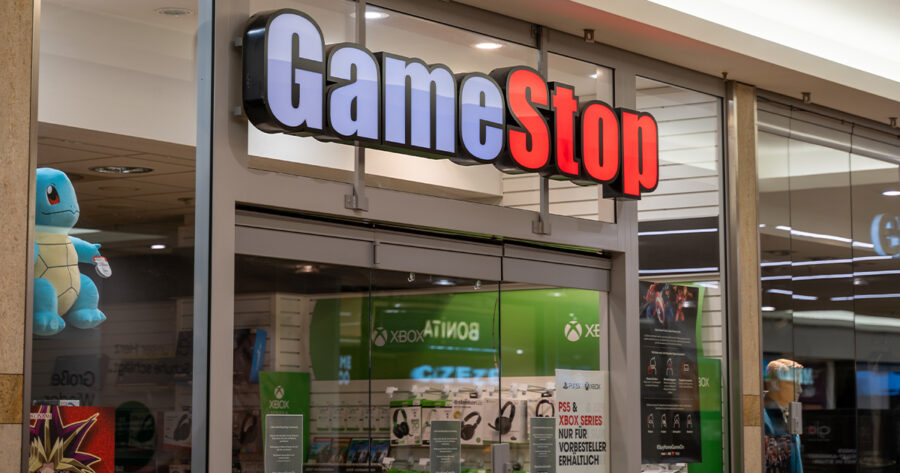 GRAPEVINE, Texas — GameStop announced today that it is expanding its trade-in program from used video games to weapons, armor, and anything else that drops from guys you kill out in the wild.

“This past console generation has been eye-opening for us,” said GameStop CEO George Sherman in a press release. “The way gamers choose to purchase their games has shifted toward digital download, so we’ve decided to respond by shifting our focus on services you can only get from a brick-and-mortar retail store. We’ve added tabletop games to our catalog, began hosting card game tournaments, and now we will also be offering cash or store credit for items in your inventory you’ve picked up off the corpses of men and women you’ve just disposed of.”

GameStop’s new service will go into effect early next week. Employees of the video game retail store have shared some mixed thoughts on the expanded trade-in offerings.

“It’s fucking weird man,” said a GameStop manager who wishes to remain anonymous. “Like I get that the company is looking to pivot and adapt to the changing times, but I don’t like touching any of this shit. Sometimes we get jewelry and treasure, but most of the time it’s just dirty clothing, almost always covered in blood. This one guy came in with a skull and torso that had crystallized. I’ve got no idea where that came from. Though, the policy says we have to accept everything so our hands are tied. I seriously don’t get how this can be a good business decision. Who the hell is going to be 400 boar pelts?!”

Customers, however,  are thrilled by the new service as they line up at the door carrying bags of other people’s wallets and phones.

“This is the best thing GameStop has done in years,” said local gamer and cold-blooded killer, Craig Bailey, 26. “I’ve been hoarding all these jackets and car keys for years not knowing what to do with any of them. I’ve considered them as little trophies of my progress over the past few years, but I just don’t have the room for any of it anymore. Hell, I can’t even walk at a normal speed anymore — I can only shuffle around. I’m glad I finally have a place to just unload my inventory containing mementos of victims’ past.”

At press time, a drunk driver charged with vehicular manslaughter reportedly was able to pay for an attorney after trading in the engagement ring he collected off the couple involved in the collision, sources confirm.