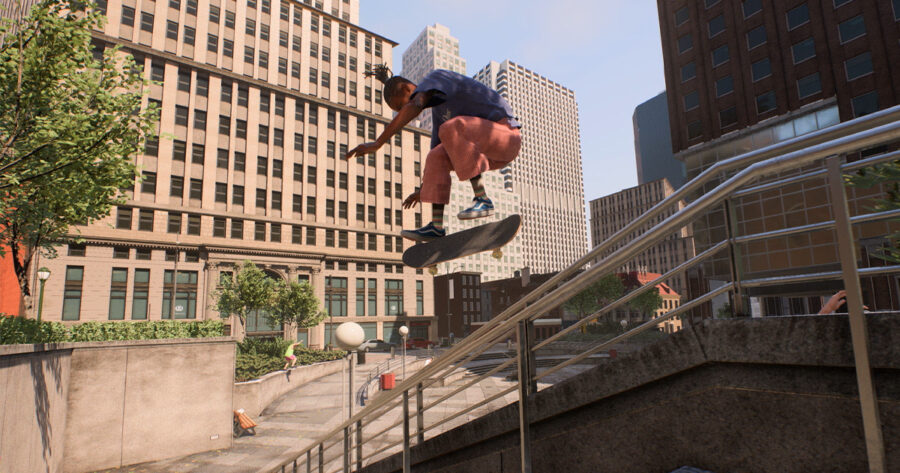 MONTREAL — Following the trailer for the fourth Skate game, titled skate., gamers have demanded that Electronic Arts begin production on a sequel to the upcoming game.

“Yeah, yeah, the new Skate game is gonna have microtransactions or something. Annoying, I guess, but honestly that’s not even why I care. For me, the fun of the Skate series at this point has nothing to do with playing Skate games; it’s all about begging online for a new game to get announced,” said gamer Jeffrey Rogers. “We’ve built a whole community around begging EA to make Skate 4 and now that it’s finally happening, that chapter of our lives has come to a close. I don’t even really like playing Skate games — to me, the game is asking for the game. And so the game of Skate 4 begins for us: demanding EA make Skate 5.”

“I kinda bounced off Skate 3 when I tried to get into it — I’m more of a Tony Hawk guy,” said another gamer, Nile Guthrie. “But for Skate 4, I’ve been to meet-ups, barbecues, and even a protest at the Montreal EA headquarters. That’s the kind of energy I want to keep going for Skate 5, which they really need to make or else I’m going to light myself on fire.”

Despite some developers being shocked by the immediate demands by fans to produce a fifth Skate game, EA community manager Ella Strickland says she isn’t surprised.

“We’re not oblivious; no one gets a job at EA to field friendly comments. If you were expecting the decade-plus campaign for Skate 4 to end with the announcement of a fourth Skate game, then it must be your first day on the job,” Strickland explained. “Whenever we announce anything, I always start by writing down a list of the absolute worst possible things people could say to us in the comments. That way, when we actually get the comments from gamers, it’s only a little worse than what I imagined. That’s just the way things work when you’re an EA community manager. On the other hand, as an EA community manager, no one really expects you to actually answer any of the comments. You’re kind of just the punching bag.”

At press time, Skate fans began participating in a supposed promotional ARG for Skate 5 that involved finding real life addresses where EA employees live, unbeknownst to anyone working at the company.