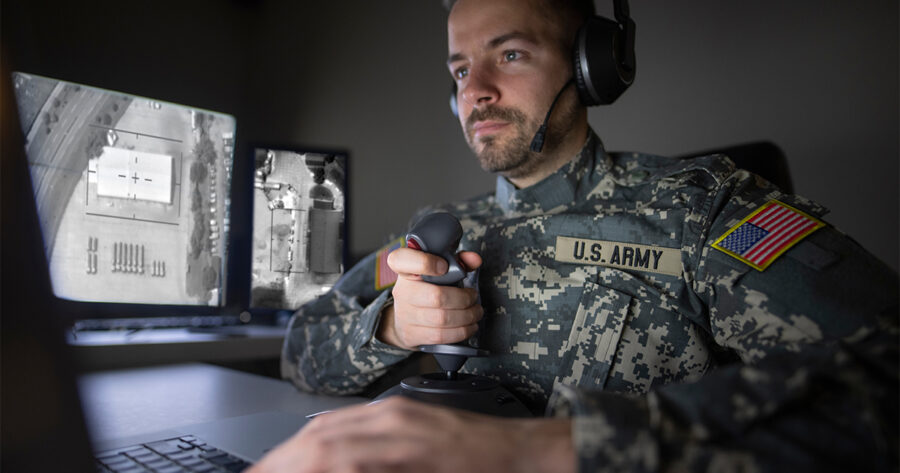 MODESTO, Calif. — Local gamer Martin Long, 22, has reportedly joined the United States military after being inspired to save the world through his video game prowess, according to those familiar with the situation.

“I was watching that YouTube cartoon Alpha Betas and I was like damn those guys regularly save the planet by being good at gaming. How do I get in on that? And the next thing I knew I was signed up to be a drone operator for the United States Army,” Long solemnly explained, his head in his hands. “They told me I could use an Xbox controller and I just said yes. I wanted to, like, chop up bandits in a parody of Red Dead Redemption, like they do in the show. But I fucked up and now I’m a tool of the military industrial complex.”

Long’s family is devastated about the news that Long has joined the military, as well as the fact that he was so easily convinced to change his entire life after watching just one cartoon on the internet.

“Yeah, if the electrical grid of the world was powered by video games, like in Alpha Betas, then I’d be more than happy for him to use video games in heroic, society-saving measures. But, as we all know, the world does not run on video games. Never has, never will,” said Long’s mother Clarissa Long. “Why couldn’t he just, vaguely do good in the world? When I told him he should apply his video games interests to his real life, I just meant that he should, like, be a good team leader or whatever.”

Despite concerns from the vast majority of people in Long’s life, United States Army general Frank O’Reilly says that

“Hey if we can trick gamers to sign up for the service for a few years, I call that a win. Everyone’s already seeing through our tricks using Twitch, so we had to start recruiting in the comments sections of random video game related YouTube videos,” O’Reilly said. “Sure, they’re miserable while they’re here, but so is everyone. It’s the military!”

At press time, Long had already gotten himself discharged from the military after a reportedly “very annoying” three hour explanation of why BasicallyIDoWrk’s gaming compilation videos are the strongest of the Alpha Betas team.

This article is sponsored by Alpha Betas. Check out the pilot below!