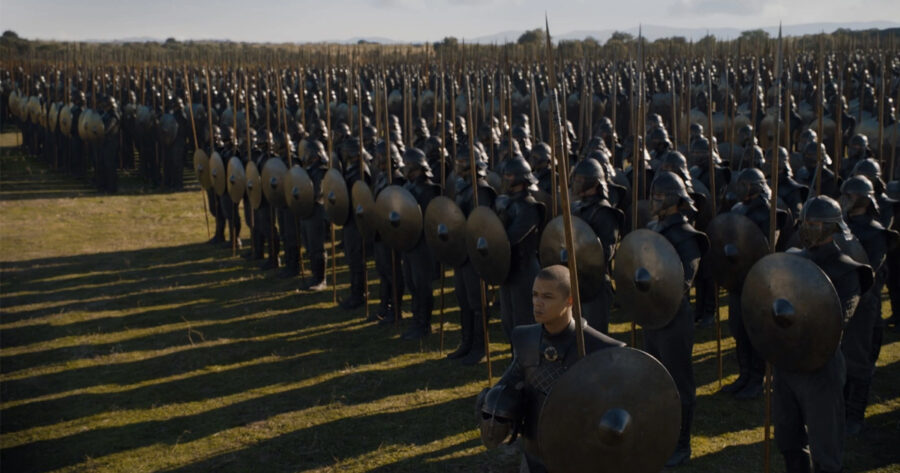 NEW YORK — As HBO’s hit show Game of Thrones comes to a conclusion, fans are preparing for the grand finale, featuring one last all-out brawl between those who think the show is still good and those who think it’s complete doo-doo now.

“The Long Night has ended and Cersei’s army has already been defeated by Daeneyrs’, so there’s only one last big fight in the series left,” explained co-showrunner David Benioff. “And a lot of people think the ‘fans who think the show sucks dick now’ was too sudden of a change, but we have been setting up this battle for years and years with small details. From tiny stuff like making Littlefinger an unlikable moron to bigger stuff like making consensual sex scenes in the book non-consensual. All of that was foreshadowing this final battle.”

“I think fans are going to be really pleased with the results. Or they’ll really hate it. That’s kind of the point,” Benioff continued. “Either way, my plan is to stay off the internet and get really drunk.”

The episode will begin at 9 p.m. EST and run a little over an hour, but HBO says that the story doesn’t end there.

“We’re planning a lot of really interesting prequel shows that will bring a new insight into the origins of why some people think the show is still putting out good work and why other people think it’s just absolute incomprehensible trash now,” explained HBO Chairman Bob Greenblatt. “The theme of Game of Thrones is clear: although battles may be won, this war between fans will never be over. That is, if you don’t think themes are for eighth-grade book reports.”

As of press time, Game of Thrones fans around the globe prepare for battle, sharpening internet pitchforks, finalizing memes, and placing jars of wildfire beneath important subreddit strongholds.