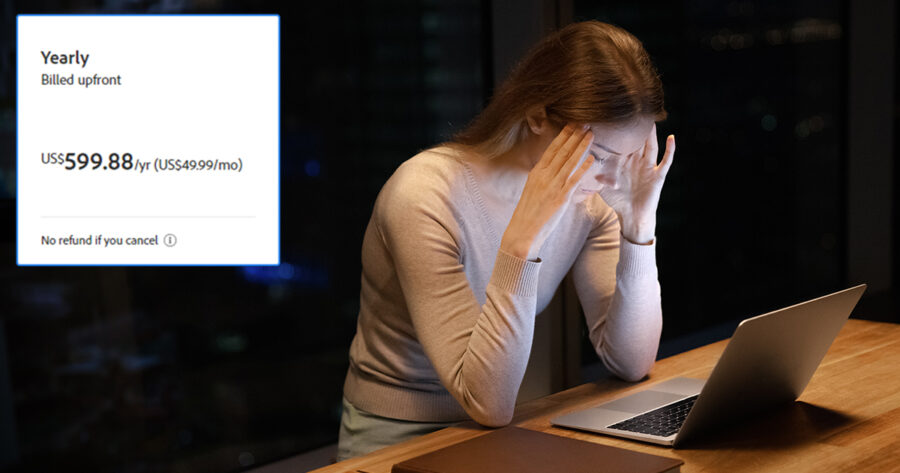 CHICAGO — Local freelance graphic designer Amanda Norman was forced to sell all of her belongings and move back in with her parents after forgetting to cancel her Adobe Creative Cloud subscription before it auto-renewed.

“As a freelancer, I’m essentially living gig to gig, so I managed to find a cheaper program, but forgot to cancel my Adobe subscription,” said Norman, after selling her couch on eBay. “Next thing I know I’m out $600 and can’t make rent. I thought I was doing a good job managing money! Hell, I even bought a paper planner, like some hipster. Thankfully I can stay with my parents, but I might need to start selling some organs if I want to cover my student loans. Oh well, at least I don’t have to keep using Gimp for the next year.”

Norman is one of many clients of financial planner Bob Foster, who specializes in helping freelancers screwed over by Adobe.

“I see cases like Amanda’s all the time. Did you know that every ten minutes, at least 80 gig workers are financially crippled by wanting to edit their video with a feature that only works in Premiere?” said Foster. “My job is to help these folks back on their feet. Subscriptions that you know about are bad enough, but a forgotten one? They can be a real kick in the independently-contracted balls. Yeah, I don’t do it for free, and I’m not inexpensive, but I’m not ‘$33 a month just for fucking photoshop’ expensive. And you don’t even need to beg a college kid for their email to get a discount for my services.”

Adobe spokesperson Greg Benson reaffirmed that the company was not responsible for their customer’s financial woes.

“It’s all there in the terms of use, right under the ‘charge you on a random day of the month’ clause,” Benson explained. “Adobe is not responsible for monetary problems caused by recurring payments. That’s corporate speak for ‘quit whining and enjoy your extra month of InDesign.’ Besides, any good freelancer knows that you should be willing to pay at least $300 monthly for the programs necessary to make a living. You could also register as an LLC, like a bitch.”

“And if you wanna cancel, you’re welcome to at any time,” Benson added. “I get it. Our programs are expensive. Good fucking luck using literally anything else, though, fuckface. You’re already addicted to our AI erasing all your backgrounds and shit.”

At press time, Adobe announced that it will randomly bill customers twice in one month “just for fun.”