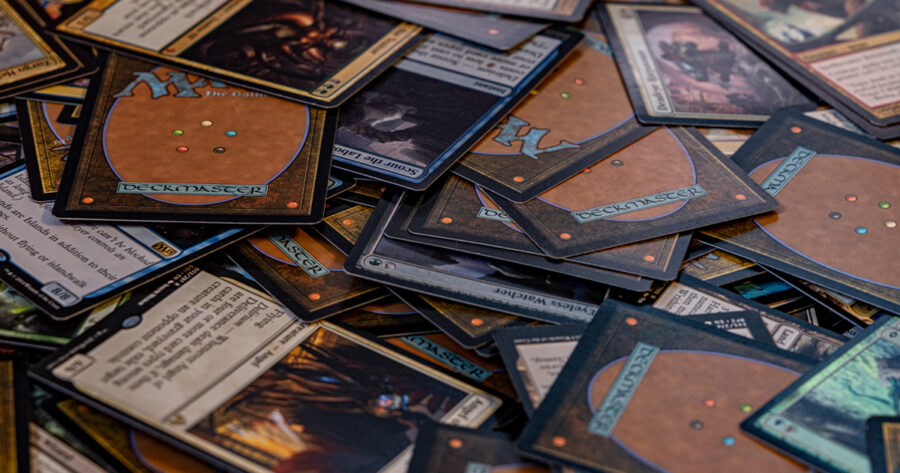 SAN FRANCISCO — A rare, first edition printing of the Magic: the Gathering card Time Walk recently posted on eBay has quite clearly seen some pretty horrifying shit since it was printed in 1994, sources have confirmed.

“Oh my god, look at that poor bastard,” said Michelle Baker, while viewing the online auction page. “It’s labeled as used, so it’s not that they’re lying or anything, but just, wow. ‘Used’ doesn’t really seem to do justice to what it looks like this card has been through. There’s a cigarette burn in the top corner and what appear to be bloodstains on most of the backside of it. Good thing this card is banned anyway, ‘cause I don’t think you can bring bloody cards into tournament play. Definitely not during COVID.”

The description of the item on the post confirmed that it had, in fact, seen some seriously gnarly stuff over its 27 years on Earth.

“This card was in my back pocket my entire senior year of high school, kind of a good luck charm,” read the post. “But the downside of its good luck is that now there’s about a year’s worth of butt sweat permanently caked into the card itself. It kind of smells like if you dropped a bag of food garbage in a sauna and forgot about it.”

“Free turn after this one, though,” the post continued. “Tough to beat that.”

Experts say that most first edition cards have seen horrors beyond most of our wildest imaginations.

“Not only were these cards in incredibly high demand as the popularity of Magic soared through the ‘90s,” said Raul Ramirez, a local comic book shop owner that also buys and sells Magic cards. “But because we had no idea how valuable a lot of these cards would become, dudes were straight grappling them with unwashed hands and shuffling them with their dirty, sweaty, Cool Ranch fingers. If this card could talk, it would most certainly plead with someone to kill it.”

“Seriously, though. Free turn after this one,” he added. “Tough to beat that.”

As of press time, the winner of the eBay auction had not received the card in the mail, as it was mistakenly believed to be a chemical weapon by the United States Postal Service.