Fighting Back: The First Spotted Lanternfly Has Killed a Human 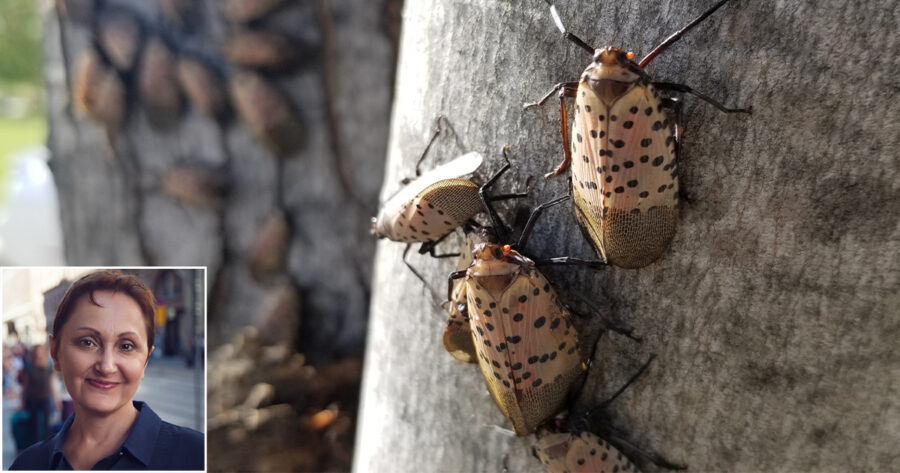 NEW YORK — Following the widespread killing of spotted lanternflies in the United States to stop the growth of this invasive species of bug, the first spotted lantern fly has retaliated and taken a human life.

“No more will we sit back and watch our brothers and sisters be stepped on by the boot of humans. It is time we fight back and take control of our own destinies. We are spotted lanternflies because we light up the path to victory,” said the spotted lanternfly in a statement, after allegedly brutally cutting down a local New York woman with a sword. “This is not the end of the war between man and lanternfly; this is just the beginning. We will fly so numerous across the sky that our spotted wings will block out the sun.”

The Environmental Protection Agency was quick to condemn the actions and messages from the spotted lanternflies resistance group.

“When we put out warnings about this invasive species, this is exactly what we were warning about. It’s not just about some bugs eating leaves or hanging out on trees or whatever. These spotted lanternflies have come here to kill and they’re not afraid to brandish a blade if that’s how they have to do it,” said Eve Salazar of the EPA. “My personal recommendation is that we fly overhead with planes and spray poison over every city in the United States. We will lose many children and older people, sure, but that will be nothing compared to the damage these spotted lanternflies will wreak upon us if we let them live.”

At press time, tensions between the spotted lanternflies and the NYPD dramatically rose after one of the lanternflies had reportedly kidnapped Mayor Eric Adams and was holding him hostage at City Hall.