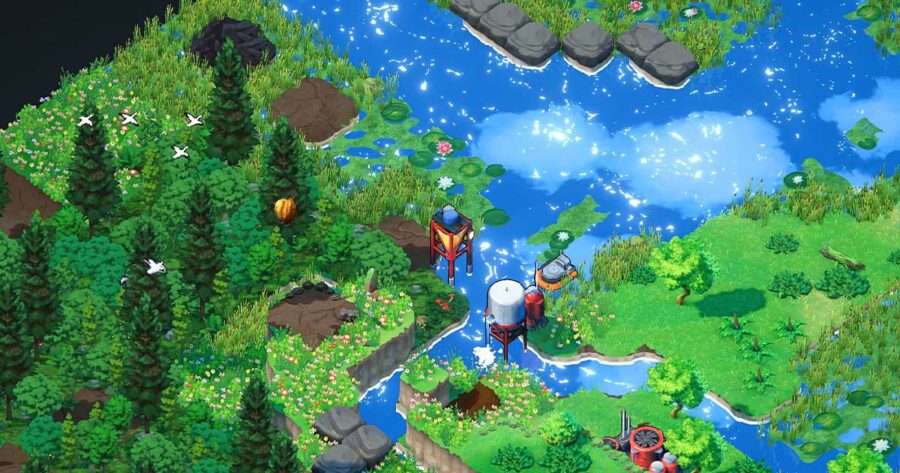 Facebook0Twitter0Reddit0
X
BY Jeremy Kaplowitz ON May 2, 2022

“I’m a huge sci-fi and fantasy fan, so sometimes I feel like I’ve seen it all and can be pretty jaded. But holy shit, the premise of Terra Nil actually blew my mind; a planet where people actually spend resources to try and defeat climate change?! It’s one of the most imaginative premises I’ve ever heard of,” said avid gamer Mariella Bryan. “The gameplay looks pretty fun too — I mean I’ll play any city-builder game, I’m not an animal — but man, that premise really blew my mind. People coming together to fight climate change. What will they think up next?!”

According to those familiar with the situation, the Terra Nil development team wanted to focus on creating an other-worldly experience like trying to save the one the players are living on.

“We’re used to working with more relatable situations ripped out of our daily lives, like with our game Genital Jousting. Obviously, that was more of a life-sim. So for Terra Nil, we really wanted to expand our horizons and tackle a premise that felt more unimaginable,” explained Free Lives creative director Evan Greenwood. “Science fiction is all about taking an idea that people know in the real world and heightening it. For Terra Nil, we started with a familiar premise — ravaged environments, areas destroyed by feckless industrialism — and then we introduced a twist: the ability to do something about it.”

At press time, however, city-builder fans were dismayed to discover that Terra Nil isn’t one of those games where you can suddenly decide to be evil and just let a bunch of AI people die for no reason.

This article is sponsored by Devolver Digital. That’s right: all of your worst fears about video game reviews being paid for are accurate. The world is crumbling around you. There’s no hope for the video game journalism industry anymore… except… is that a light? Yes… yes! You can wash away your fears and misery by building up the serene and beautiful of Terra Nil! Have fun, gamers!