Elden Ring Would Not Have Been Popular in Other Eras, Such as the 1920s, Because Video Games Didn’t Exist Then 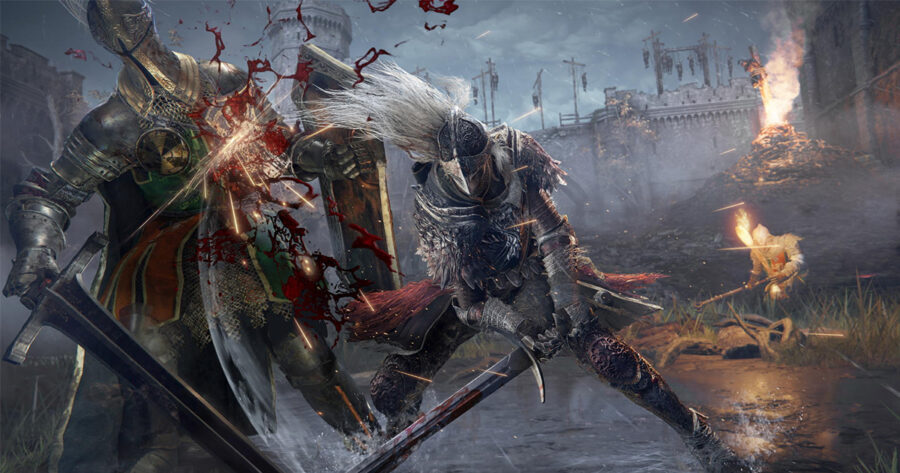 Elden Ring, the newest action-adventure video game from veteran developers From Software, is taking the world by storm. Despite its steep difficulty curve and limited explanations, it is a surprisingly fun experience, with death and discovery behind every corner! But it would have been literally impossible to predict that the game would have been such a hit, or even a hit at all; in fact, most analysts — at least, the ones who had even heard of it before its release — predicted the game would be a major flop. So what’s the deal?

Well, it turns out that Elden Ring’s success is a product of its exact environment. People are sick of being beaten down in their real lives, so they’ve turned to the artificial world to be beaten down there instead. Between COVID-19, the war in Ukraine, the years following Donald Trump’s presidency, and the rise of NFTs, there isn’t really any other time period where this game could have succeeded. I mean seriously, let’s think about it.

What if Elden Ring came out in the 1980s? The graphics would be terrible and hard to make out, with incredibly janky combat on arcade machines. Not to mention, people would want to go outside and hang out with people, or they’d be complaining about Reaganomics, which were very popular at the time. Without the pandemic, it’s hard to imagine people spending their time indoors, cranking out boss fights and leveling up their characters in the vast world of Limgrave. And who is there to look up to? In the ’80s, video games were littered with working class heroes like Mario for fans to relate to, while Elden Ring has only despair. Elden Ring would have been a flop for sure.

What if Elden Ring came out in the 1920s? In the 1920s, video games didn’t even exist. People wouldn’t even know what to do with the disc, and if the game was launched with a PS5 and TV so that people could play it, they wouldn’t even know what it was. Not unlike the people in the audience for that short movie where a train approaches the station who thought they were going to be hit by a train, gamers in the 1920s trying out Elden Ring would think they are literally being transported into the game’s horrifying land of monsters and murder. Players would assume that the game had arrived on Earth from the depths of Hell, and would have dismissed the gameplay as “tedious” and “too difficult.” No way to see the game being a hit.

What if Elden Ring came out in the 2100s? In the 2100s, Elden Ring will feel incredibly dated. If the game came out in that time period instead of exactly when it came out in 2022, fans would dismiss it as old news. All video games in the 2100s will be virtual reality games that are so all-consuming that they feel as if they are taking over your life, as you forget during gameplay that you’re even a person playing a video game. Gamers will be confused even by the idea of sitting on a couch, holding a controller, and looking at a television screen, which will undoubtedly be technology that no longer exists. Instead of TV, we will have entertainment beamed directly into our brains, and instead of couches, we will have exclusively miniature mech-suits that we wear at all hours of the day and that help us sit, stand, walk, and sleep. Releasing Elden Ring in this time period would be like releasing a stone tablet from the ancient days of humanity, and it would likely make very little money.

At the end of the day, I think we can all agree that Elden Ring came out at the exact perfect time. And I’m glad that it did, as I already have nearly 150 hours playing it! I’m still stuck on the game’s final boss, the terrifying Godrick the Grafted, but once I finish that, I’ll be looking forward to the next game that COVID-19 serves me up on a platter.