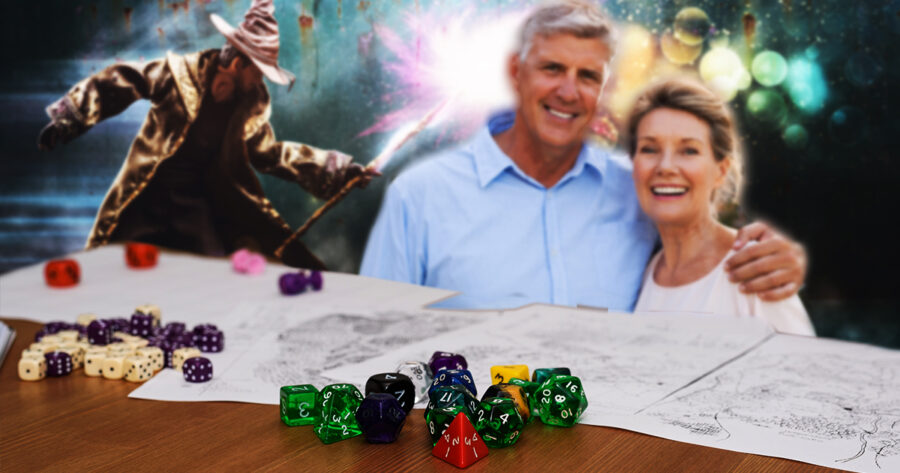 PITTSBURGH — Local Dungeon Master Tyler Ferrell, being free to imagine worlds wherein literally anything is possible, has designed a fantasy realm that features his parents respecting him as a person.

“One part had this underground castle ruled by a dragon who speaks telepathically, but only through song. I was like ‘this is the most mindblowing thing ever,’” said Laura Roth, one of Ferrell’s friends and a player in his D&D campaign. “Then our party walked into a room featuring Tyler’s parents congratulating him on completing a creative writing degree in only six years. I had never seen anything like it.”

According to Ferrell, his trick for making such intricately creative settings is to use his real life as inspiration.

“For this particular campaign, I wanted to keep it grounded by having my real-life parents live in my real-life house in one of the villages my players came across,” said Ferrell in an interview. “That base layer of reality makes it so much easier to get away with the absolutely bonkers fantasy shit like talking animals or me not being present in the house even though that’s where I still live in real life.”

When Ferrell isn’t crafting stunningly complicated civilizations for his role playing games, he’s hanging out at the local Starbucks working on what he describes as his masterpiece, a science fiction adventure novel.

“I read a copy of the first draft and it was brilliant but I felt like a lot of the sci-fi elements were way over my head,” said Roth. “It takes place in this spectacular alternate universe where everything is exactly the same except that Tyler is already an accomplished author with four books under his belt. It blew my fucking mind.”

When asked to comment on Ferrell’s success as a brilliant fantasy world-builder, his parents simply said “No thanks, but we would love to talk about Tyler’s sister Carla who just got into Harvard Law school!”