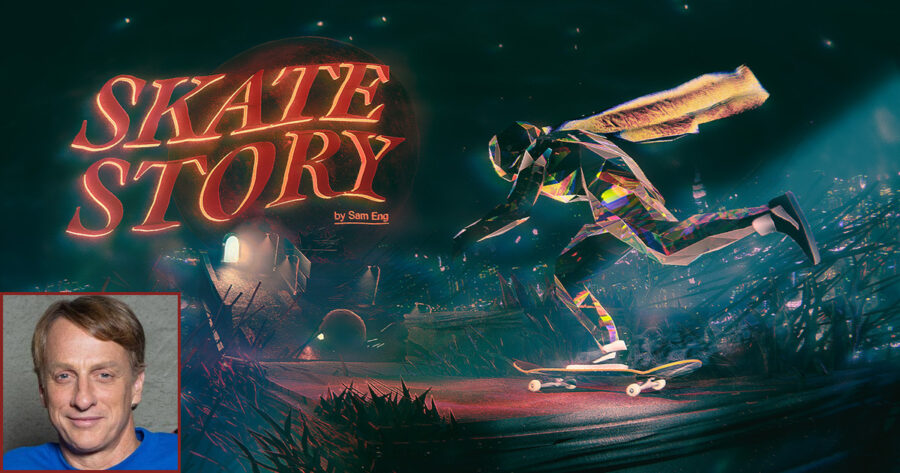 NEW YORK — The gaming community was rocked this week upon realizing that a new skateboarding game published by Devolver Digital, called Skate Story, which features a demon protagonist destined to rip forever, is not about Tony Hawk.

“When I first heard about a new game where you play as an undying skater putting together sick lines through the underworld, I just assumed they were making Tony Hawk’s Pro Skater 6,” said skater Brendan Green. “I mean, I saw a video where that guy broke his femur clean in half and was walking on crutches the next day. If that’s not some kind of pagan healing magic, I don’t know what is!”

Skate Story creator Sam Eng clarified that there is an abundance of Hawk-esque skaters in the community — ageless ghouls fated to ride until the Earth is reduced to ash — and therefore does not require his protagonist to be Tony Hawk himself.

“The skating community has been writing itself off by always using Tony Hawk as the selling point for these games,” remarked Eng. “The number one thing I felt Skate Story should showcase was the plethora of other very talented skaters who have been eternally damned to a cycle of hitting spots and shattering into a million pieces like Vans-clad Sisyphuses.”

Hawk himself has been struggling with his apparent immortality and purpose in this world.

“I’ve been doing a lot of soul-searching about this, you know, consulting spiritual mediums and Ouija boards, the classics,” explained Tony Hawk, “and I’ve come to the conclusion that the reason I must still perform McTwists at age 54 is because back in 2004 I gave players a peek of Hell in the New Orleans level of Tony Hawk’s Underground 2. They didn’t like that.”

Despite the Skate Story’s lack of Tony Hawk, however, Eng confirmed at press time that the game’s protagonist will still be trapped in a never-ending Hell of people not recognizing him in public places.

Good news, gamers! This article is sponsored by Devolver which means that we didn’t just make all this shit up. Skate Story is a real life video game that you can play when it comes out. Press that wishlist button on Steam because this game looks sick as fuck — and we didn’t even have to say that.