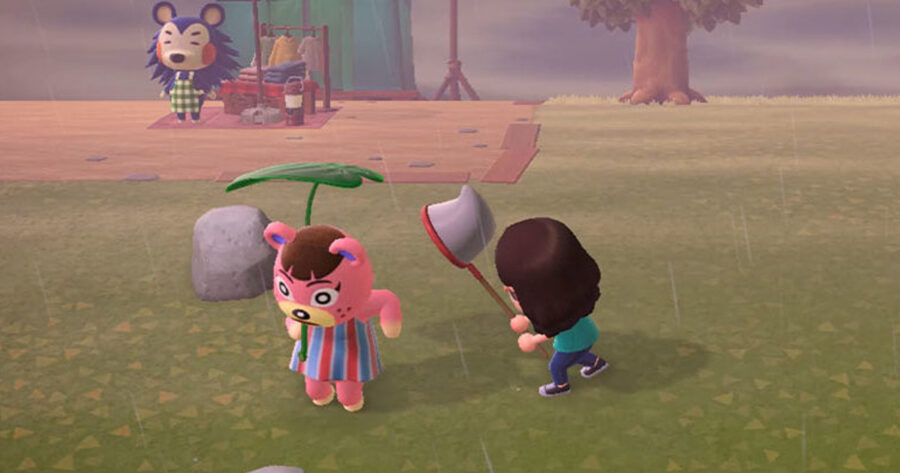 DESERTED ISLAND — Local Animal Crossing villager Ursala has been forced to continue receiving daily harassment on the deserted island she inhabits due to her poor financial situation preventing her from moving away.

“I just got here a few weeks ago and I’m still three years away from paying off the 159,000 bell loan I took out to move,” said Ursala, climbing over large stacks of fish tanks that had been placed around her home the previous night to trap her inside. “I don’t like constantly getting hit on the head with a bug net, but at this point, it’s my only financially sound option.”

Ursala mentioned that the harassment started 2 weeks after moving to the still-growing deserted island when the island’s Resident Representative began to take their frustrations out on her.

“Darryl invited me to come here, and he made it sound really nice, so I don’t understand why he started complaining about my behavior and appearance to Isabelle every day,” Ursala said, “One time he dug holes around me while I was trying to walk to Nook’s Cranny to sell turnips. The last of my savings have literally gone rotten, groomph.”

Despite the harassment only coming from one villager, the islands’ other denizens have remained notably silent about the issue.

“I feel bad for Ursala, but I don’t wanna get on Darryl’s bad side either, snuffle,” said Agnes, another villager who had distracted herself from the turn of events by working on DIY projects inside her home. “I’m just gonna stick to talking about how much I love napping whenever she tries to strike up a conversation with me. She really seems to respond to that.”

Desperate to escape, Ursala was forced to ask for loan forgiveness from Tom Nook, the entrepreneur behind the Nook Getaway package utilized by all newcomers. Ultimately, her request was denied.

“Yes. Yes. It’s a shame that some of our villagers are being harassed like that,” Nook said “But I don’t think it’s my responsibility to provide charity for villagers who suck at making small talk with Darryl, hm?”

At press time, Ursala was reportedly sitting idly by the side of the river, staring at a fish swimming by and imagining how nice it would be to switch places with it.