Kyle Rittenhouse Is Coming to ‘Dead by Daylight’ 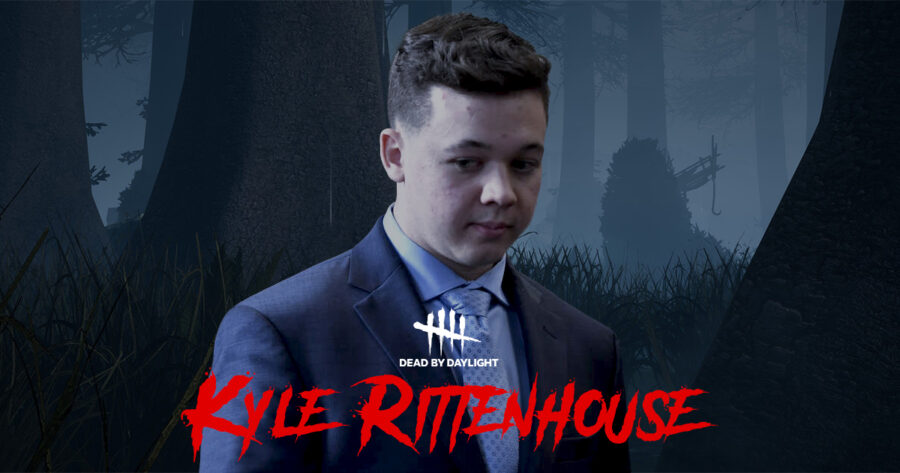 Dead by Daylight is getting a massive new free DLC update, with players now getting to hunt down survivors as iconic killer Kyle Rittenhouse!

Rittenhouse, the famed Kenosha Washington shooter, has been awoken by The Entity to patrol the Dead by Daylight maps, gunning down generators and hooking innocent protestors. Rittenhouse comes complete with his trusty assault rifle, and is available with both his trademark backwards baseball cap plus surgical gloves skin and his courthouse suit ensemble.

In Dead by Daylight lore, The Entity was remarkably impressed with the 19 year old’s ability to kill without remorse or punishment, and recruited Rittenhouse after giving him a special appearance on its late night conservative talk show. Now, he wanders the all-new RNC map looking for liberal stragglers to meet their demise.

Players can utilize Rittenhouse’s signature ‘Self Defense’ perk, allowing him to claim self defense after hooking a survivor, giving him a short speed boost to avoid persecution or reprisal.

Rittenhouse’s ‘Second Amendment’ perk lets him abuse oversights in the U.S. Constitution to improve his primary weapon as the match goes on with no form of cooldown or legislation delaying his attacks.

His passive ability ‘Carlson’s Blessing’ affords him a special endorsement from the dark energy of Tucker Carlson, effectively giving Rittenhouse a buff against all minority survivors, causing any non-white survivor to suffer a bleeding effect for thirty seconds after being hit.