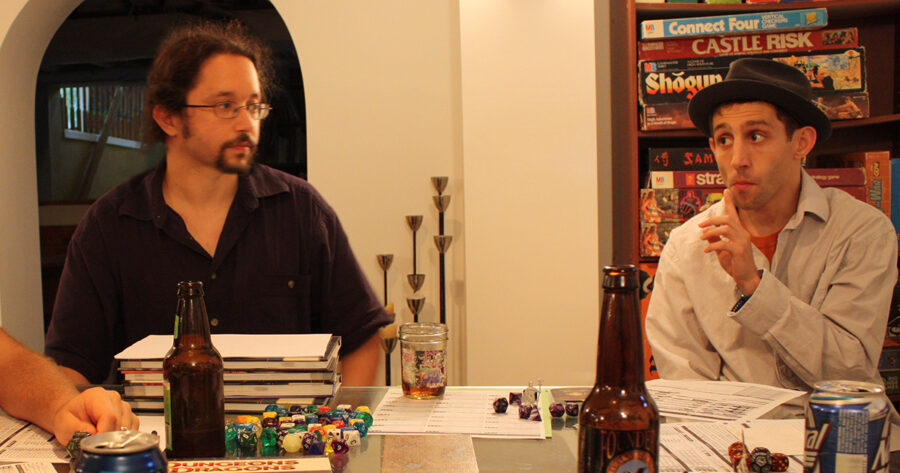 WEATHERFORD, Okla. — A local tabletop roleplaying group is in disarray after player Joel Robinson failed the stealth check necessary to conceal the rancid fart he let loose at the table.

“It’s bullshit, I’m the party rogue so that stealth check should’ve had advantage,” Robinson said, surreptitiously waving his hand behind him. “Plus it was such a big one that I’m kinda convinced I might have interfered with the dice roll so I should get a do-over.”

Amelia Bradford, another party member who plays as the group’s sorcerer, indicated that Robinson seemed to have a gross misunderstanding of how in-game mechanics intersect with one’s actions at the table.

“Rolling a bunch of dice is never going to conceal a sound and scent of that magnitude, no matter how many sides they have,” Bradford said. “It also doesn’t help to start accusing other players and derailing the session to keep arguing about who was responsible.”

Dominic Choi, a game designer from Wizards of the Coast, cited the incident as one of many reasons why Dungeons & Dragons is such a unique and challenging game for both players and dungeon masters.

“As a dungeon master, you need to be able to think on your feet and incorporate real life factors into your storytelling,” Choi said. “Instances like farting at the table can be explained as passing through a bog or a nearby corpse. However, those explanations can only work so many times, so you have to continue to innovate in order to maintain party immersion even in the face of the nastiest beefs.”

At press time, the dungeon master of Robinson’s party was engaged in a spirited debate with his players over whether the overwhelming stench should count as poison damage or psychic damage.