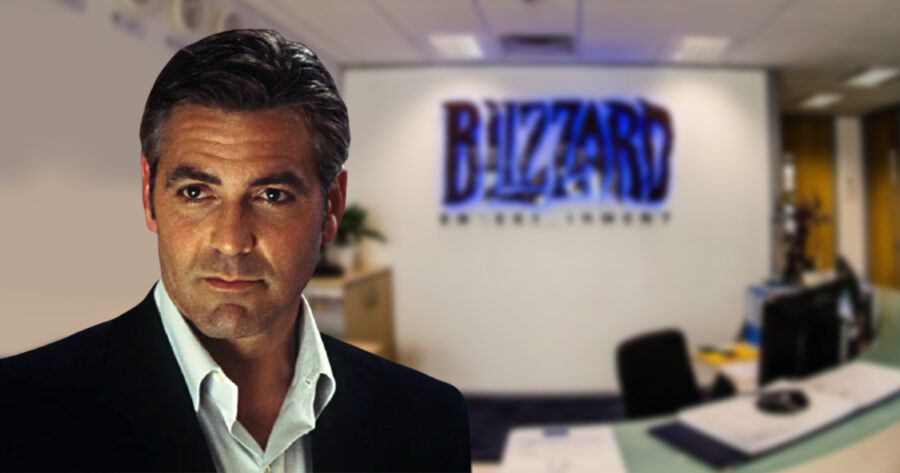 LAS VEGAS — Master heist organizer Danny Ocean has reportedly gathered a team of top criminals, acrobats, and smooth talkers in an attempt to break into his old Blizzard account and retrieve his progress on a Hearthstone profile.

“We get into this and it’s a pay day for everybody. I’m talking Dr. Boom cards for each and every one of us just to start,” Ocean reportedly told his associates at their secret hideout. “It’s not gonna be easy, though. We’re going to need everybody at the top of their game, working in unison, to pull off a heist of this level. If you’re not in, you gotta tell me now. Because this is going to be the job of your lifetimes.”

According to those close to the situation, the heist will require a team of expert actors to infiltrate Blizzard as employees, breaking into the closely-guarded customer support team. There, an acrobat/contortionist will break out of a box delivered within a server room in order to enter a vent and travel across Blizzard HQ to a top secret team that certifies all two factor log-ins via the Blizzard mobile app. Once a computer expert disables the security system, a demolition expert will blast down the wall of the vault containing all of the old passwords, allowing one of the smooth talkers to reverse their clothes, rip off their fake facial hair, and walk out with the old account information. Once back at the hideout with the prized jewel, Ocean will simply log back into his old Blizzard account, complete with all of his Hearthstone cards, and drive off into the sunset, able to dust them and purchase meta decks for everybody without having to spend real world money.

At press time, however, the plan quickly went awry after key members of the team discovered that the secret reason why Ocean was looking to log into his old account was actually because it contained chat logs with his ex-wife, who, while Ocean was in prison for cheating in World of Warcraft, began dating CEO of Activision Blizzard Bobby Kotick.