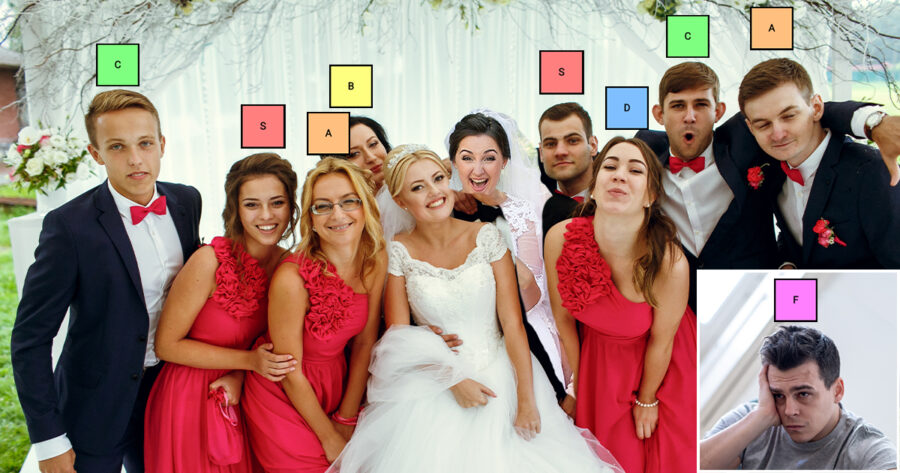 RALEIGH, N.C. — Local engaged couple Elaiza Tan and Kate Figueroa were frustrated having to sort all of their friends into a big tier list in preparation for their upcoming wedding, according to those familiar with the situation.

“Having to list out all your friends and rank them in a list feels bad, but we need to figure out who is strong enough in the meta to make it to our wedding. Sure, people like Kris were really strong a few years ago, but after a year of COVID, they’re not really in the meta at all anymore,” Figueroa explained. “We have two maids of honor, of course, which are our mains, but everyone else needs to get placed somewhere on the tier list.”

“The only thing we know for sure is that it’s a no-kids wedding,” she added. “Kids are automatically F-tier. They’re annoying as hell and their low intelligence makes them awful friends.”

Despite Figueroa’s frustration, however, Tan has had a somewhat easier time ranking the couple’s friends.

“Freddy — Kate’s ex who I think she might still be in love with — is fucking banned. He is too charismatic and OP. He is the only person I have ever met who is SSS tier. I will not allow him to come and dominate the wedding,” said Tan. “The thing about Fred, and I know everyone’s sick of hearing about him, is that he has a huge hitbox. And you know what I fucking mean by hitbox. I’m talking about his penis. He needs to be banned. It’s a hitbox that he uses to hit boxes. He will fuck all the bridesmaids.”

After wedding invites were sent, several friends were saddened to discover that they were too low-tier to receive an invitation at all.

“Sucks to find out I’m basically the Waluigi of the group,” said Figueroa’s co-worker Randy Tate. “I thought, at the very least, I could get in as an alt skin of that guy Mandy. But I guess we’re not really that similar after all. Hell, I don’t know if I am Waluigi. At least he’s a fan favorite. At best, I’m probably just a meme pick like Three Goombas in a Stack or Tetris L Piece. I’m still holding out hope that Kate gets divorced and I can get into the next wedding, though.”

As of press time, wedding attendants were frustrated to discover that most of the people at their tables were anime swordsmen.