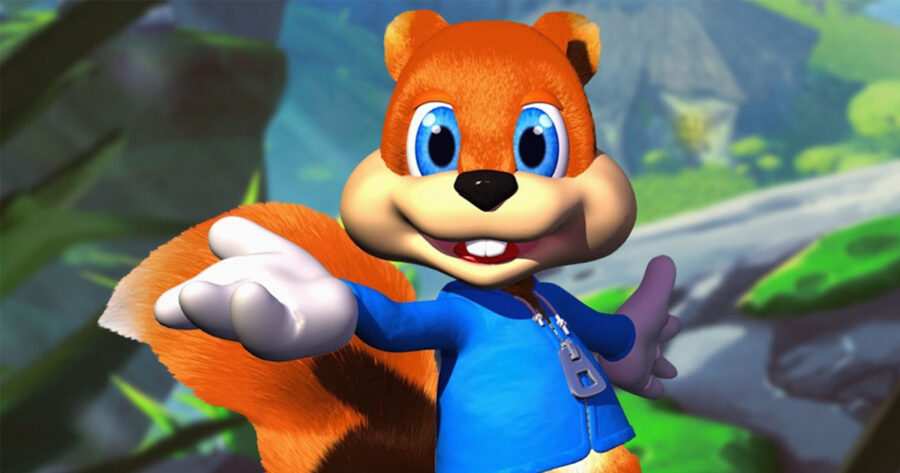 Whether you like it or not, some video games age badly. While many titles will stand the test of time, the 2001 Nintendo 64 game Conker’s Bad Fur Day has absolutely not, because my dog pissed all over my cartridge when I accidentally left it in the front yard.

Back in the day, I thought Conker’s gratuitous violence was perfectly fine. I mean, it looked rad as hell on my 26-inch CRTV when that dinosaur ripped that cuddly little critter in half, but today, in 2021, it just hits differently. Because of my dog’s pee, the screen is littered with random jaggies, and I can barely distinguish what is and what isn’t a fountain of totally rad gushing blood. And that’s just the beginning of the issues. I mean, Jugga’s J-Cup jugs are totally inappropriate nowadays, considering how they look like a watery kaleidoscope of mismatched pixels on my screen.

I’m evolved enough to know entertainment is often a product of its time and won’t necessarily hold up to modern scrutiny or my dog’s thick piss, but in the case of Conker’s Bad Fur Day, it’s just all too much. I refuse to play such a horribly aged game again until I can purchase a cartridge in better shape. That, or the urine fully dries out.