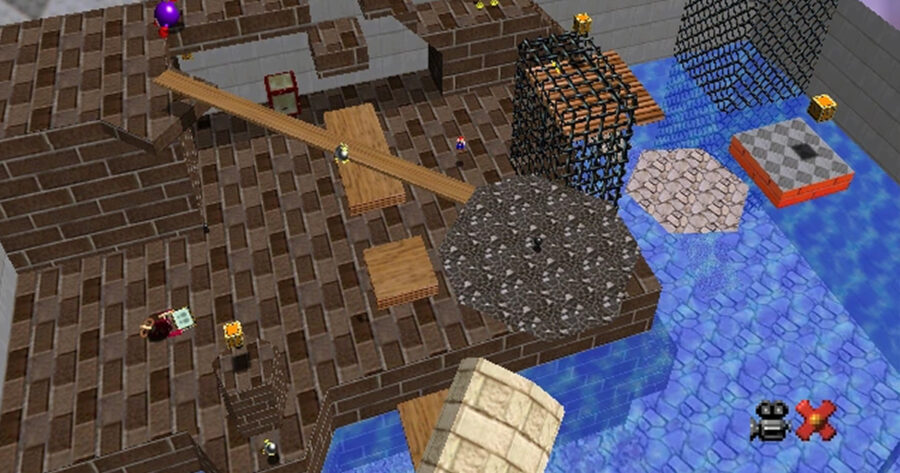 WET-DRY WORLD — After decades of studying the impact of greenhouse gasses and fossil fuels’ effect on the environment, climate scientists have published a new report this week stating that they have no idea what is going on with Wet-Dry World.

“After much discussion, we honestly have no clue what is going on with the eleventh course in Peach’s Castle, otherwise known as Wet-Dry World,” said lead scientist Martin Felshman. “Our findings indicate that the water levels rise, or even fall, depending on the angle at which Mario jumps into a large portrait hanging on the wall. It is possible that Mario’s ass could be key in solving the ongoing global crisis of climate change, but further studies on the subject are necessary.”

Research has shown that civilization may have existed at one point in Wet-Dry World.

“It appears that an abandoned town of some kind once existed here,” explained Felshman, “but due to the rapidly fluctuating water levels based on the angle at which Mario enters the painting, they have all likely drowned to death some time ago, leaving nothing behind but 8 red coins and 6 power stars to find.”

The owner of the castle, Princess Peach, says she has no idea where the painting originally came from.

“Truthfully, I don’t even remember hanging these portraits up, they’ve been adorning the walls for as long as I can remember,” said Peach. “I’ve heard there are different locations inside a lot of them, but usually they’re just filled with a bunch of baubles and objects for Mario to run around and collect to keep him busy for a while. That guy’s mad annoying.”

At press time, climate scientists have posited that we ourselves may live inside one giant painting, and that a Mario-like figure on the outside could lead to our salvation, or our ultimate demise.