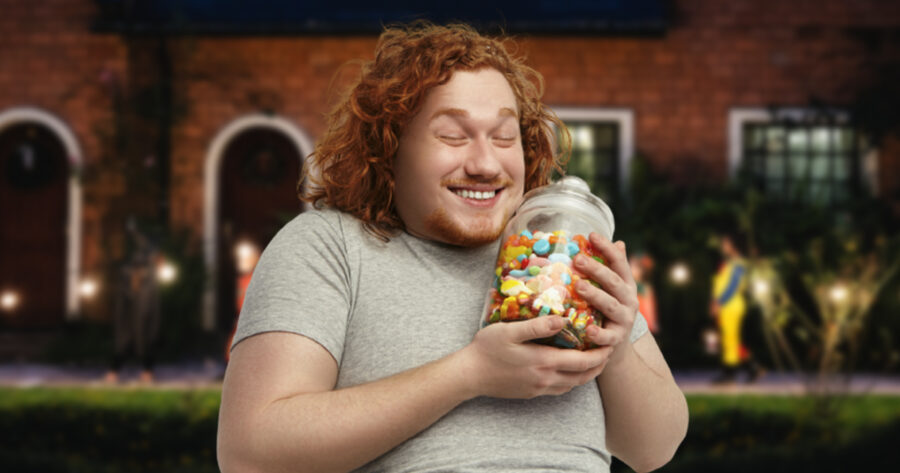 FAIRFIELD, Conn. — Kenny Coleman, local pokemon fan and former adolescent, has reportedly received a number of rare candies in his halloween basket, leveling him up to 36 years of age upon consumption.

“I don’t know how I could have let this happen,” said the newly aged child’s mother, Barbara Coleman. “I searched through all the candy he collected for any kind of tampering like needles or razor blades. I’ve read the horror stories, but no one ever warned me that my son could suddenly grow up past his teenage years and twenties from eating a handful of sugary treats.”

Kenny Coleman has now had a couple days to adjust to his pudgy mid-thirties body and has shared his first thoughts following this change.

“Other than being much taller and hairier, I don’t really feel all that different,” said Kenney. “The biggest change I noticed is an immediate disgust I feel looking at the designs of any pokemon that came out after the original 151. I used to just find the games fun, but suddenly I have an opinion on Game Freak reusing animations in Sword and Shield.”

“They made us watch a puberty video in school called Just Around the Corner,” Kenney added. “I guess I thought I had more time.”

This significant life change has caused a bit of strife within the Coleman household as the whole family is getting used to the new Kenny.

“I had been EV training Kenny since he was born,” said a disappointed Ralph Coleman, Kenny’s father. “Having him pick fights with the neighbor’s kids, boosting his speed and defense—I was trying to set him up for a real strong adulthood and now all of that has gone to waste.”

At press time, Kenny’s father kicked his son out of the house and told him to get a job which he would have done when he reached 10 anyway.