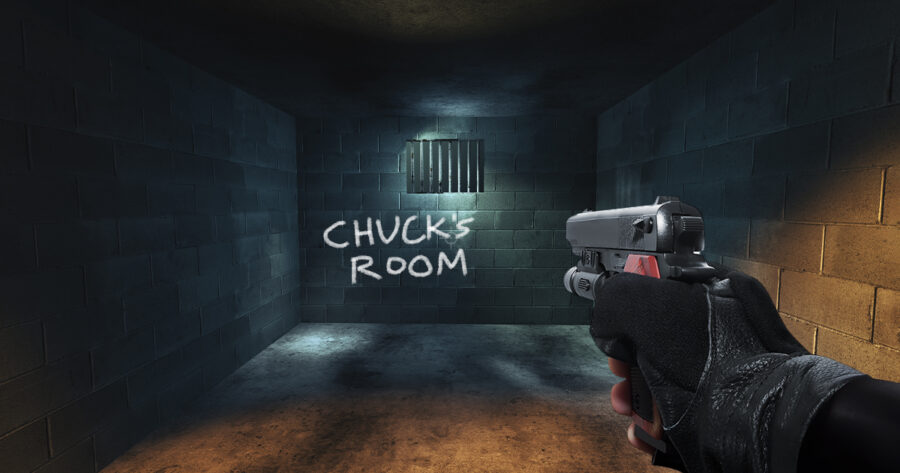 MONTREAL — Up-and-coming indie game studio Red Team Blue has disappointed fans after announcing on Twitter that a widely-speculated easter egg in their popular zombie shooter title Army of Decay was nothing more than a personal reference to a pet cat belonging to one of the developers.

“No, the hotly-discussed ‘Chuck’s Room’ does not refer to a planned sequel or expansion of the game, but is rather an unrelated and inconsequential piece of data in reference to our senior concept artist’s cat,” explained studio lead Jamie Salt. “We apologize for any confusion that we may have caused with this. We hope you will accept, in the place of sequel confirmation, a photo of Chuck cuddled up in a cardboard box. Meow.”

Fans of the game were quick to share their disappointment about the hidden message, wondering why it was even there in the first place if it wasn’t meant to be picked apart.

“It’s pretty irresponsible of the devs, not to mention just shitty,” replied one user. “I’m a fan of AoD, so when I first accessed Chuck’s Room after combing through all of the game’s data, I went down the rabbit hole to see if this would have any implications for a future title. But no, apparently it’s just some dude’s pet. And it’s not even a unique one like a ferret or chinchilla. It’s just a dumb cat. What a waste of time.”

Developers at Red Team Blue were shocked by the community’s response.

“You’re telling me people thought there was gonna be a sequel?” asked Richard Walker, senior concept artist at Red Team Blue and primary caretaker of the 4-year-old cat, Chuck. “We definitely don’t have that kind of funding. I just thought it would be cool if my little guy had his own hidden room in the game. I mean, sure, he has his own Twitter and Instagram, but this is, like, his actual legacy.”

At press time, fans are in upheaval once again after discovering that the reward for clearing 100 levels in the game’s endless mode is a secret photo album of the entire teams’ pets.