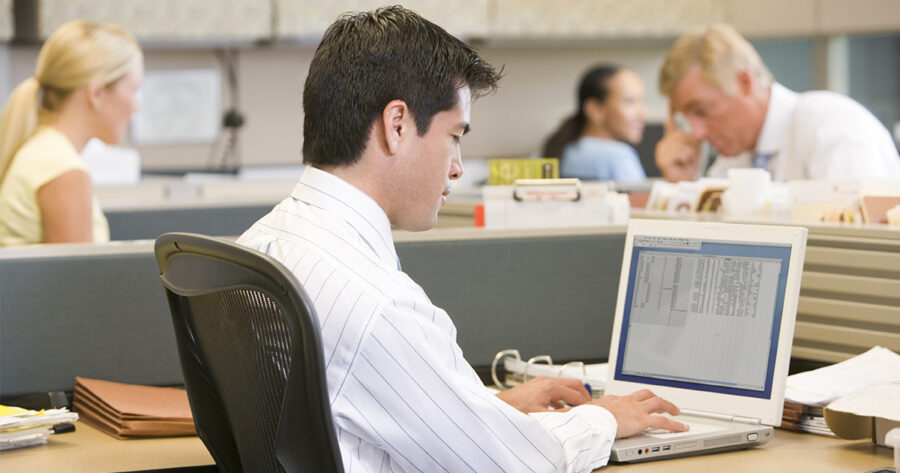 KALAMAZOO, Mich. — Employees at a local marketing agency have confirmed that IT support technician Sye Monteleone was given his third and final written warning after being caught in an idle animation by his supervisor for the fifth time this week.

“I understand that my employees have downtime between support tickets,” said Tori Kennedy, Monteleone’s boss. “This happens at every job, but it’s inconsiderate for employees to tap their feet, and point at their watches, and point towards the door as if they want to leave work early. It’s bad for company morale, especially considering he’s on a seven second loop.”

Coworkers say they’re not surprised that Monteleone’s behavior has continued.

“He doesn’t even hide it when he’s bored! At least most employees surf Reddit and alt-tab between windows so it looks like they’re busy, but Sye prefers to stand up at his desk, gesture to his left, gesture to his right, and then run in place while pumping his arms,” programmer Marty Christopher explained. “It feels passive aggressive; that seems like a lot more effort to me than just yawning or something.”

Monteleone, however, does not feel that he’s done anything wrong.

“It’s bullshit,” said Monteleone. “Everyone does it! My coworkers step away every hour for a cigarette break, there’s no reason why I shouldn’t be allowed to have an idle animation. Is it just that’s repetitive? Because I’d be happy to learn some taunts if that makes people feel more comfortable.”

At press time, employees at the marketing agency came to a compromise when Monteleone agreed to no longer use his idle animation, and instead, stand in a T-pose when he had no more work to do.