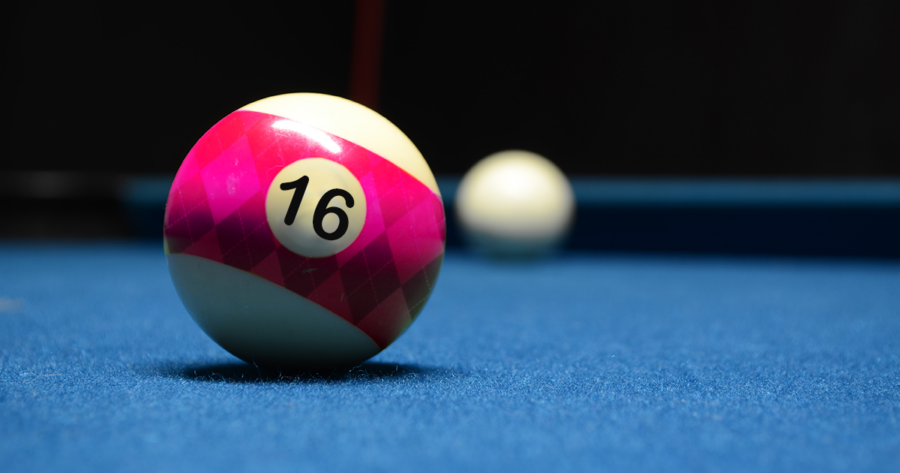 SEATTLE — Beloved parlor game Billiards, commonly known as Pool, will finally be getting an update with the addition of a new ball.

The number 16 ball has been rumored to be in development for years with fans speculating whether or not they’d ever see it. After a leak posted to Reddit last week, the ball was officially revealed during a livestream from the International Billiards Group, an organized body that governs billiards rules around the world. To distinguish the ball from both Solids and Stripes, the 16 ball will reportedly have an argyle pattern on it.

“FINALLY the update we needed to bring the game into the future, my grandpa is gonna be so excited,” commented BilliardLad88 under the YouTube video of the announcement, which, as of press time, has received hundreds of views.

Though the rules have rarely changed since the game was created in the 15th century, many had expected an update to the game to get it acclimated with modern times. However, some commenters did not appreciate the news.

Another commenter, xKingRalphx, said, “ANOTHER NUMBERED BALL?!?!?!? Ridiculous, you guys are obsessed with numbered balls. why can’t we get a lettered ball, WE’VE HAD PLENTY OF NUMBERS…”

The ball’s creator, Wendell Snerf, said in the livestream that his team has been working for a while to figure out what ball was needed.

“We tried changing the composition of the balls, the size of the table, but nothing worked well,” Snerf said. “In the end, our love of the game of pool brought us back to one simple idea: let’s just add another ball. More balls, more fun!”

The IGB finished the livestream by explaining that the new ball can be purchased next month at any local GameStop, and the game will be impossible to play in the future without it.