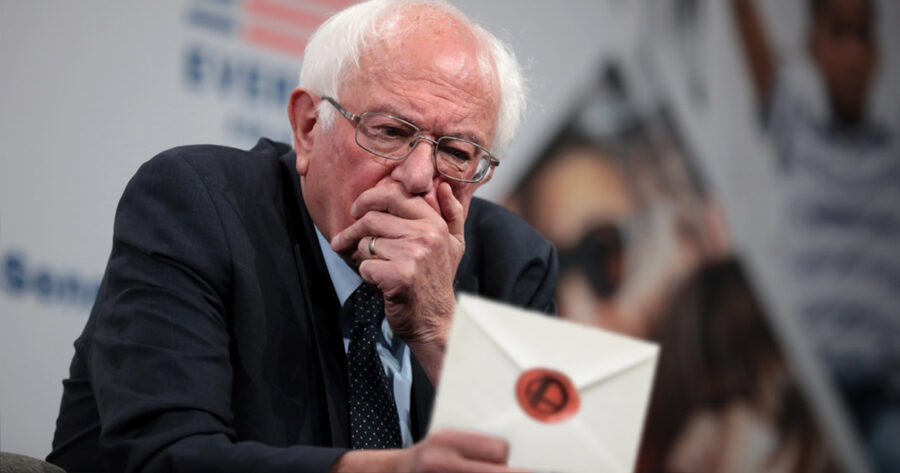 BURLINGTON, Vt. — Senator Bernie Sanders has reportedly received a mysterious white letter with a red seal less than a day after announcing he was dropping out of the Democratic primary for president, according to sources from within the campaign.

“I cannot get into the details at this time, but I have received a letter from Mr. Sakurai,” Senator Sanders said in a streamed video from his Vermont home. “Whether or not I am joining an organization to fight other heroes and villains of their respective realms is neither here nor there. But I will say this: while I used to say, ‘are you willing to fight for someone you don’t know?’ I now say, like my future colleague, ‘I fight for my friends.’”

Despite Sanders keeping his cards close to his chest as to whether or not he will join Super Smash Bros., political analysts agree that the move makes sense for him.

“Smash Bros. is an environment where fighters get the living shit beat out of them — beyond their control — and then they’re ready for the next battle, at no cost. That sounds quite a bit like Bernie’s Medicare for All proposal,” said MSNBC commentator Chris Christopher. “I think it’s very likely that we see Bernie join Smash Bros., perhaps with AOC, Nina Turner, and the bird that landed on his podium in 2016 as potential assist trophies.”

As of press time, Super Smash Bros. creator Masahiro Sakurai denied claims that Sanders would be joining his tournament, as well as the proposition from fans that Senator Elizabeth Warren could join as his alt skin, citing that “their moves would be far too different.”