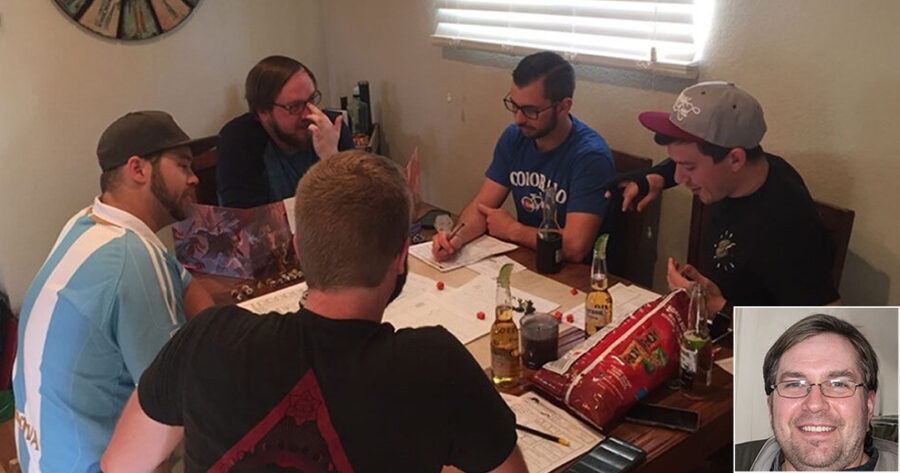 MIDDLETON, Wis. — Local dipshit and occasional tabletop gamer Christian Taylor has cancelled on his supposedly regular Dungeons and Dragons group yet again with the flimsy excuse of “my parents died.”

“I mean, if you don’t want to play D&D, you don’t have to. It should be a fun thing we do because we like it, not an obligation,” said group dungeon master Amber Cruise. “But come on dude, you can’t keep missing sessions like this with tired excuses like ‘My parents were in a car accident’ and ‘My dad is fine but my mom’s in critical condition’ and ‘Nevermind they’re both dead.’ It’s obvious you’re just too much of a bitch to drop out.”

The rest of the party shared Amber’s frustration with Taylor’s erratic schedule.

“We’re just sick of our party being so small,” said fellow player Connor Schmidt. “He’s super fun to play with when he’s actually around, but it’s just not worth it lately. Oooh your baby sister was in the car too, wow so heartbreaking. The party hasn’t had a cleric in a month, you dick. Our action economy is fucked.”

When reached for comment, Taylor brushed off the group’s concerns and was kind of a dickhead about it.

“What? I don’t have time for this shit I’m planning a quadruple funeral and I just found out that I might have Parkinsons,” said Taylor, crying. “Just make an NPC healbot or something if it’s that big of a deal, Jesus.”

According to those familiar with the situation, Cruise claimed she had heard it all before and wasn’t buying it.

“It’s just so disrespectful to everyone else’s time,” said Cruise. “I’d be more understanding if we were still playing in person, but we switched online on Roll20 last year when Covid started. Even if I bought his crap, hospitals have Wi-Fi. Keep your commitments.”

When reached for comment, neither of Taylor’s so-called “parents” responded, not wanting to be dragged into their son’s poorly constructed web of lies.