Apex Legends Broken Moon: All About The New Map

Everything to new about the new Apex map, Broken Moon. 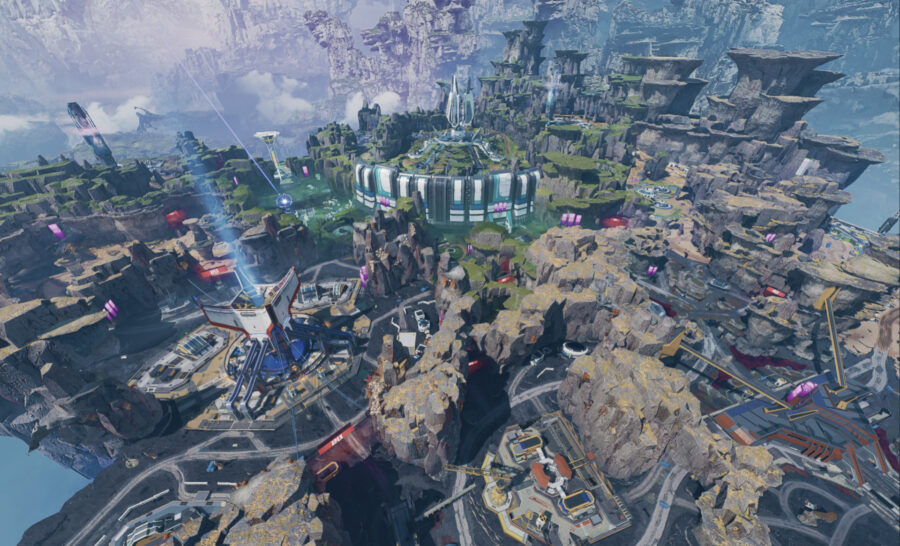 Apex Legends Season 15 is introducing a brand-new map and players are now headed to Broken Moon. One thing that sets the map apart from other maps in the game is the new Zip Rail mechanic. Players will be able to traverse the map over long distances using these Zip Rails that can take you to interconnected points of interest (POIs) at breakneck speeds. If you want to jump right in but don’t know how to play on the map, here is a breakdown of everything you need to know about Broken Moon. 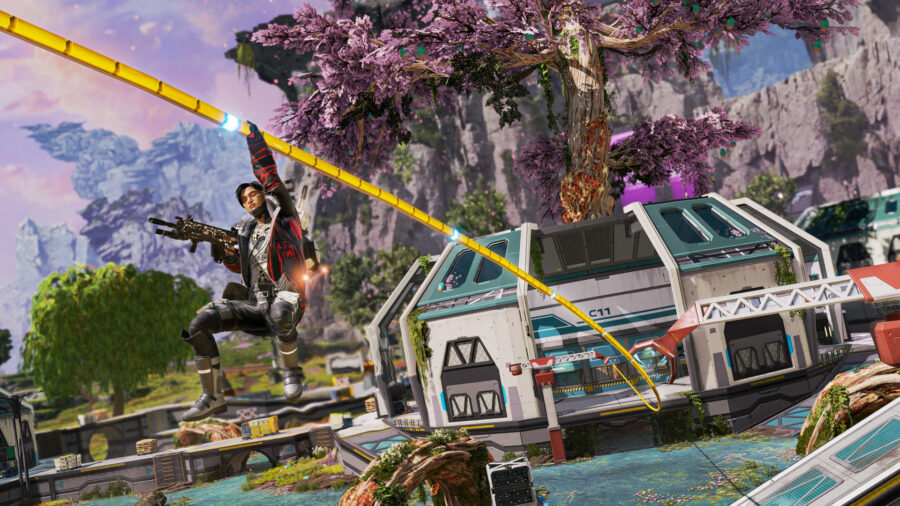 Broken Moon is a terraforming project commissioned by the Cleo Recovery Council. There was a catastrophic meteor impact that took place in 2708 and the Boreas Science Division helped make it a habitable environment by 2715. To keep the economy going, the Boreas government signed a contract with the Syndicate to introduce the Apex Games to the moon, which is why we are headed there to compete. The new map is similar to World’s Edge and it offers a wide variety of terrain just like the Season 3 map.

The highlight of the new map is the Zip Rail system which is designed to help players move from one location to another. This can be very useful to relocate to different POIs or get out of sticky situations. The Zip Rails will allow players to move much faster than Zip Lines, which we have on other maps. 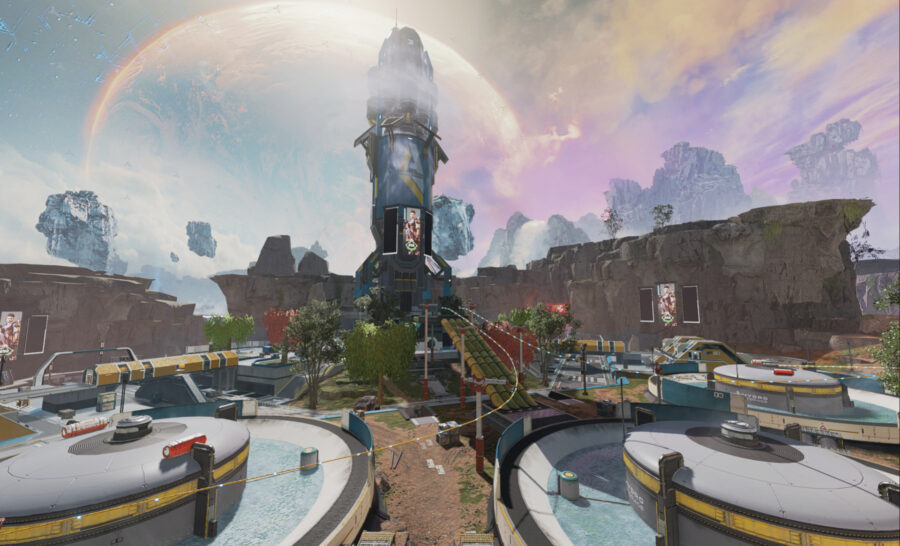 Here are all of the POIs in Broken Moon:

Terraformer: A large construction similar to Harvester in World’s Edge. The POI can easily accommodate up to four teams with multiple landing spots and plenty of loot.

Stasis Net Array: This facility keeps the debris above the moon from crashing down. The POI features multiple lanes that players can flank from and the main structure that will be heavily contested for loot.

Atmostation and Backup Atmo: This is one of the best POIs to use Zip Rails from. There are multiple spots in the area that allow you to latch on to Zip Rails and you can use them directly to other locations on the map.

Perpetual Core: The Core is surrounded by Zip Rails and it could be the go-to POI if you are looking for some action. There is a turbine that connects a bunch of Zip Rails which you can use to escape fights when things get too hot.

Bionomics: A sniper-friendly area that you can leverage to take out enemies from range. Players can dip in and out of the high ground thanks to multiple openings in each of the roofs of the circular buildings.

The Divide: If you are not accustomed to using Zip Rails, you will meet your end here. Two sides of the map are connected via Zip Rails and bridges and one wrong move could send you straight out of the map.

Alpha Base: This area is similar to the Divide but connected only via Zip Rails. There is a giant crater below which could be used for stalking your enemies and striking when the time is right.

Eternal Gardens: This POI is home to the only Jump Tower on the map. If you are looking to relocate quickly and do not have Zip Rails around you, the Jump Tower in the area can help you fly to safety in no time.

Breaker Wharf: One of the best POIs in terms of combat opportunities. You can use the parallel structures to fight at a distance and there are escape routes aplenty if you ever need to use them.

Production Yard: This is one of the largest locations on the map multiple small areas lead to one giant structure where multiple teams can brawl it out for victory.

The Foundry: Yet another POI that offers enough loot for several teams. You don’t have to worry about loot if you’re hot dropping here as there are plenty of lootable areas before you head into a fight.

Dry Gulch: The location has multiple vantage points that you can use to your advantage. You can look down the sightlines and catch enemies walking into the POI with a sniper thanks to all of the high ground available for you to claim.

Cultivation: A small area that is hidden away from the big bulky buildings on the moon. This is one of the easiest POIs to defend and you can take advantage of the waterways to sneak into the POI without being detected.

Promenades: The POI connects the northern and southern parts of the map and offers plenty of loot if you need to replenish your inventory while rotating. It is located at the center of the map and you should be able to engage any POI of your choosing after looting up here. 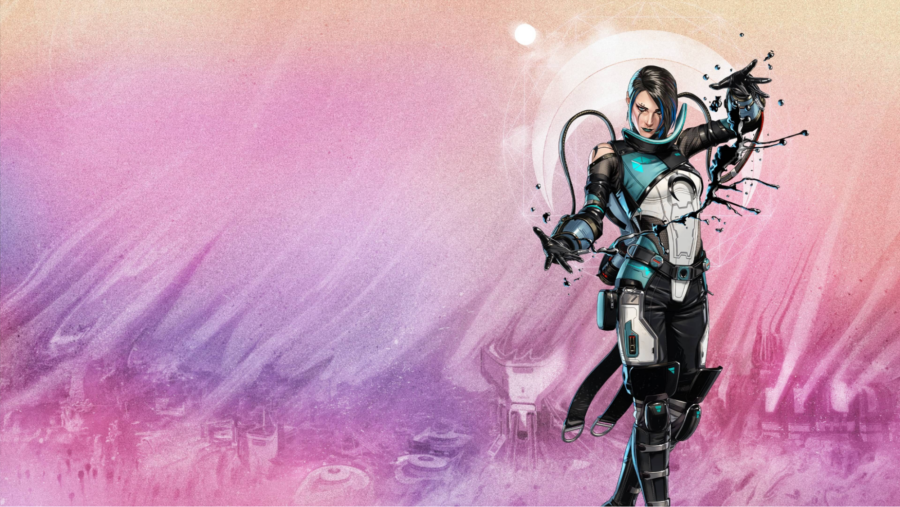 Here are some useful tips that can help you master the new map:

Use Valkyrie for Redeployments: Valkyrie is extremely useful on the new map despite Zip Rails being added for movement. There is only one Jump Tower and if you want to go to an area of your choosing, Valkyrie can allow you to fly to safe locations without putting your ranked points at risk.

Catalyst is Here to Break the Meta: The new legend Catalyst can use her ferrofluid to block enemy scans. This means that meta legends like Seer can be countered using the new legend and you should take advantage of her kit.

Try All the POIs: You should experiment during the first few days on the new map and figure out which POIs you are comfortable with. We recommend Promenades and Cultivation to start, as they are unlikely to be heavily contested, but you will be able to rotate to fights very easily.

Learn Rotations: The Zip Rails on the map connect you from one POI to another and it is important to learn which Zip Rails you need to take if you want to move to specific POIs.

The new map can feel daunting to learn, but once you figure out rotations and positioning, you will be raking in those ranked points in no time!