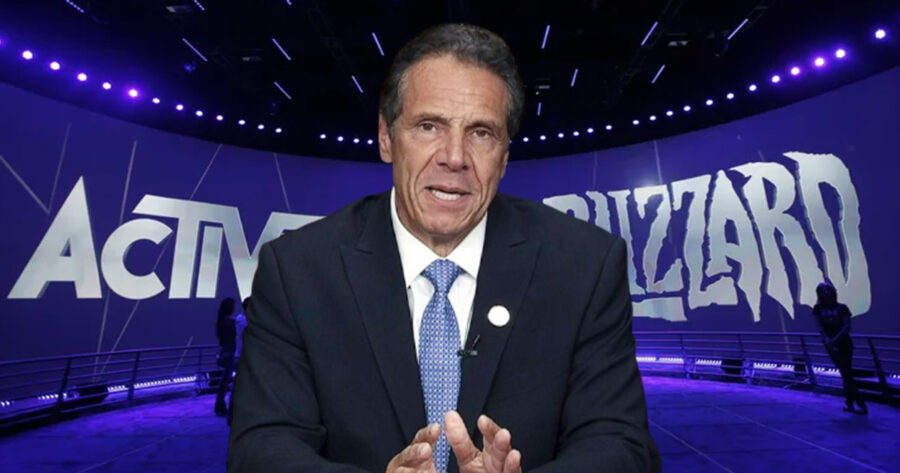 “It is not yet known what Cuomo’s new role in the company will be, but it is an executive position near the head of the company,” revealed a source close to the information. “What I know is that he was chosen for his bureaucratic experience, smart politicking, and his ability to fit in with the company’s culture. Activision Blizzard is especially interested in his history covering up major scandals like the death of thousands of people at nursing homes due to COVID-19. Who knows how that kind of expertise could be applied to the video game world? We’re living in very exciting times.”

According to Cuomo, he is excited for the opportunity to be in an executive position once again, and hopes to eventually become the President of Activision Blizzard.

“Activision Blizzard has unfortunately fallen on hard times recently, and I am excited to help them find themselves in my own way. As an Italian, it has been incredibly difficult for me to express myself in an Italian way at many different jobs. Activision Blizzard, however, has assured me that this will be no problem here,” Cuomo said in a statement to the press. “Because I love Activision Blizzard very very much. I am a Terran. I am a Zerg. I am a Protoss. I am a member of the Alliance. I am a member of the Horde. I am a D.Va main. I am a Junkrat main. I am a Genji main. I am a Diablo character. I am a generic soldier guy from Call of Duty. And I am Crash Bandicoot.”

At press time, Cuomo had already reportedly finished a first draft of his new book detailing how he solved the crisis at Activision Blizzard.