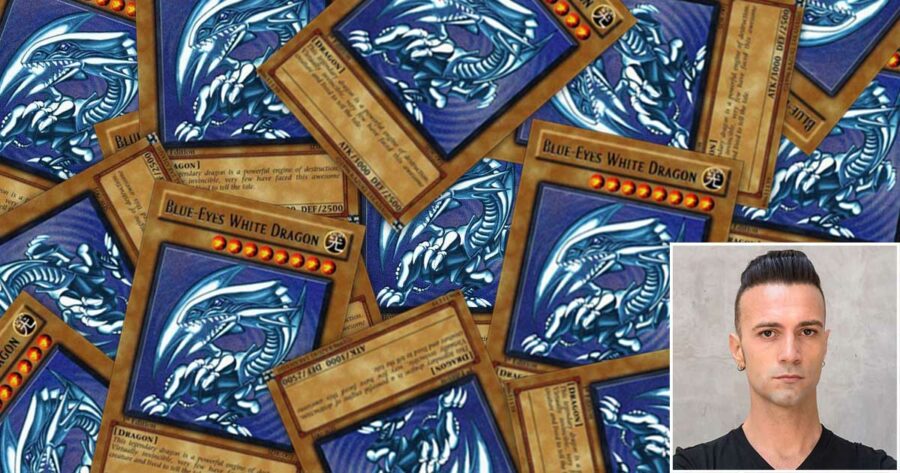 McALLEN, Texas — Local Yu-Gi-Oh! player and outspoken alt-right activist Jason Redmond has been banned from tournaments of the popular card game after drawing heavy criticism and condemnation from the community for attempting to compete with a deck consisting of fifty Blue-Eyes White Dragon cards.

“I don’t see what all the fuss is about,” defended Redmond, holding his deck of fifty pristine Blue-Eyes in a stainless steel briefcase. “I firmly believe that the perfect playing deck should only consist of monster cards. There’s no need for magic or trap cards, which really just ruin the purity of the game. Also, specifically it’s better if all cards are Blue-Eyes White Dragon, but I’m sure I don’t have to explain that.”

Members of the Texas trading card scene applauded the decision by tournament organizers to remove Redmond from all local competition for his act of hate speech.

“What Redmond has tried to bring into our community is not only morally abhorrent, but also against the rules of the game,” said local organizer Scott Spencer. “You literally need three different types of Yu-Gi-Oh decks with a range of various card types to be eligible for gameplay. Like, having a diversity of cards is literally needed to make the game function. That’s not just a metaphor, it’s in the rulebook.”

When asked for a comment, local game-makers or and official governing bodies stood by their decision, citing a violation against the integrity of the game.

“I’m glad something’s been done to stop him and his warped view of the game,” said local player Sarah Muñez. “Redmond’s insistence to play with the only one type of monster card made him a terribly predictable opponent, so it was crazy easy to sweep him in matches. Seriously, his idea of the game is pathetic in every sense of the word.”

At press time, following his dismissal from the local Yu-Gi-Oh! scene, Redmond was reportedly in the midst of brainstorming how to express his bigotry through competitive Beyblade tournaments.