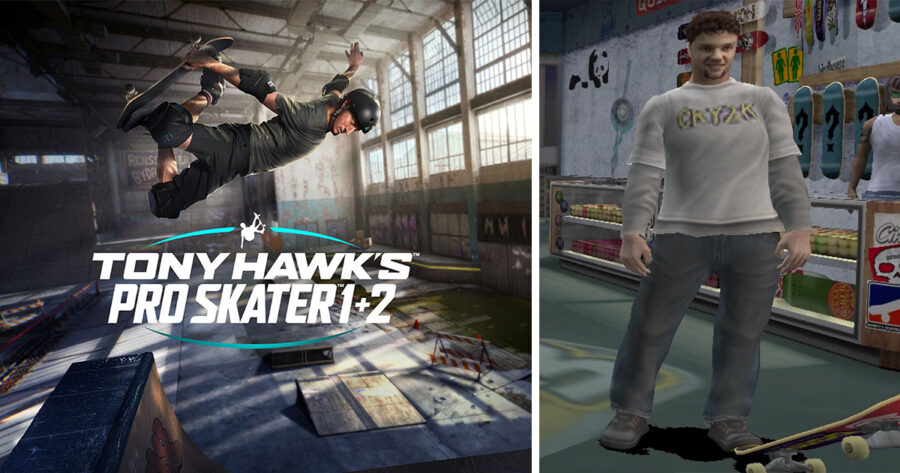 SANTA MONICA, Calif. — Promising that they would release a definitive version of the 2001 classic as soon as modern processors are able to catch up to their bold vision, Activision announced today that although they will soon release a modern remaster of Tony Hawk’s Pro Skater 1 + 2, that they will hold off on remastering Tony Hawk’s Pro Skater 3 as well until consoles are capable of rendering skateboarder and Jackass star Bam Margera in full detail.

“We’re all excited to work with Vicarious Visions to bring this series back to life and to reunite players with all of its unforgettable stages and skaters,” said Activision CEO Bobby Kotick in a prepared statement. “Technology has grown in leaps and bounds since the original game was released in 1999, and we look forward to giving you the Tony Hawk experience like never before. Unfortunately, you won’t be able to hit the half-pipe with Bam again just yet, and for that we’re sorry. But we all want to make sure we get him right this time, so please be patient.”

“Rest assured, our whole team is hard at work to make this a reality next generation,” Kotick continued. “With the ray tracing and teraflop-computing potential of the PlayStation 5 and Xbox Series X, we’ll soon be able to render the mischievous Bam Margera along with all of his tattoos and Jackass-related scars with stunning realism.”

Members of the development team behind the remasters, which include former Neversoft employees who worked on the original games, gave accounts of the difficulty they encountered while prototyping HD models of Margera.

“The models we made for all of the skaters in the game are really detailed,” said senior character designer Janette Diaz. “But none of them have as much heart, soul, or glimmers of personality behind their eyes like Bam does. We tried for months to get his devilish grin just right, but we don’t quite have the polygon count to get past the uncanny valley yet. I bet by the end of the next console generation we’ll be able to really do him justice.”

Fans online were disappointed by the news, but supported Activision’s decision.

“Really bummed they’re not releasing the whole trilogy at once, but I’m willing to wait if it means they’re gonna get Bam’s character model right,” said Reddit user u/GrindOverMatter. “When I was a kid, that blocky, polygonal version of Bam wasn’t much to look at, but with enough imagination you could really imagine becoming him and skating around getting into all sorts of trouble. If they’re going to try and recreate that experience, I want it to really blow my mind this time. So I hope they take as much time as they need. Viva la Bam!”

At press time, Activision announced that the remasters would once again feature Spider-Man as an unlockable character, which enraged fans after they discovered that the character model for Spider-Man had been completely copied over from Insomniac’s 2018 Spider-Man game.