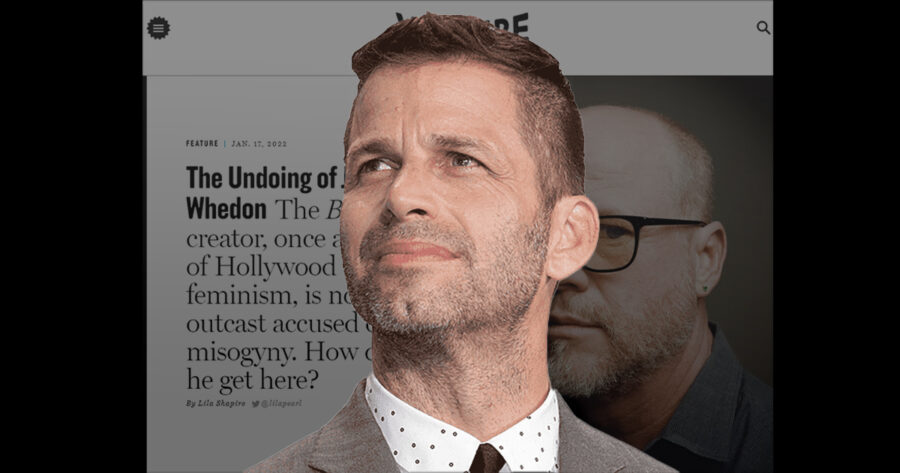 LOS ANGELES — Filmmaker Zack Snyder announced today that he is working on a 4-hour remake of Joss Whedon’s interview with Vulture in which he attempted to address some of the many accusations and criticism leveled at him by collaborators over the years.

“In 2021, they brought me in to repair Whedon’s mangling of the Justice League movie,” explained Snyder. “So it made sense for me to come in and turn this article into something that better fits my vision. Lower the saturation, rework the edits, get rid of the creepy sexual stuff — definitely cut that part where Whedon says that he ‘had’ to have affairs with young women on the set of Buffy the Vampire Slayer. This is my vision of the Joss Whedon Vulture article and it feels good to finally release the version that I wanted made.”

Those who read Whedon’s interview were thankful to hear that Snyder was taking on the remake.

“Tonally, Whedon’s interview was all over the place. You can really tell it was made by someone who had no idea what he was doing, stitching together a bunch of different stories and apologies together into a nonsensical ugly hodgepodge,” said Andrew Partridge, a film critic. “Is Snyder going to make it good? Almost certainly not. But he can make it better, for sure. The Snyder Cut of the Vulture Interview should hopefully, at least, bring closure to fans who waited a long time for this interview only to find it nonsensical, full of plot holes, and dismissive of people of color.”

“I DUNNO WHAT THE JOSS WHEDON INTERVIEW IS,” said Twitter user @Batman4Ever69420, “BUT FUCK THAT GUY FOREVER!!! RELEASE THE FUCKING SNYDER CUT, WHAT EVER THAT IS!!!!!”