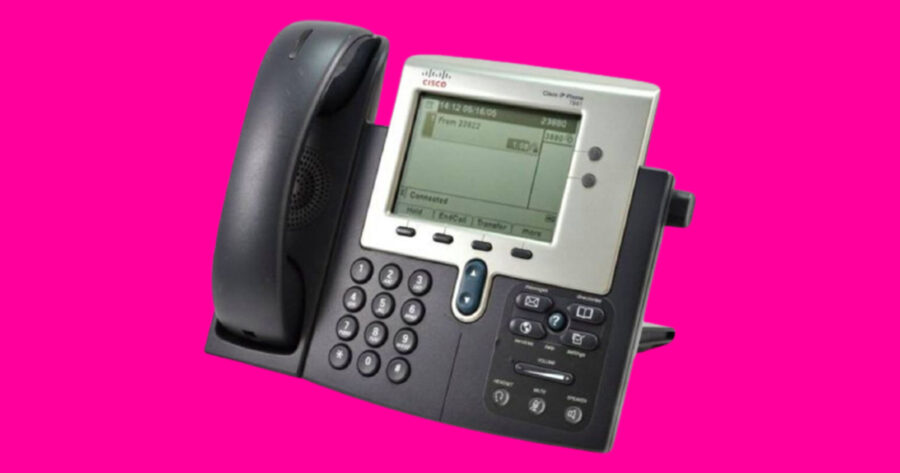 “As a company, we are disappointed about this completely unexpected delay. We were going to add all kinds of cool new stuff to the phone, like a color screen, and a cord that doesn’t tie itself into a million knots whenever you touch it,” said Cisco CEO Chuck Robbins. “We were totally gonna do that, this year, if it wasn’t for the dang COVID. Shucks.”

The announcement was devastating for passionate fans of Cisco’s flagship office phone.

“I love the thing so much. It’s hard to pick my favorite feature, whether it’s the dozen buttons that don’t do anything, or the form factor—I love how it’s the size of three bricks stacked on top of each other,” said local office worker Karey Reiner, who had yet to use the phone a single time during her three years on the job. “I was so excited to see what kind of sick moves Cisco was gonna make next. Oh well, maybe in another 20 years.”

Industry analysts predicted a huge drop in Cisco stock, as the company was expected to fall behind in the extremely competitive market for B2B enterprise hardware.

“This is going to be crushing for Cisco. As we all know, private enterprise is what drives innovation. Corporations are never going to settle into a grift where they just buy the same crap at an inflated price, over and over, every single year,” said Wall Street Journal finance reporter Chuck Houston. “That would be stupid.”

Other rumored delays included updated payroll software, a faster VPN for working from home, and fixing that fucked up bathroom on the third floor that always smells like shit.