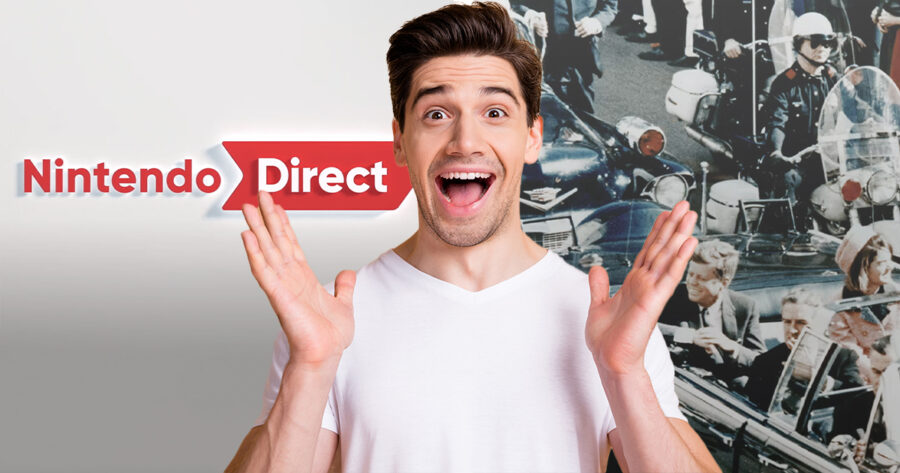 ORLANDO, Fla. — YouTuber TheGravyGamer set out to predict what Nintendo might reveal in its next Direct, only to find out who really assassinated former United States president John F Kennedy.

“I expected to find out maybe they’d announce Super Mario Odyssey 2 or even some DLC, so I talked to some trusted sources and did a little digging on my own, and holy shit there is so much we don’t know,” explained TheGravyGamer. “It turns out Lee Harvey Oswald never even fired the rifle that killed JFK. And if you think that’s wild, just hold the fuck up because it goes a whole lot deeper than that. Oh, and I guess Metroid Prime 4 is like, halfway through development, too.”

TheGravyGamer is currently listed at just over 600,000 subscribers on YouTube. While some fans are along for the ride no matter what, others appeared confused at the dramatic shift in tone and content.

“So… is E3 happening or not?” began one comment by SplatoonFan05. “I heard Nintendo was going to bring GameCube games to the Switch any day now, but I guess it’s cool to know that Jack Ruby, known associate of the Kennedy family and murderer of Lee Harvey Oswald, was also a paid government actor and a mafia hitman at the same time. I just kinda wanna know if we’re getting a Breath of the Wild 2 trailer or not.”

In his latest video, which currently sits at over 2 million views titled “What They Don’t Want You To Know,” TheGravyGamer appeared somewhat shaken and disturbed compared to his usual lighthearted and jovial disposition.

“Yeah, Switch Pro, coming out first quarter 2023, 4K resolution, open-world Banjo-Kazooie, whatever. But listen,” TheGravyGamer continued on. “It only begins with the CIA. Bay of Pigs, Operation Mongoose, the first Nuclear Weapons Treaty—ring any bells?! JFK was no spring chicken, that much is for god damn sure, but next Tuesday I am going to shock the world and reveal who really killed Kennedy, provided Nintendo doesn’t announce a new Pikmin or Paper Mario reboot by then.”