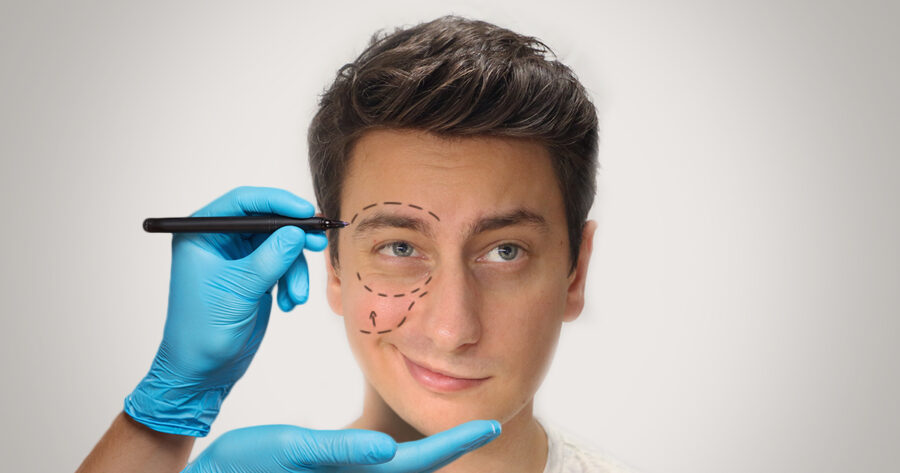 “I was getting really tired of contorting my face everytime I made a new video thumbnail,” Jeffception explained post-surgery. “At some point, I figured it would just make more sense to get a facelift to hold it in place. I can’t wait to show people how incredulous I’m going to look after the next Nintendo Direct.”

Jeffception chronicled his surgery experience in a new upload titled “WORST FACELIFT EVER!?? – BRUTALLY HONEST POST-OP REACTION.” The 15-minute video is accompanied by a thumbnail which features a heavily sedated Jeffception smirking wryly through bandages.

“It took a lot of anesthetic to get him to go under,” said Dr. Norman Singer, who oversaw the procedure. “When he laid down for the operation, he kept saying ‘Yo what’s up guys’ to every nurse. We asked him to calm down and count backwards from 15. Instead, he just said he’d get to that in a bit, but that we should remember to follow his channel first. It took a full 10 minutes to actually get to the operation.”

The facelift led to an immediate bump in Jeffception’s viewership, as curious gamers flocked to see his hot reactions to the latest news. Unfortunately, it had unforeseen consequences to his personal life, as his closest friends said that it has become impossible to tell when he’s being sincere and when he’s being cynical.

“We’ll be talking movies, and I’ll say something like ‘I’m looking forward to Tenet,’” said lifelong friend Louis Bouchard. “And then I look at him and he’s staring at me with this shit-eating grin, like I just said the stupidest thing he’s ever heard. He always has to assure me that he just has Resting YouTube Face now.”

With his face fully healed, Jeffception said he’s already considering a second surgery to get his thumb and index finger permanently stapled to his chin.